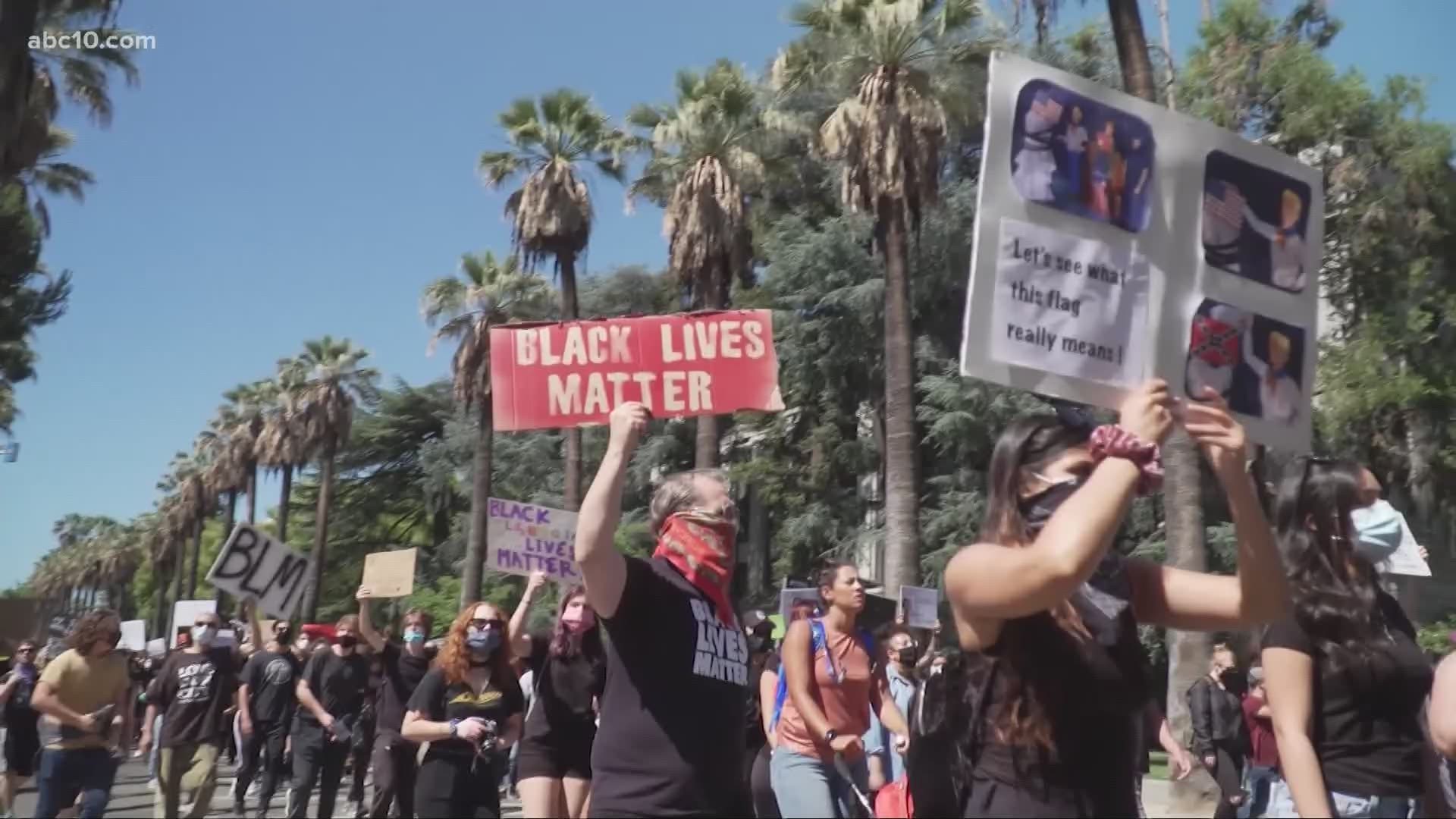 SACRAMENTO, Calif — Like many parts of the United States, Sacramento County has seen a spike in coronavirus cases. On Monday, health officials reported 228 new cases, followed by more than 200 on Tuesday, leaving Sacramento County with 3,223 with 68 deaths.

While both state and local public health officials have attributed the recent spike to the loosening of the state restrictions, some have questioned if the protests following the death of George Floyd have also contributed.

Floyd, a 46-year-old Black man, was killed after a Minneapolis police officer pressed his knee against Floyd's neck until he became unconscious. The death, which was recorded on cell phone video, resulted in millions of people around the world forming massive protests in the middle of a pandemic.

So are recent spikes in COVID-19 cases related to the protests?

To verify, ABC10 reached out to the Sacramento County Department of Public Health as well as cited a study from the National Bureau of Economic Research, a non-partisan and non-profit research group.

The study from NBER used data from protests in over 300 large cities across the U.S. and found no evidence that recent demonstrations led to a spike in the number of coronavirus cases.

Janna Haynes, a spokesperson for Sacramento County, told ABC10 that they’ve seen less than 10 people test positive for COVID-19 after the cited a protest as their recent activities.

Keep in mind that health officials can only keep track of data when people test positive and are transparent about where they have been.

Instead, Sacramento County officials point to large private gatherings as the cause for the coronavirus spike.

"We feel that easing restrictions directly resulted in the feeling of safety for people to start gathering in homes," the county health department said. "People that weren't gathering with family/friends a month ago are now gathering. Easing restrictions has provided a false sense of security."

So here's what ABC10 can verify:

National research does not support the claim that protests following the death of George Floyd contributed to the recent spike in coronavirus cases.

What has led to the increase, however, are the state and local reopenings that have prompted people to leave their homes for small gatherings with friends and family despite the ever-present threat of the virus.