A free copy of a paper called "The Epoch Times" is landing unsolicited in mailboxes around the United States and the globe. Our team fact checked it. 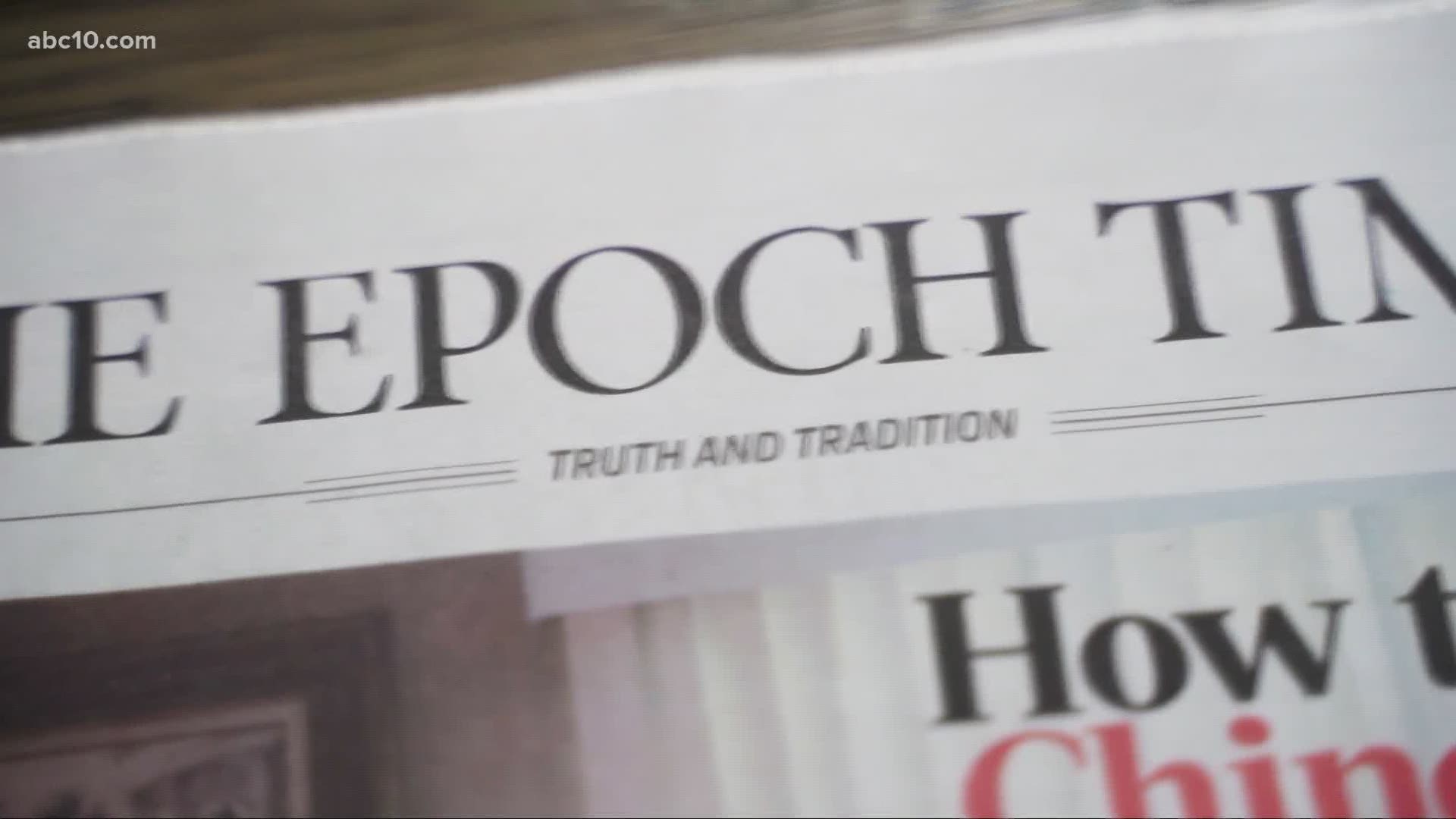 SACRAMENTO, Calif. — If you’ve heard of The Epoch Times, you probably know it as a pro-Trump media outlet.

The expanding conservative paper has gotten attention by dabbling in far-right conspiracy theories and paying for ads to promote President Trump.

The one that landed in my Sacramento mailbox came bulk mail from a California address, but people are getting a version of this The Epoch Times “Special Edition” in Canada and Australia, too. That’s because The Epoch Times isn’t about American politics as much as it’s about as China’s politics, which we’ll explain further below.

But first let’s seek to Verify what this paper says: that the coronavirus is part of a Chinese government cover-up with potentially sinister origins.

The claims the paper makes to support that are a mixed bag that range from factual to ludicrous.

CLAIM: China silenced doctors who warned of the new virus

You will find grains of truth in the 8-page paper that solicits new subscribers. For instance, it contains a timeline that prominently features the story of Dr. Li Wenliang, who got in trouble with Chinese authorities for sounding the alarm about the virus in Wuhan.

The government apologized for cracking down on Li... posthumously. Li died of the disease in February.

As you can see in the independent sources we link to, this story is verifiably true. But the paper also has articles that go out into left field.

The free paper has an article promoting the idea that a drop in cell phone subscriptions means millions more Chinese people than reported could have died of Coronavirus.

While the full-page article admits it's not proof of anything, the very idea is pure speculation. Furthermore, a 21-million cell phone user fluctuation in China isn’t unusual.

Since this statistic came out, the next month’s data showed an increase of 10 million users.

More than a billion people live in the country and many use multiple SIM cards.

CLAIM: The novel coronavirus could have emerged from a Chinese lab

The paper’s repeated insinuations that the new virus may have come from a Chinese lab is unfounded and generally ruled out by virus researchers around the world, who have a consensus view that the virus spread from animals to humans.

But this paper gets wilder…

After giving several purported examples, The Epoch Times has this advice if you get COVID-19:

“If someone is infected… we suggest that he or she sincerely says ‘down with the CCP.’ Maybe a miracle will happen.”

This is make-believe. There’s simply no evidence that saying or feeling bad things about the government of China can help you recover from the virus.

That claim makes a lot more sense when you realize that this newspaper is actually part of a spiritual war against the communist party in China.

The Epoch Times sprung out of Falun Gong… a Chinese spiritual practice that involves body movements and meditation.

Falun Gong decided to fight Chinese propaganda with its own: most notably, the dance show Shen Yun.

Ads for Shen Yun sell theatergoing folks on folkloric-looking Chinese dance and orchestra, but leave out that the show also contains skits about the evils of the Chinese government.

One night years ago, it made for a disappointing date for this reporter. I didn’t document those skits, but thankfully Alix Martichoux of SFGate did:

"A group of communist cops swarmed the park and beat the Falun Dafa practitioners. A good guy jumps in to defend them, but is jailed along with the rest. In prison, the group was tortured. The man who interfered was blinded. After release, the practitioners headed back to the park. The man went back to standing in the same place with the sign ‘Falun Dafa is good.’ But, of course, the cops came back."

That’s how Falun Gong reaches people who go to the theater.

The Epoch Times is the same movement’s way of reaching a different audience: conservatives in America and elsewhere around the globe.