Kevin Harvel said his family was in the midst of a normal Sunday night when his almost 2-year-old son, Charlie, found a grape in one of his older sister’s toys. 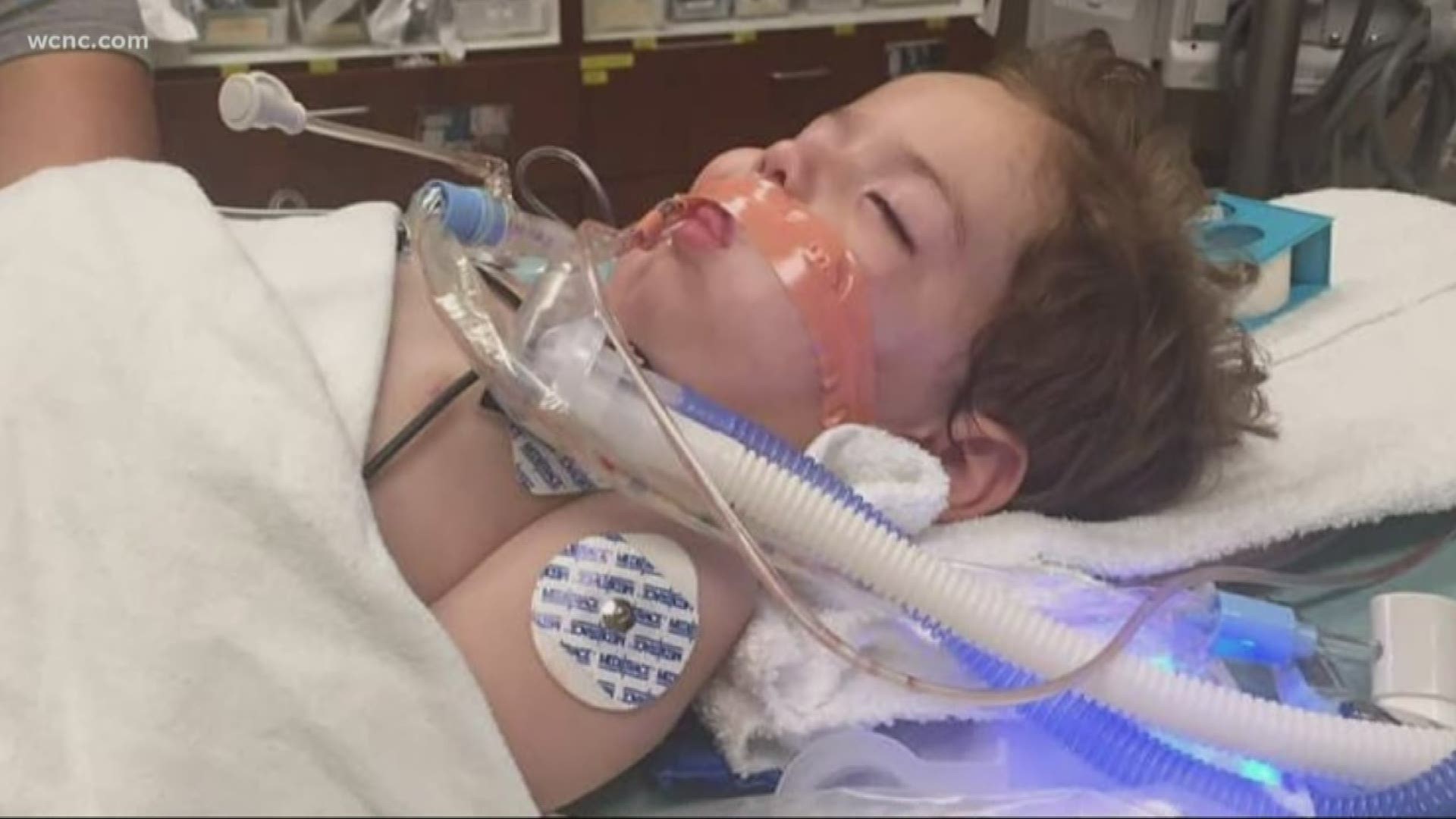 INDIAN LAND, S.C. — An Indian Land family is warning other parents to be prepared with an emergency plan and CPR training after their son unexpectedly choked on a piece of food.

Kevin Harvel said his family was in the midst of a normal Sunday night when his almost 2-year-old son, Charlie, found a grape in one of his older sister’s toys.

"Put it in his mouth, and immediately just went into distress,” Harvel said.

Harvel said his wife, Stacey, immediately went into "mom mode", picked Charlie up, and started doing back thrusts to try to get the grape out.

Kevin and Stacey said they trained in CPR before their children were born as a precaution.

"What you don't understand until it happens is shock and your body's fight or flight response," Harvel said, "because that takes over."

When Stacey’s attempts to dislodge the grape didn’t work, the parents then called 911 and ran outside yelling for help.

Harvel said, thankfully, neighbors ran over to help. They were able to pop the grape out and start CPR before medics could arrive.

"I feel like we owe Charlie’s life to them," Harvel said.

The family is now urging other parents to be trained and ready for the unthinkable.

"Just be ready, you know," Harvel said. "Talk about things that are uncomfortable. This is obviously something that's been uncomfortable. I wish we never went through it, but I'm convinced there is a purpose and a reason that we did."

The American Red Cross offers a list of tips for giving infant or child CPR. These include step-by-step instructions to check the infant or child for a  response before administering care.