Dr. Payal Kohli says first and foremost, the number one thing outdoor workers need to remember, is to stay hydrated. 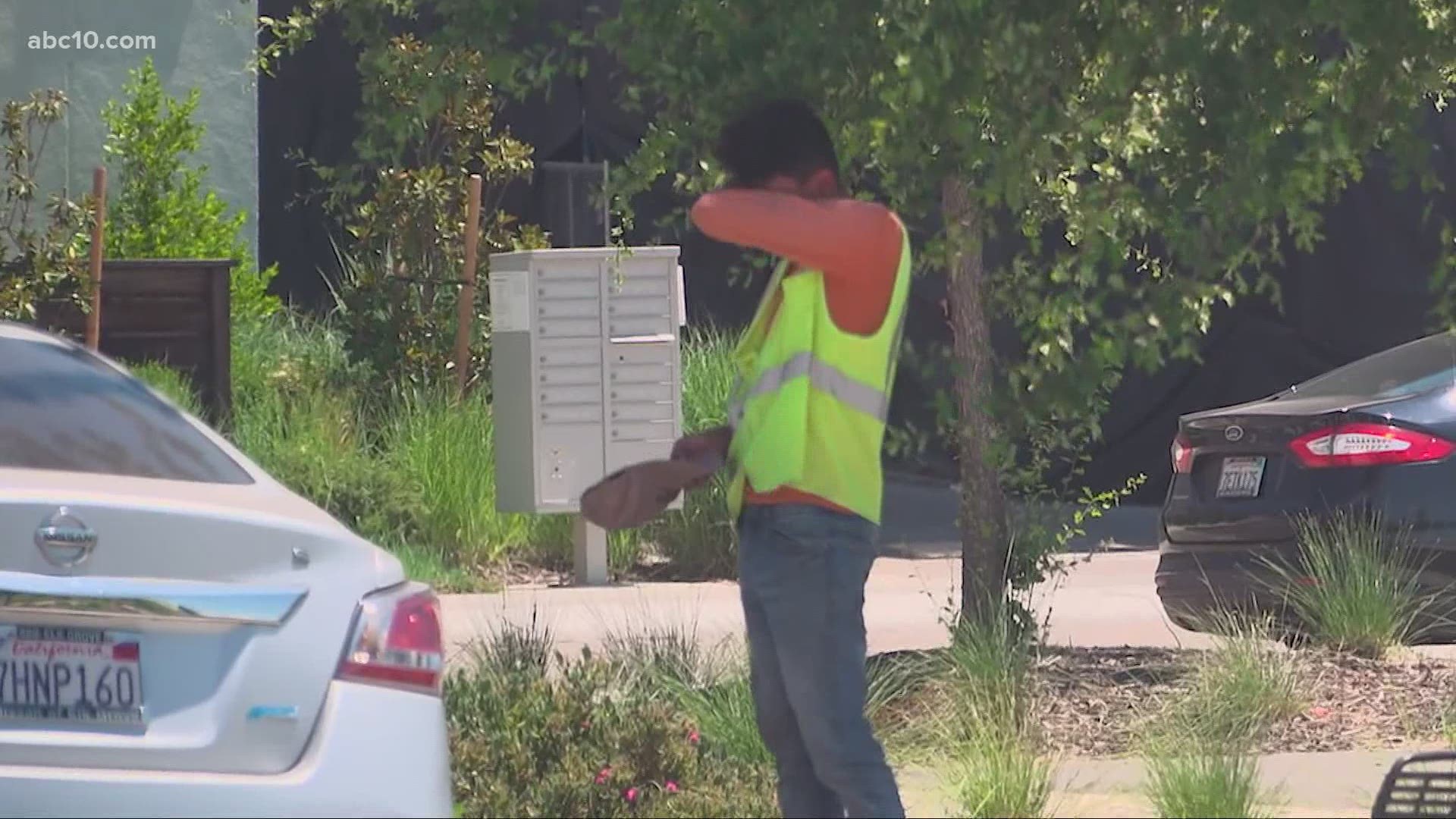 SACRAMENTO, Calif. — As temperatures soar to new highs in the Sacramento region, there are still many people that have no other option but to be working outdoors, without any air conditioning.

Thursday morning was an early one for Ruben Ramos.

"I prefer this," Ramos said.

He started his workday two hours early at 4 a.m. so they can be done by noon, before the serious heat set in, laying concrete and putting in a new basketball court near Mama Marks Park in Del Paso Heights.

"It’s better because early in the morning, it’s not too hot for us, and it's good for us and it’s good for the concrete too," he said.

He was covered practically head to toe to protect his skin.

"You know when you’re in the sun all the time over the years, you can get sick in the skin," he said.

It’s no different for Sacramento firefighters like Patrick Norville who also, have no other choice but to be working outdoors.

"This is nothing for me, compared to what my crew is going through," Norville explained.

He says for his crew, it’s about keeping their core temperatures down.

"We'll use cold water for our outside and cool the core down, you can only drink so much before you get an upset stomach and the real thing is getting their core down, so we’ve got shade here, we’ll use any means that we can to drop the temperature 10, 15, 20 degrees in between our evolutions and what we’re doing," he said.

"The heat is a serious opponent and we should not take it lightly," Kohli explained.

Dr. Kohli says first and foremost, the number one thing outdoor workers need to remember, is to stay hydrated.

"Now remember, you’re sweating off sweat which is a sodium chloride in it, so it’s both water as well as salt, so you want to try to replete yourself not just with plain water but ideally with some sort of an electrolyte solution," she said.

She says workers should also try to keep a fan nearby when possible, cover up their skin, wear a hat, sunglasses and sunscreen.

"Then of course you want to make sure that you are doing something every few hours to take a break, to get out of the heat, to cool your body back down so it doesn’t really get out of control," she said.

WATCH NEXT: Flex Alert: Best practices for saving energy amid the heatwave