The proposed ban comes on the heels of several recent deaths associated with vaping across the country. 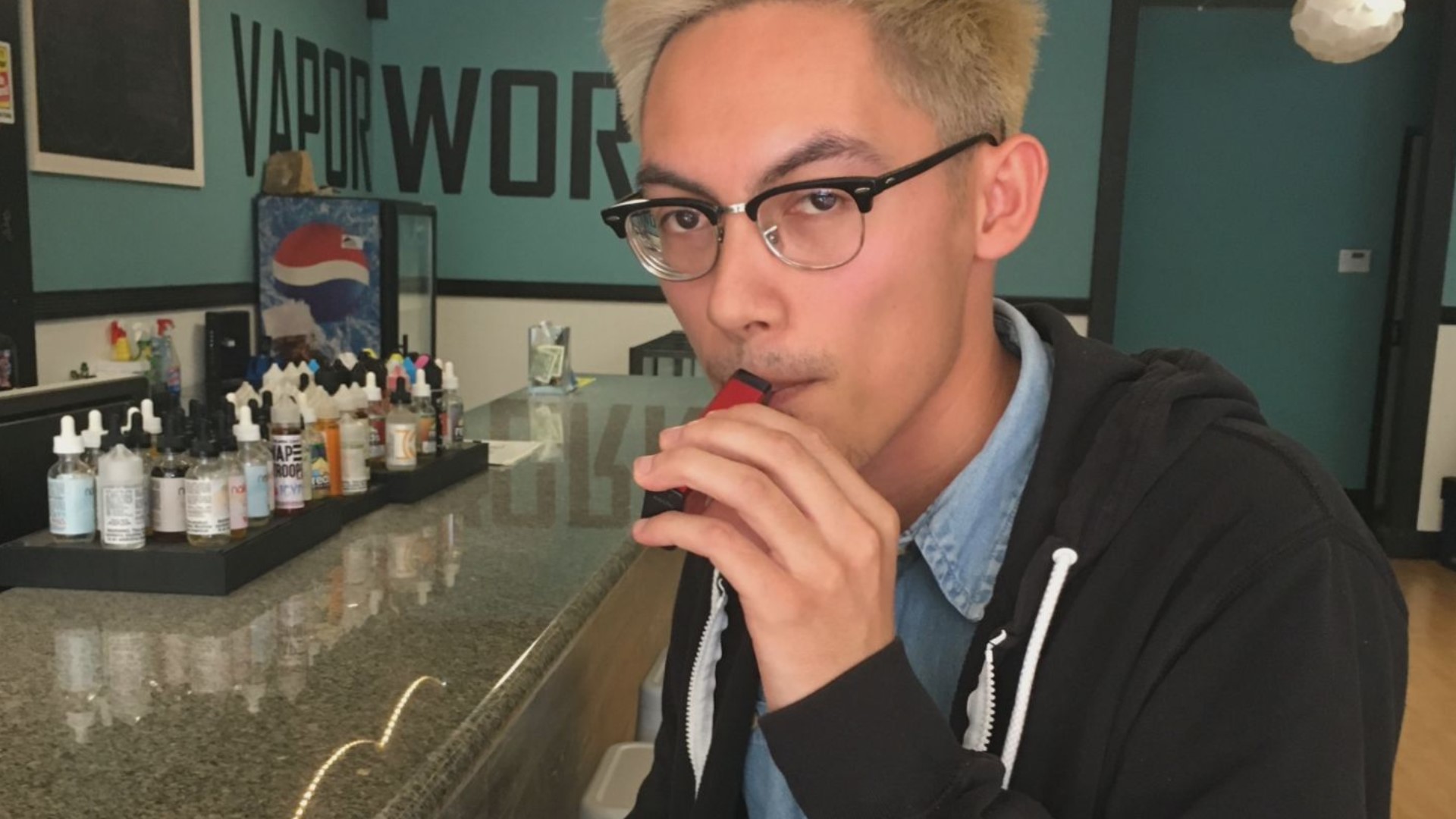 STOCKTON, Calif. — For six years, 23-year old Jay Manalo has not only been a "vaper," but also a so-called vaping trickster, transforming the vapor into shapes.

"[I used] to be an Instagram influencer for vaping," Manalo told ABC10.

But more than that he says vaping improved his health, after he smoked cigarettes for two years, starting at age 15.

"As soon as I switched to vaping, in a matter of weeks I noticed that my breathing was easier. I was able to taste better," said Manalo.

But now, stores he goes to, like Vaporworkz in Stockton, are facing a ban on the sales and distribution in San Joaquin County.

Credit: AP
Juul products are displayed at a smoke shop in New York, Thursday, Dec. 20, 2018. Altria, one of the world's biggest tobacco companies, is spending nearly $13 billion to buy a huge stake in the vape company Juul as cigarette use continues to decline. (AP Photo/Seth Wenig)

The surge in recent deaths across the country associated with vaping has prompted District Attorney Tori Verber Salazar to propose a stop to e-cigarettes.

“As you know, most of these carry nicotine, highly addictive leading to chronic health problems including substance abuse disorder, addiction, lung disorders and exposure to toxic chemicals," said Verber Salazar at Tuesday's San Joaquin Board of Supervisors meeting.

There are hundreds of “juices” to choose from at a vape store, including flavors like apple juice, icy pop, lemon, mango and many more.

And, there lies Salazar's other argument, as well as the federal government's argument, that the flavors are marketed towards youth to get them hooked on nicotine, which has led to deadly consequences.

But Marco Ramos with Vaporworkz believes so-called "bad juice" on the streets is what's behind the sudden deaths.

"I feel like there should be some more regulation towards anything you can find on the street. Regulations on getting the stuff being sold on the street like completely out," said Ramos.

There is no date set yet to further consider the e-cigarette ban in San Joaquin County.

WATCH ALSO: Why are flavored tobacco products & vaping so controversial? | Connect the Dots