Insiders in the vaping industry responded to the national news regarding vaping illnesses that have been reported all over the country. 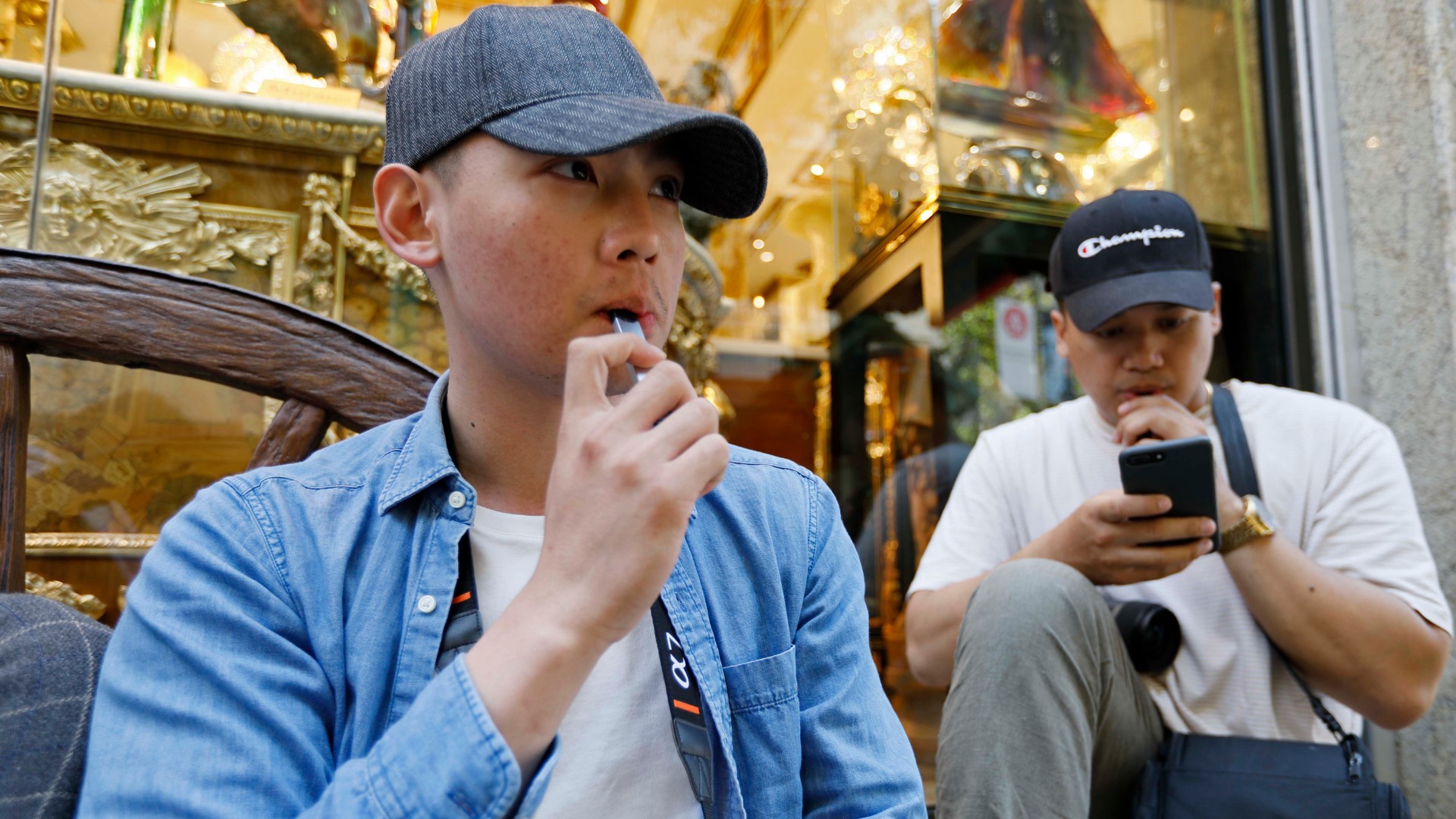 SACRAMENTO, Calif. — Vape Bunker by Doomsday Gourmet typically gets about 10 customers before 2:30 p.m. On Sept. 11, they had received only one customer by that time.

The company had 19 customers compared to the usual 30. Store owner Brian Heacox said that if the store continues to have low sales, he would be closing by Oct. 11.

President Donald Trump said his administration will propose banning thousands of flavors used in e-cigarettes amid an outbreak of breathing problems thought to be tied to vaping.

There have more than 450 reported cases and six deaths in the United States.

Heacox said he believes politicians are scapegoating vape stores like his for the vaping-related illness outbreak.

"It's not from the vaping industry," Heacox said. "This is from illegal cannabis cartridges."

The University of Utah released a study that said the common presence in vaping illnesses is Vitamin E. With that said, the study also explained it is too soon to be sure what is causing the illnesses.

California Vaping Company CEO Dakoda Collins also said he believes the blame does not belong at the door of the vaping industry.

Nicotine vaping products use a simple recipe that includes vegetable glycerin that is made from palm trees, Collins said. Vitamin E would not be able to work with a nicotine vape product because it is not water-soluble.

However, Collins said he is in support of stricter regulations on vaping products.

One of the arguments used to ban flavors is that it is a way to market smoking to underage children. Collins said the products were created to help people quit smoking.