Put on a button! Memorabilia of elections' past

For more than 40 years, Davis resident Adam Gottlieb has collected election buttons and memorabilia of all kinds. 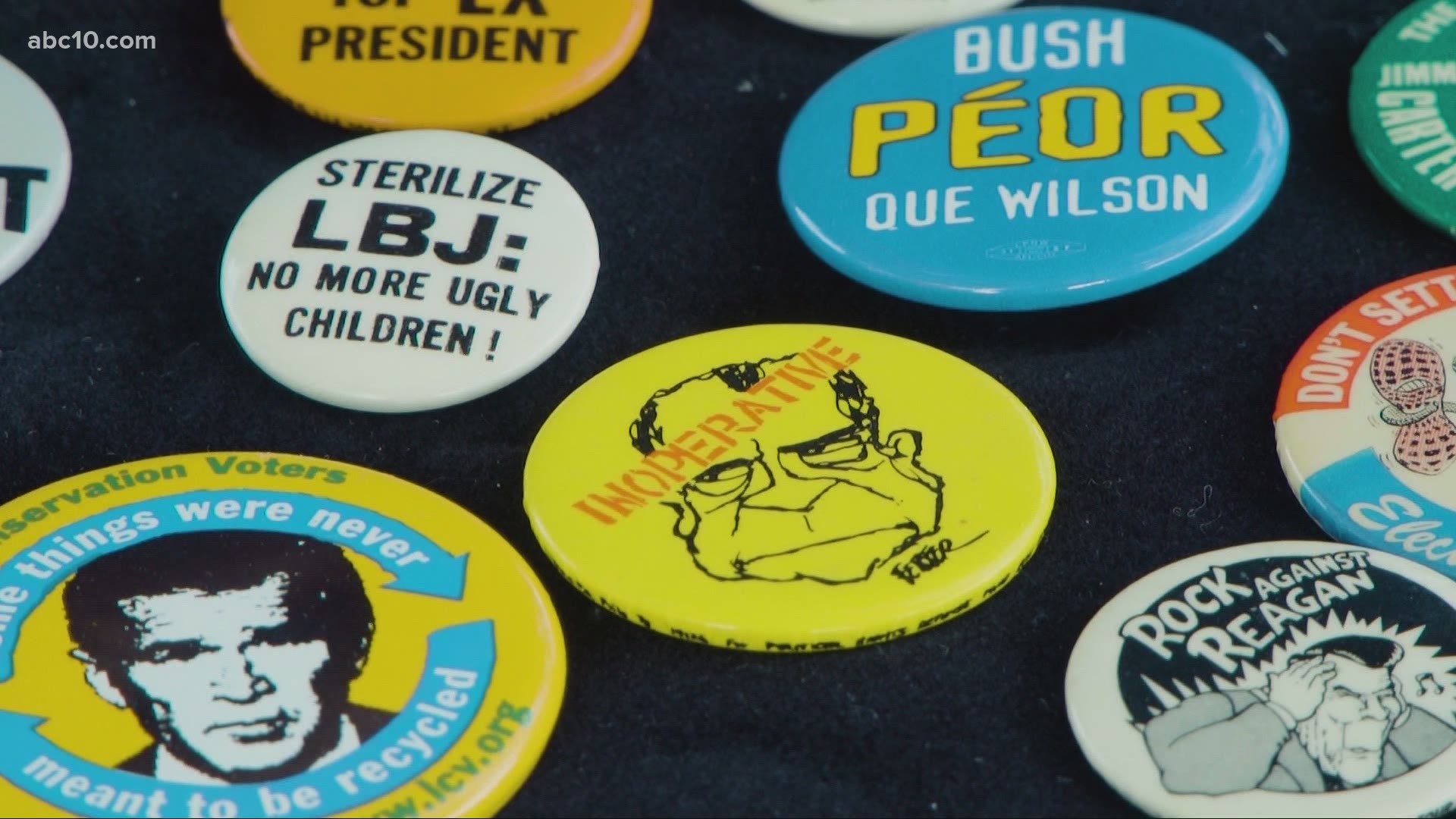 DAVIS, Calif. — Before the campaign flags, before the election signs, and before Social Media, there were buttons. Voters could show their support for their political candidate by pinning a political button on their shirt.

For more than 40 years, Davis resident Adam Gottlieb has collected election buttons and memorabilia of all kinds.

“I am the vice president of the American Political Items Collectors. I am a long-time collector of political items,” Gottlieb said.

Yes, the American Political Items Collectors (APIC) is a real group and they actually have a very important mission which is to preserve historical bi-partisan election memorabilia.

“100 years ago the passage of the 19th amendment allowed women to vote for the very first time and this button commemorates that historical event,” Gottlieb said as he showed off a piece in his collection.

Republican, Democratic, Independent, you name it and Gottlieb probably has it. He started his collection at the ripe age of 10, after a field trip to Teddy Roosevelt's summer home.

“One thing led to another [and] I got my first button, then I bought a photom then a ribbon,” said Gottlieb, whose collection dates back to the election of William McKinley. “1896 is when the button was born.”

It was the ability to mass-produce photographs that helped make the button popular. It allowed voters to wear a picture of their candidate.

“People say you wear your heart on your sleeve, why not wear a button on your chest?" Gottlieb asked.

Big, small, dull, and colorful, the button is a truly unique American invention and it's worthy of preservation no matter whose face is on it.

“After the election, the winner goes one way and the losers another, but the button remains,” Gottlieb said.

WATCH ALSO: Sacramento at heightened risk for violence related to the election