Homeless people in Turlock volunteer to clean the city

"It gives me purpose. It makes me feel like there is a reason I'm still here," said Corey Doran, one of the volunteers helping to clean the city. 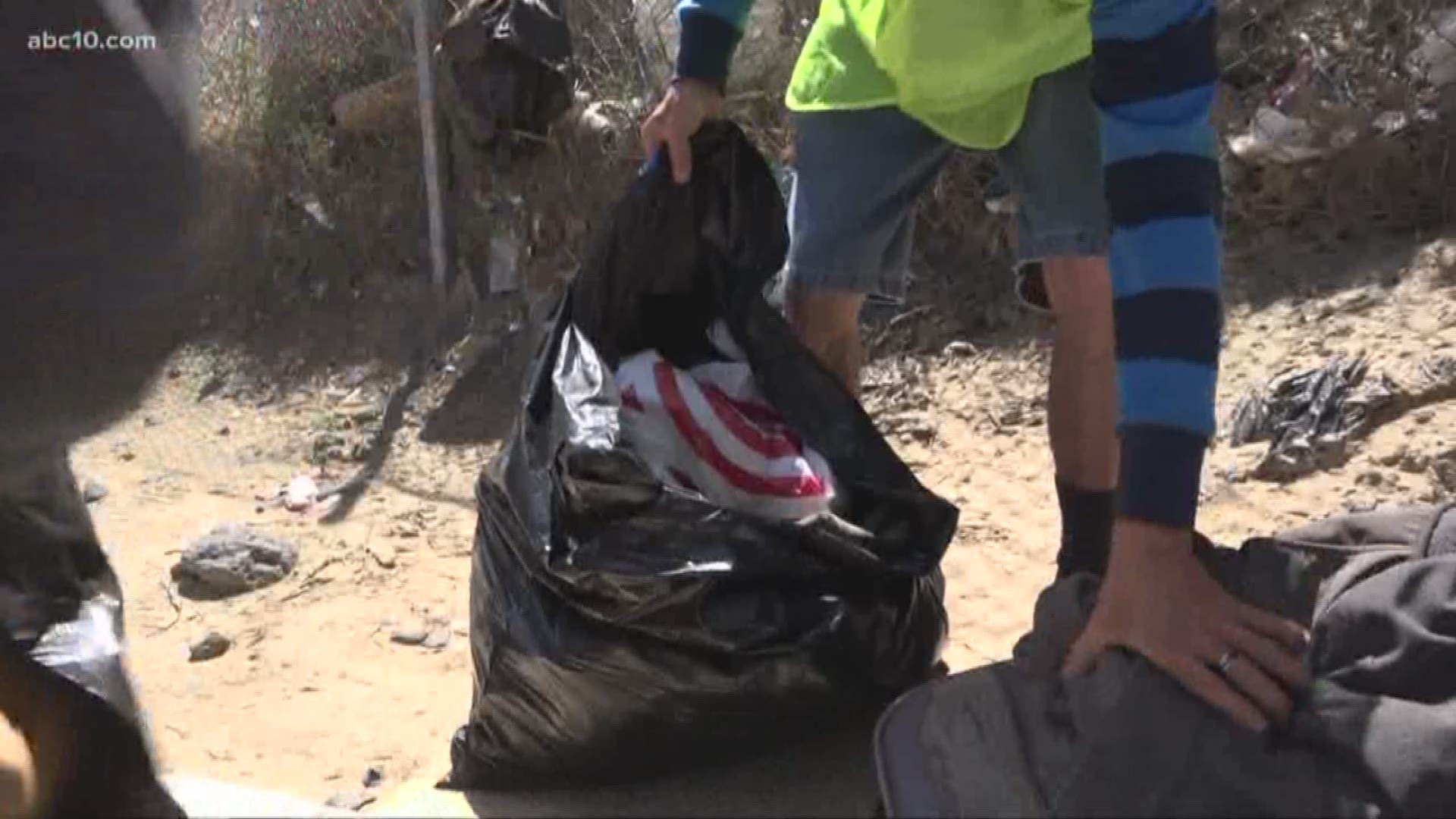 STOCKTON, Calif. — Randy Mayfield, 53, has spent almost half of his life experiencing homelessness. He is now trying to turn his life around by kicking a meth addiction.

"But now it's getting easier because I can say no because I know what I want," Mayfield said. "And that's not the lifestyle I want no more."

In an effort to be productive again, Mayfield, along with more than a dozen other homeless individuals, came up with the idea of volunteering to clean up Turlock. In doing so, they've gained the support of community activists.

"If they can trust you then they will want you to help them because they know you're going to follow through for them," said Liz Padilla with Helping Hands Ministry in Turlock."I get phone calls at 1, 2 o'clock in the morning. I take them to the hospitals. I take them to probation. I take them to courts. I take them to doctors appointments, DMV, whatever it is."

The clean up takes place in any part of Turlock that needs it.

Corey Doran, 32, has been homeless off and on for three years.

With a construction background doing tile work and more, Doran is proud of his volunteer work.

"It gives me purpose. It makes me feel like there is a reason I'm still here, not to give up," Doran said.

"It benefits Turlock... for so many reasons. These are citizens of Turlock as well, whether they have a home or not," said Amy Bublak, Turlock's mayor. "The government staying out of it makes it so much better -- people helping themselves."

Since the volunteer program began three weeks ago, eight volunteers have secured part-time work as sign holders at a store, home remodeling and more.

And while it's only a start, Mayfield and Doran hope cleaning up trash will lead to cleaning up their lives for good and one day back to their children.

Mayfield has two daughters he hasn't seen for nearly a year. Doran hasn't seen his three-year-old and thirteen-year-old daughters for about three years.

"It's nice to know there are people who still care," Mayfield said.