'I'm 93. How much longer do I have to live?' WWII veteran out $16K for abandoned bathroom safety construction project

A 93-year-old World War II veteran hired a contractor to convert his bathroom into something wheelchair-friendly. Months passed – no work done. 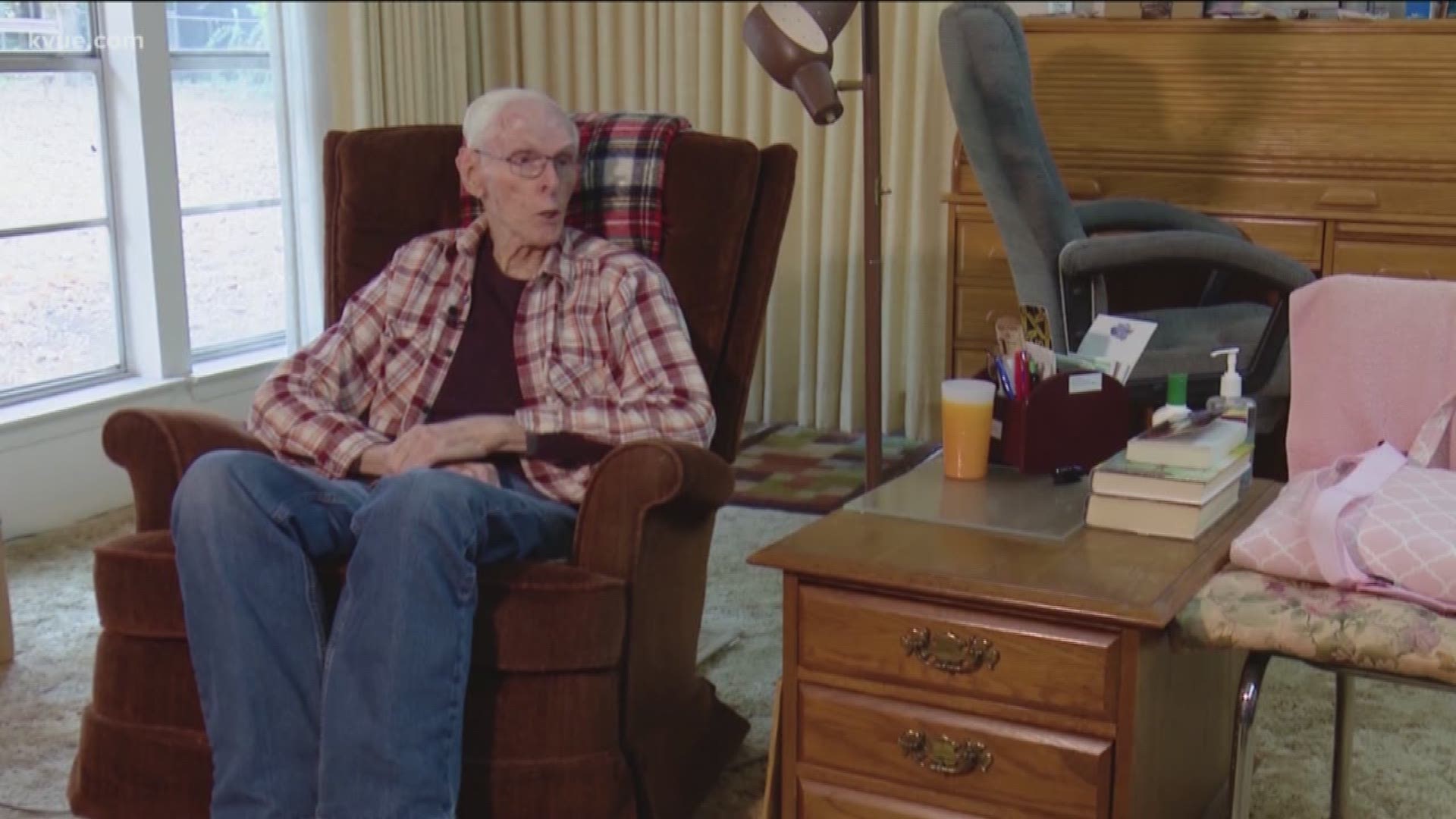 AUSTIN, Texas — “I felt like maybe this would help somebody else avoid being stung,” said Ralph Ellis, a 93-year-old World War II veteran.

Ellis and his daughter called the KVUE Defenders after they waited months for needed bathroom renovations.

The bathroom was the start of several house renovations, all designed to make Ellis’s space safer.

The contractor he hired and paid months ago still hasn’t done the job.

“You’ll have this whole side tub gone. That would be flat,” said Ellis as he pointed to where his three-wall shower would be.

Ellis hired “One Day Bath of Texas” to renovate the bathroom.

Ellis paid $15,800 to reduce the chance of a fall. His daughter, Lisa, pitched in another paid-in-full.

“He says it may take a month, maybe two months … to get started.”

RELATED: Woman took her own life after realizing she was involved in Austin-based romance scam

“Maybe [they’ll] tell you that, 'We’re a little behind. You’re next on the list.' They kept getting more and more … dragging their feet,” said Ellis. “Then, it got to the point to where they wouldn’t answer their answering machine.”

The pictures at the bottom of the company’s website show women named “Jen,” “Linda” and “Christy.”

A Yelp review for One Day Bath says, “Attached you will find a picture of the work they did! Fantastic Job guys. It really only takes 1 day!!”

The same photo is also on several other home-builder sites dating back more than four years.

At least one Better Business Bureau review by “Jose C” says in part, “I’m doing the project in about two months.”

The “check out the work done by One Day Bath of Texas!” on its gallery page is also photos found across the internet, including product manufactures and stock photo websites.

We took what we found to Carlos Villabolos with the Better Business Bureau of Central Texas.

“I think if you’re encountering something like this as a consumer, you need to put your caution and say, 'Why is this the same scenario I’m finding throughout the web?'”

Villabolos says stock photos may serve a purpose: for privacy.

“Reviews are a good tool. I hope people still do realize that. Reviews are still a good tool,” said Villabolos. “If you do want to take that extra step with that contractor try to speak with past customers to get a sense of business they are and what kind of work they do.”

We reached out to Bockman and One Day Bath of Texas. Bockman refused to do an on-camera interview but told us what we found was intentional. The stock photos, he said, were to protect customer identities.

RELATED: She invited a man to stay a night, says then he wouldn’t leave

The reviews, he said, are reviews about his company from various websites and his advertising team changed the dates.

As far as the “great work done,” photos in his gallery, Bockman said those are meant to show customers what bathrooms could look like.

Bockman said Ralph’s daughter was rude and that’s why he didn’t do the work and said he wouldn’t refund the money.

We went to the business address but found a mailbox at a “Postal Annex” store. When we went to his home, with a noticeable construction project underway in his backyard, Bockman refused to open the door and called police.

We dug a little more into Bockman’s background. In 2005, he pleaded guilty to aggravated assault targeting a gay man. The victim told the police Bockman and three others involved claimed to be Aryan Nazis.

“That’s my buddies. We were on a 12-hour leave,” said Ralph showing pictures of his time in service.

He is out nearly $16,000 and doesn’t know how he will make the needed bathroom changes.

“It’s going to be hard to recover any loses, but you can always hope.”

The family filed a police report.

Amber Guyger testifies at murder trial: 'I hate that I have to live with this every single day'

Travis County judge apologizes for saying Gov. Greg Abbott "hates trees because one fell on him"