PG&E donated millions to California politicians after it was convicted of 6 federal felonies connected to the 2010 San Bruno pipeline explosion that killed 8 people. 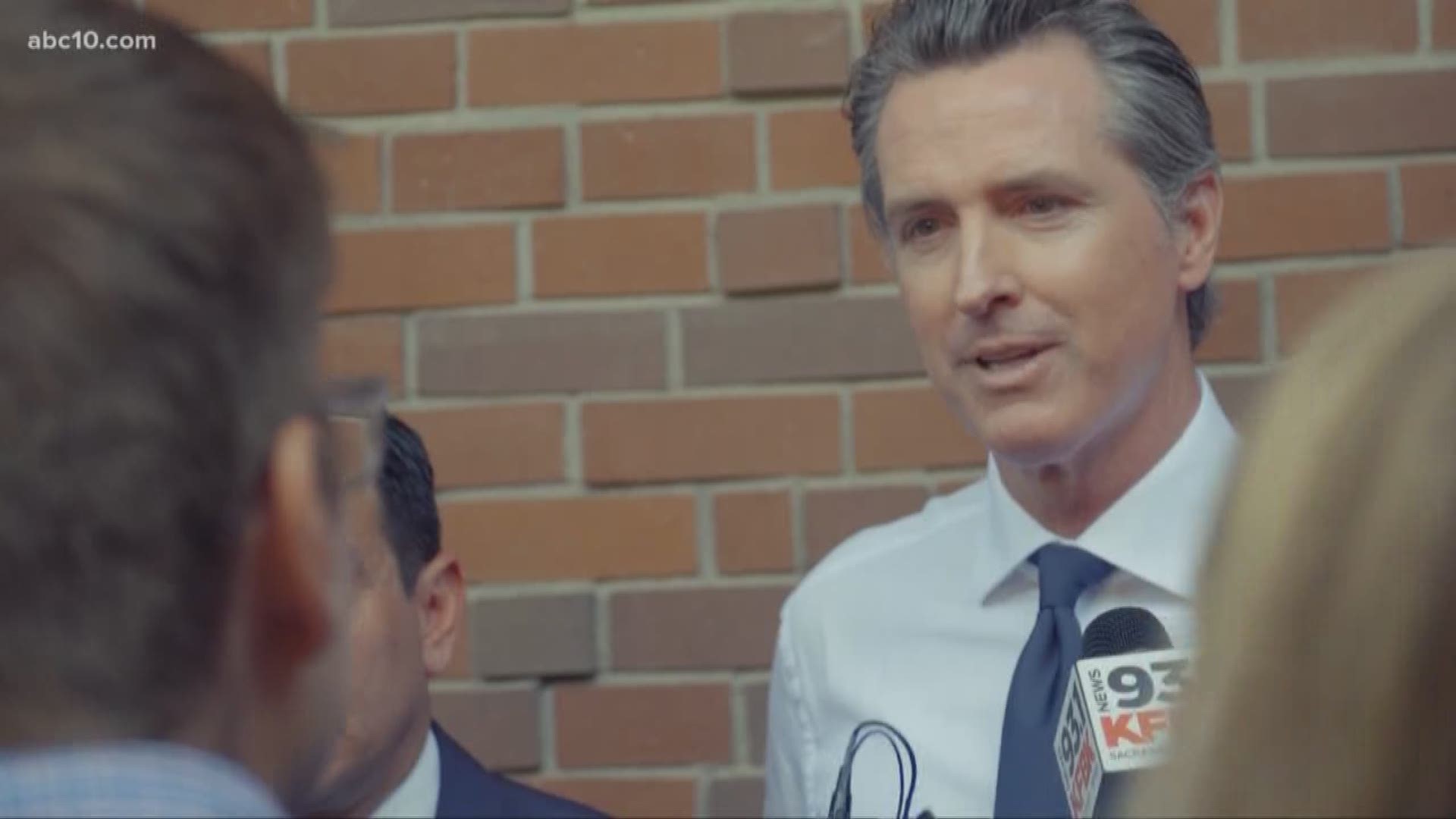 A convicted federal felon donated more than four million dollars to influence California politics and the money was accepted by California Gov. Gavin Newsom the vast majority of members of the state legislature, and both major political parties.

The political donor’s crimes were connected to the deaths of eight people. Politicians knew that but took the money anyway.

The convict in this story isn’t a person. It’s the Pacific Gas and Electric Company a publicly-traded corporation with a monopoly over power service to four out of every 10 people living in California.

Newsom, a Democrat, received more than $200,000 from the federal offender. The Republican and Democratic parties of California each took more than $500,000.

But is it ethical?

The corporation was convicted of six federal felonies in 2016, which means that every donation accepted by California politicians from PG&E during the 2018 election cycle amounts to taking money from a convicted criminal.

The tabulation of PG&E’s political spending as a criminal came as part of a 7-month investigation into California’s wildfire crisis in the aftermath of the Camp Fire, the results of which will be released in the upcoming original documentary series FIRE - POWER - MONEY: California’s burning crisis and how it’s going to cost us all.

PG&E’s felony convictions were related to the deadly 2010 San Bruno gas explosion, which killed eight people. A jury found PG&E guilty of five counts of willfully breaking federal gas pipeline safety laws and one count of obstructing the federal investigation into the disaster.

PG&E will be serving its probation up to the year 2022 for its past crimes.

“Words are not enough,” PG&E wrote in a statement after the sentencing. “We expect to be judged by our actions.”

Under court order, the company also ran television ads to apologize for the disaster, saying, “We can never forget what happened in San Bruno. That's why we're working every day to make PG&E the safest energy company in the nation."

Since being sentenced in January 2017, state investigators say PG&E sparked wildfires that killed 107 people -- including the deadly 2018 Camp Fire, which killed 85 people when it destroyed the entire town of Paradise.

PG&E said it “accepts” the state’s conclusion that failure of a PG&E transmission line started the fire.

Butte County District Attorney Mike Ramsey told ABC10 that his office is exploring the possibility of charging PG&E with 85 counts of manslaughter if he can prove criminal negligence by the company.

In all, ABC10’s compilation of state records shows that as a felon, PG&E donated more than $800,000 directly to candidate campaigns, $372,000 to influence the outcome of votes on ballot questions, and another $3.2 million to political spending groups -- much of which ultimately flowed to candidates.

Newsom and his allies took $208,400 toward his 2018 run for governor after PG&E was convicted. That includes the maximum contribution of $58,400 directly to his campaign and another $150,000 to a political spending group called “Citizens Supporting Gavin Newsom for Governor 2018.”

“It’s a strange question,” Newsom told ABC10 when asked why it’s OK for him to take money from a convicted felon. “I don’t know what more I can say.”

That was his only reply to the substance of the question. 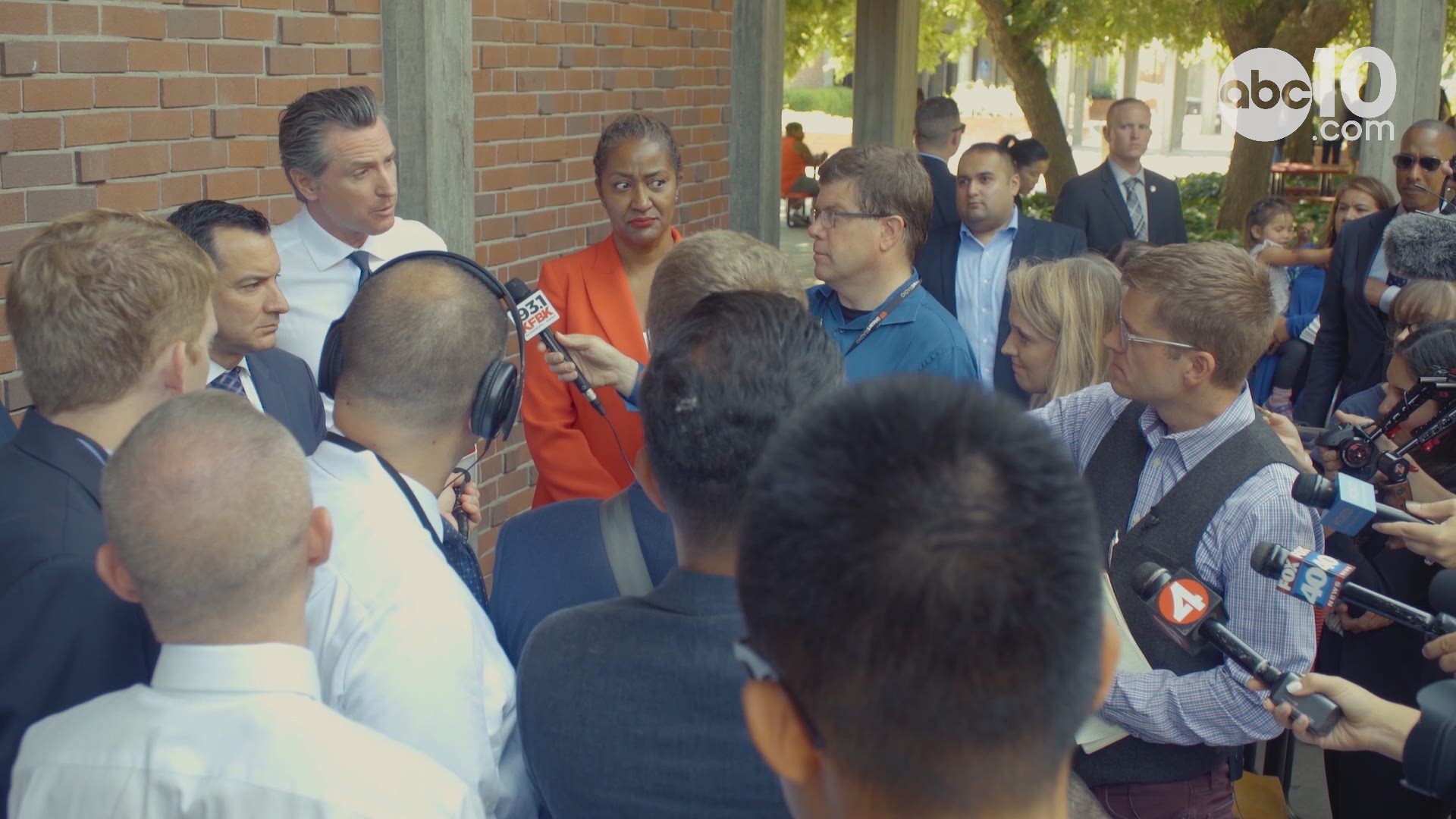 Standing aside Newsom shortly after the signing of the state budget Monday, Assembly Speaker Anthony Rendon (D-Los Angeles) attempted to end the line of questioning by interjecting, “We have additional questions.” Rendon’s campaign took $8,800 from PG&E after its conviction. He did not address the topic, either.

The speaker was far from alone in his decision to accept PG&E’s money. Eight out of every 10 sitting California state lawmakers took money from PG&E while the company was a known felon.

ABC10 contacted all 98 lawmakers who took the money asking whether they stand by their decision to accept money from a convicted felon and whether they would return the money.

A list of responses is being compiled to accompany the series, currently scheduled for release in early July.

As of this publication, one lawmaker told us he returned his $1,500 donation to PG&E after the company filed for bankruptcy in January 2018. Sen. Steve Glazer (D-Contra Costa) has yet to reply to ABC10’s follow-up question asking why he took funds from a felon in the first place.

People routinely lose their rights when convicted of felonies in California. They lose their Second Amendment right to own guns. Until released from prison, they don’t have the right to vote.

As a corporation, PG&E’s felony convictions did nothing to stop it from legally influencing elections. There’s no law banning politicians from accepting campaign donations from felons.

Asked to defend its campaign donations, PG&E declined to address the substance of the question.

In a written statement, the company did claim that “PG&E holds itself to the highest standards of public disclosure and compliance with applicable laws.”

‘UNDER THE LAW, A CORPORATION IS CONSIDERED A PERSON.’

The law treats corporations as people, which means they can be convicted of crimes.

Before convicting PG&E of six federal felonies, jurors were instructed by the federal court to treat PG&E the same as any person facing the same criminal charges.

“Under the law, a corporation is considered a person,” the jury instructions read. “And all persons are equal.”

A jury in San Francisco found PG&E guilty of willfully disregarding federal safety standards while running its natural gas pipelines after one of them suddenly split in 2010, blowing up a neighborhood in San Bruno.

Eight people died in the explosion, many more people were injured, and a neighborhood was destroyed.

The jury also convicted PG&E of one felony count of obstruction of justice for misleading federal agents about its policies during the investigation of the disaster.

“PG&E has already been convicted of lying,” said Mark Toney, who runs a nonprofit called The Utility Reform Network, which advocates for power customers. “Why should a convicted felon corporation enjoy the same rights and privileges as a corporation that hasn't been convicted?”

The probation for PG&E is now under the supervision of Federal Judge William Alsup, who recently felt compelled to point out the law’s limitations.

“A corporation cannot go to prison,” Alsup explained in a recent court filing while deciding what to do about PG&E’s recent probation violation.

The revelation that so many politicians took money from a convicted felon exposes another stark difference between how corporations and people are treated when convicted of crimes.

Legal experts told ABC10 that PG&E’s crimes connected to the San Bruno disaster would likely have earned a human defendant 5-10 years of prison time under federal sentencing guidelines. The maximum sentence for PG&E’s crimes would have been 30 years behind bars.

No individual people from PG&E were named in the charges, which is why no one went to prison for the crimes.

PG&E hasn’t been a model federal offender since it began probation in 2017.

Alsup recently sentenced PG&E for violating the terms of its probation. Prison wasn’t an option for punishment. All the judge could do was add new terms to the company’s probation.

Alsup added a term to PG&E’s probation requiring it to meet the terms of its wildfire prevention plan, a document that was required by state lawmakers in SB 901 -- the deal struck in the state Capitol to help the PG&E pay for damage caused by 2017 wildfires in wine country.

If charged with new crimes for starting the 2018 Camp Fire or any of the 17 wildfires blamed on PG&E equipment in October 2017, the company would have incentive to try to reach a settlement.

“The worst case scenario for PG&E would be a trial,” said defense attorney and former federal prosecutor Tom Johnson. “Once an entity is in trial then you lose control of sort of the outcome. And what the judge can do to you.”

The documentary series FIRE - POWER - MONEY: California’s burning crisis and how it’s going to cost us all is currently scheduled for release in early July. A trailer for the project is included below: 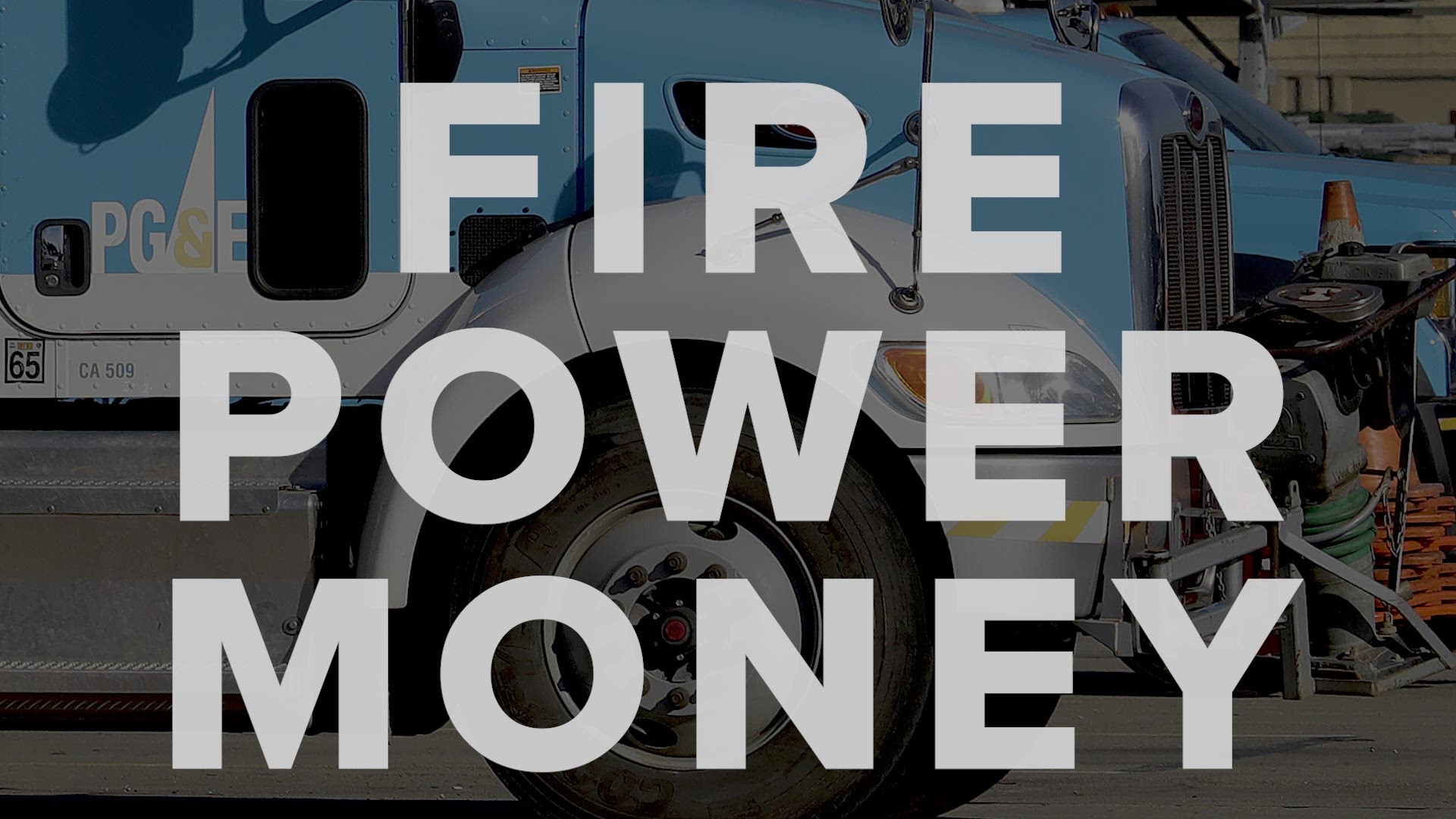 If you have a tip about this or any other story, contact reporter Brandon Rittiman at brittiman@abc10.com.