With the advent of consumer DNA testing, more people conceived through artificial insemination have learned their biological fathers were the fertility doctors.

Who is her biological father?

“I have always wondered,” said McPheeters, 35, of Springfield. “It was always in the back of my mind. Maybe I’ll find him some day.”

Like millions of others, the Oregon woman took a consumer DNA test in hopes it would help provide some answers about her father. And it did, but not the results she’d expected.

“I felt sick,” said McPheeters. “I thought I was going to puke.”

McPheeters, born through artificial insemination, learned through DNA testing that her biological father wasn’t an anonymous donor as promised to her parents. Instead, she believes it was her mother’s fertility doctor in Colorado who used his own sperm.

In the early 1980’s, Diana McPheeters was living in western Colorado. Desperate for a third child, Diane and her husband sought help from a fertility clinic in Grand Junction. She was assured the clinic would match her with an anonymous sperm donor.

“We were told they would try and match us with someone who was my husband’s build. They would make sure the child had my type of blood and that it would be a medical student or somebody studying at university there,” said Diana.

“I am so happy to hear of the birth of your new little girl,” wrote fertility doctor Paul B. Jones of Gynecological-Obstetrical Associates of Western Colorado in a letter of congratulations. “We are always happy to hear when we have been successful.”

Crystal was told at an early age that she’d been born through artificial insemination.

“We told Crystal we had done this. I don’t even think she was five years old, I think she was still a preschooler,” explained Diane. “Her best friend just found out she was adopted, so it was like the perfect time to explain to her that this is your dad, the dad that is raising you but he’s not your biological dad.”

In the back of her mind, Crystal always wondered about her biological father. Who is he? What does he look like? Do they share common traits?

So, like tens of millions of Americans, she took a consumer DNA test.

At first, the results came back empty. Then, Crystal found a close match.

“I was like, ‘Oh, this is interesting. Maybe it’s a half-sister,” said Crystal.

After some hesitation, Crystal decided to send the stranger a message. She responded. The two exchanged messages. Then, more matches started popping up. DNA testing found there were other half-siblings in Colorado, Texas and South Dakota, all with the same DNA of the same unknown father.

“We ended up with a brother. Then, some more sisters. Then another brother. We were like, ‘This is kind of weird,” said Crystal. “We were kind of joking- like, ‘What if it’s the doctor?”

The group of half-siblings has identified at least ten children, all born between 1976 and 1997. They said their mothers visited the same clinic in Grand Junction and each sought fertility assistance from Dr. Paul B. Jones.

A civil lawsuit filed in Mesa County, Colorado earlier this month on behalf of two of the half-siblings, Maia Boring and Tahnee Scott, along with their parents Cheryl Emmons and John Emmons, claimed Dr. Jones didn’t us an anonymous donor, as promised. Instead, the lawsuit claims, he used his own sperm. 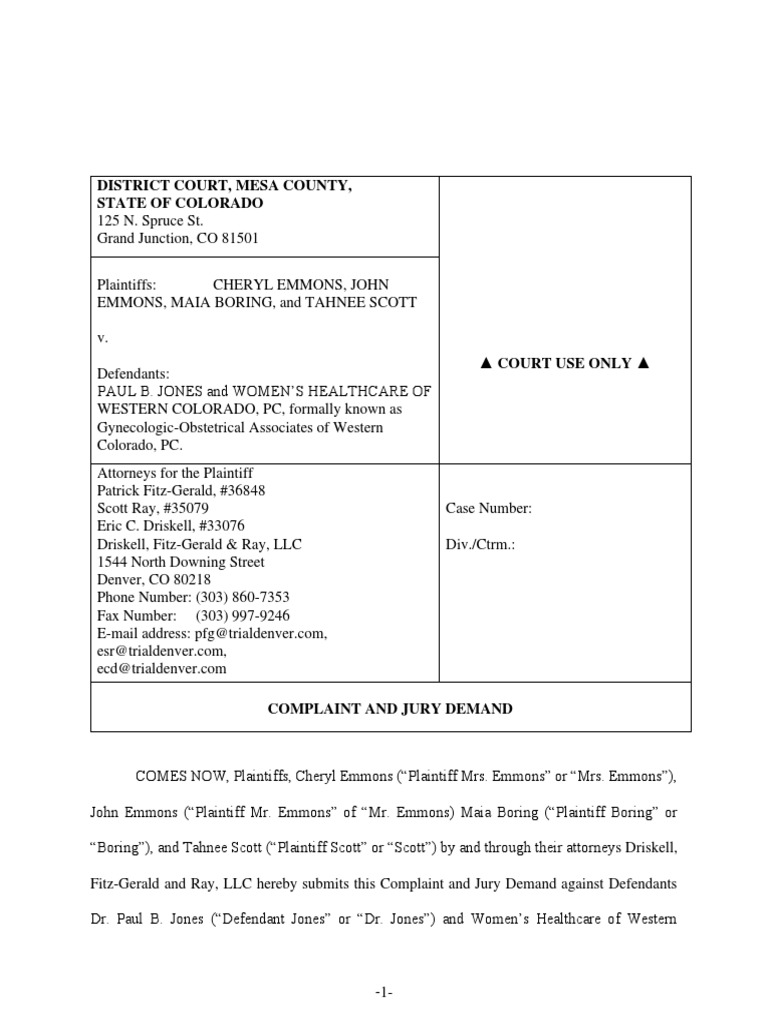 RELATED: What you should know before you donate sperm

“Defendant Jones deviated from the pertinent standard of care and was negligent when he failed to use the ‘fresh’ sperm of an anonymous donor and instead used his own ‘fresh’ sperm to artificially inseminate Plaintiff Ms. Emmons,” read the complaint.

After the civil lawsuit was filed, Dr. Paul Jones, 80, surrendered his Colorado medical license, according to state records. Jones denied to the state medical board that he used his “own sperm to impregnate multiple patients.”

A reporter with KGW's sister-station in Colorado also tried to ask questions of Dr. Jones.

“I don’t deny it. I don’t admit it,” he said while standing in the driveway of his home in Grand Junction.

Asked if he fathered these children, Jones replied, “That’s an impertinent question.”

Asked why it was impertinent, Jones said, “Because I’m not going to answer it.”

Crystal, along with other half-siblings plan to file their own lawsuits by the end of this year.

“I really feel like he should pay,” said Crystal.  “This is not okay. And he needs to know it is not okay.”