Teen vaping: Where are kids getting e-cigarettes?

One in five store clerks in Oregon were caught selling e-cigarettes to minors. 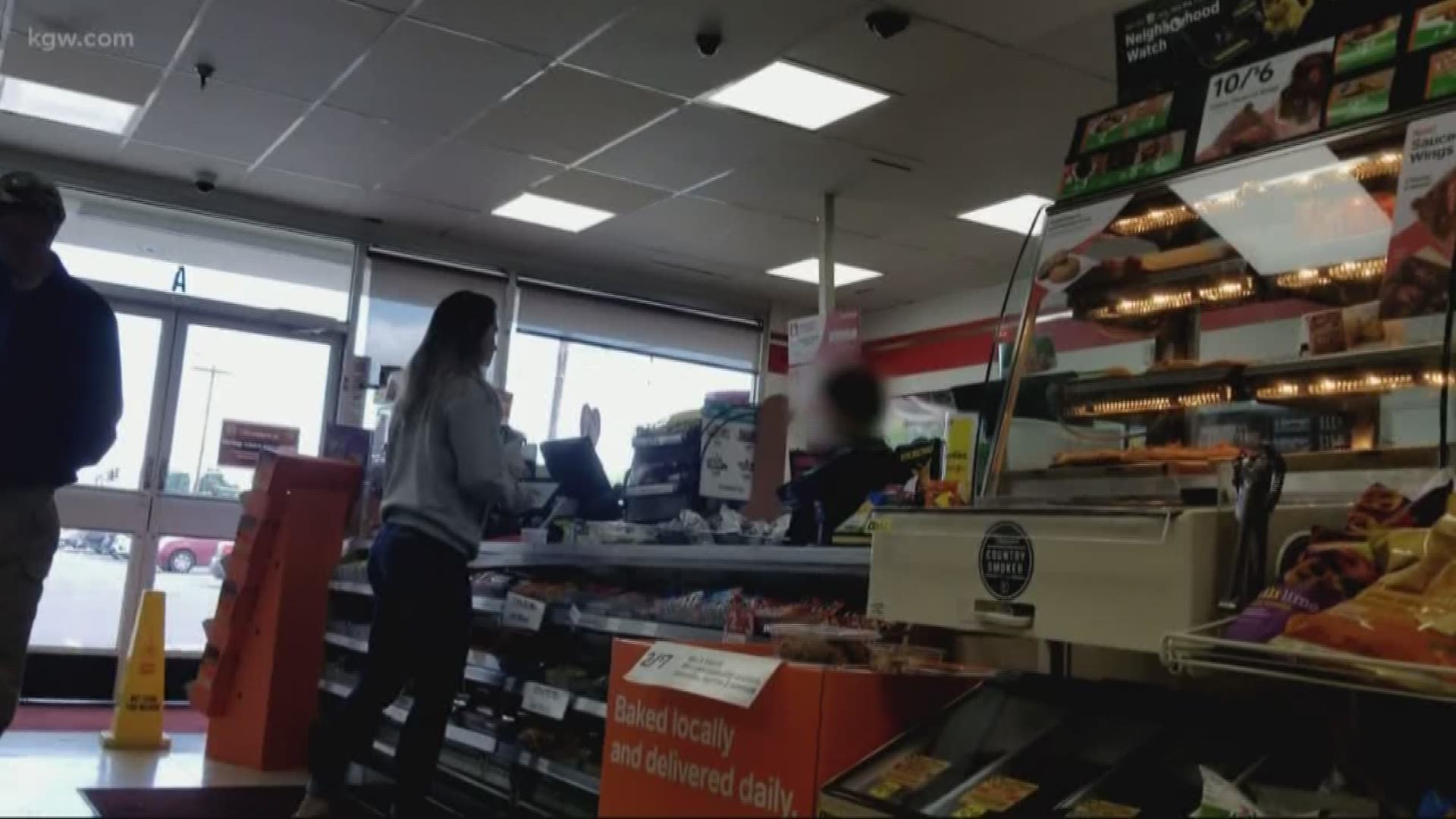 PORTLAND, Ore. — Despite public outrage over a surge in teenage vaping, it’s still relatively easy for kids to get e-cigarettes.

Undercover inspectors caught one in five store clerks in Oregon selling e-cigarettes to minors from May 2018 through July 2019.

A review of state and federal inspection records shows last year 48 stores in Oregon were warned or cited for illegal e-cigarette sales to minors.

By law, people under 21 cannot buy tobacco products in Oregon.

The problem is especially critical because e-cigarette use among youths has reached epidemic levels.

Six people have died in the U.S., including an Oregon man, from severe respiratory illness being linked to vaping.

The Centers for Disease Control and Prevention said more than 480 people have been hospitalized.

A national survey of students who used JUUL e-cigarettes found 74% of teenagers got them through a retail location. Fifty-two percent got e-cigarettes from a friend or family. Six percent bought them online.

“Tobacco retailers are basically on the front lines,” explained Edward Gutierrez of Multnomah County Health. “The point of sale is really make-or-break.”

Gutierrez works to help educate retailers on how to prevent tobacco sales to minors. Store clerks are taught where tobacco products can be displayed, how to examine photo ID and what products are age restricted.

When clerks are caught selling tobacco products to youths by undercover inspectors, employees and store owners can face a variety of discipline including warning letters, fines or mandatory training. The penalty depends on which agency is conducting the enforcement action and whether the store has a history of violations.

State and federal records indicate last year 7-Eleven stores in Oregon had eight violations for selling e-cigarettes to minors, the most of any retailer.

A KGW investigation in May found the convenience store giant and nation’s largest retailer of tobacco products has a history of violating federal law resulting in warning letters, fines and a multi-state agreement.

In Oregon, 7-Eleven had a violation rate of 26%, compared to 20% of other retailers caught selling e-cigarettes to minors.

In March, the Food and Drug Administration announced actions to combat the illegal sales of e-cigarettes to teenagers.

In Oregon, 7-Eleven’s chief competitor, Plaid Pantry, has been successful preventing the sale of tobacco products to minors by rewarding employees with cash bonuses. Plaid Pantry hands out a $200 bonus for any employee who passes an undercover sting inspection, along with a $100 bonus for the store manager.

What is it going to take to get retailers to stop selling e-cigarettes to kids?

Gutierrez of Multnomah County Health admits it is a complex problem that requires the cooperation of store owners, managers and clerks.

“We hope that with the carrot and the stick - education and awareness along with fines and mandatory training, if they weren’t taking it seriously - they will take it seriously.”

RELATED: VERIFY: What's the latest on the vaping epidemic?