Is your child's car seat installed correctly? The experts say probably not

Car seat technicians warn that improper installation of car seats can lead to a child being ejected from vehicle. 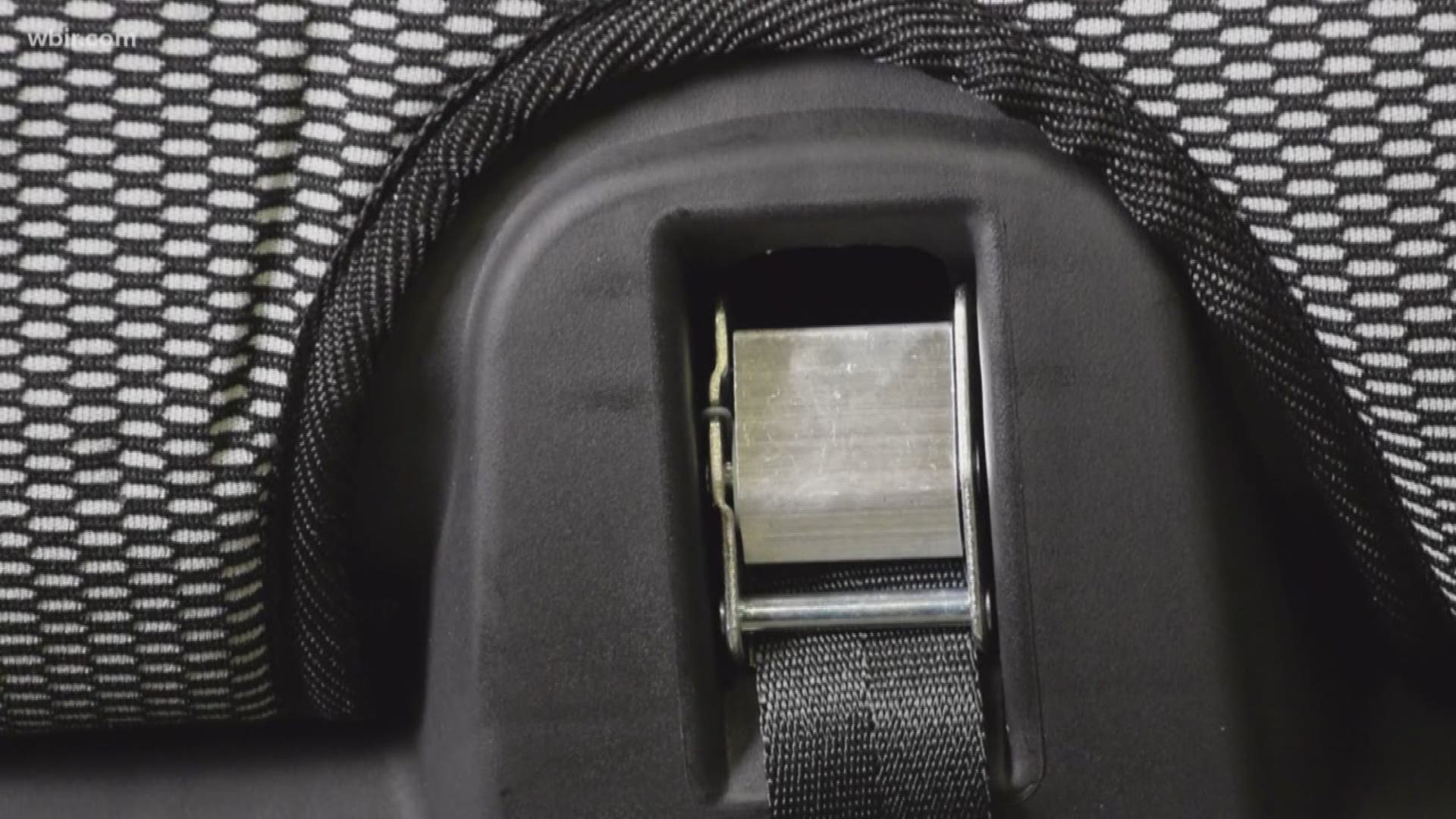 KNOXVILLE, Tenn. — According to the CDC, car injuries are a leading cause of death among children in the United States.

"It's probably at a 90% misuse rate. People will not even realize they have their seat installed incorrectly," Car Seat Technician, Marci Ware, said.

The Knoxville Police Department holds car seat inspections twice a month so parents like Ashley Clavenger can have piece of mind.

Ashley made a common mistake with her son's seat. She had it fastened with the seat anchors and the seat belt, which isn't right.

"The car seats are tested with one system or another," Ware said.

Officials at Safety City say one of the biggest mistakes people make is that they don't have their car seat tight enough. One rule of thumb is that your seat belt needs to be in the automatic locking position and once it's installed you want to make sure the seat doesn't move in any direction right at the belt path.

Safety City recommends keeping a child in a rear facing seat as long as the seat allows for spine and neck protection.

If you plan to buy a used one or pass it down from kid to kid check the expiration date underneath the seat.

"Car seats have a standard life of 6 years," Ware said.

Ware said she most parents aren't installing the seats wrong, they just didn't read the instructions.

"It's such a common thing to not have everything correct," ware said.

While it's common, it's a simple process that could save a life

If you want your car seat checked, KPD holds installation checkpoints on the second Saturday of every month from 10:00 am to 1:00 pm and it's a free service.

Here are the top mistakes parents make when installing car seats, according to AAA.