Some Californians trying to get ready for fire season by buying fire insurance are finding that they can't— because their carrier isn't offering it to them anymore. 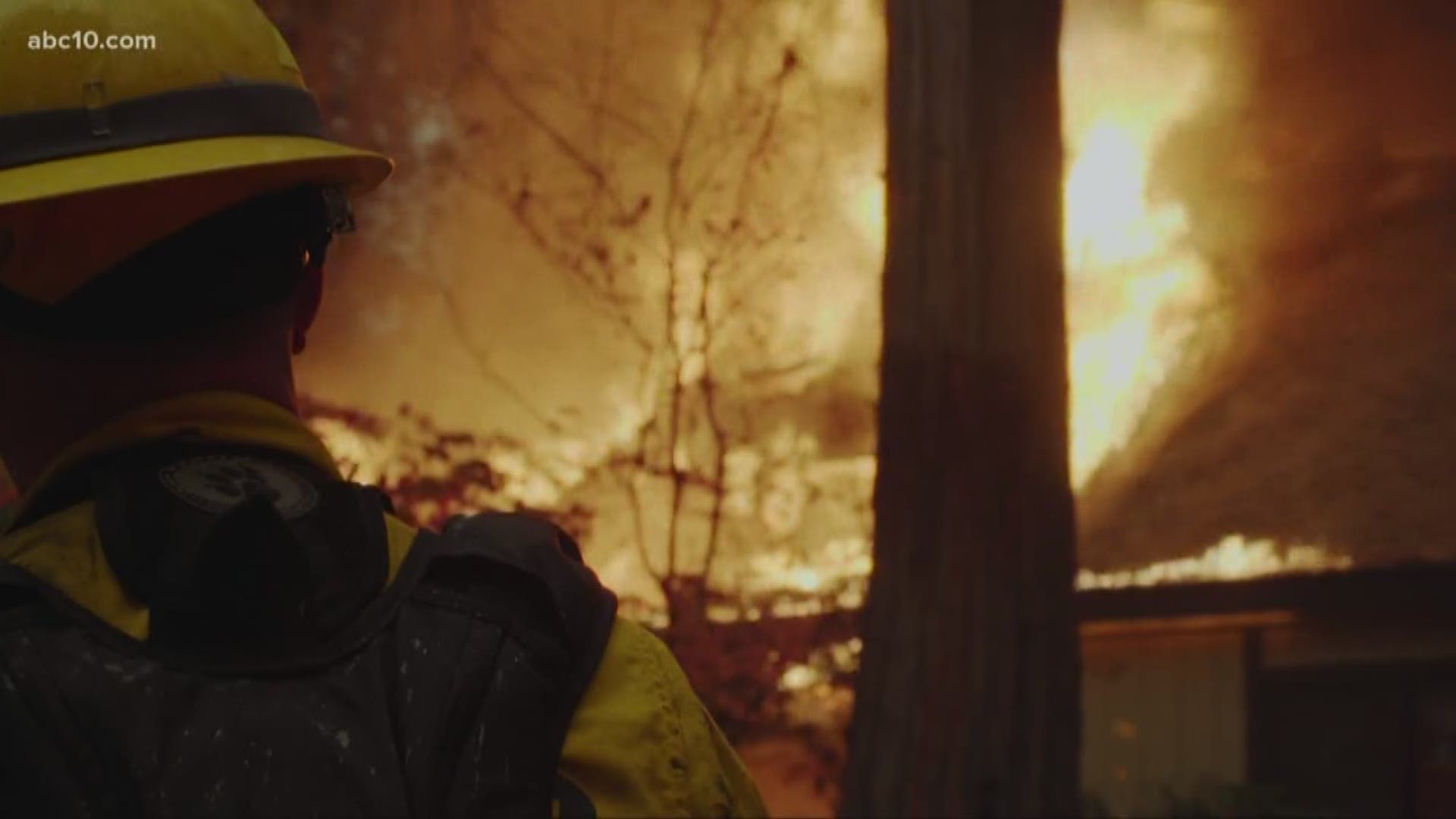 Other homeowners are finding that their fire insurance premium is increasing by thousands of dollars per year.

“Generally, it’s two to three times higher than the premium that they were paying before,” said Christopher Kerksieck, Farmers Insurance agency owner.

He lives in El Dorado Hills and offers insurance to people statewide. He said he’s hearing from more people now than ever before about the high cost and dwindling availability of fire insurance.

RELATED: The Wildfire Outlook for May, June, July and August

“Fire coverage right now is a hassle for some. There are a lot of people who are getting non-renewed. Carriers are seeing the devastating things that happened in the recent wildfires and they’re either non-renewing or, in some terms, canceling people, and there’s a lot of frustration,” Kerksieck said. “There’s a lot of anxiety. People are worried about, ‘Can I get insurance?’”

He said he's seeing average premiums this year that span, depending on size and location of property and value of the home, from about $1,800 to $5,000.

The California Department of Insurance is aware of the problem, said Michael Soller, the department's spokesperson.

“It’s a major concern for us at the department,” he said. “The kind of story we’re hearing again and again from homeowners across the state.”

While the upward trend of wildfire severity and frequency might serve as a red flag to insurance companies, Soller said he thinks it makes California insurance customers more prepared.

“People are really investing on the community level in fire prevention, in fire-fighting, in removing trees and in hardening their homes,” Soller said.

He said that he wants insurance companies to know that California is a good investment.

"These communities are a good investment…We want insurers to recognize the investments that homeowners are making in prevention,” Soller said.

How is my fire insurance eligibility determined?

Kerksieck said clearing brush around your home and creating that “defensible space” to help prevent fires won’t lower your insurance premium. It will, however, provide you with peace of mind.

He said insurance companies use something called a FireLine score to determine your home’s fire risk and whether to sell you fire insurance – and at what price.

He explained that insurers are looking for:

“That gives a score between zero and 30. The higher the score, the worse it is,” he said.

RELATED: Firefighters getting ready for fire season with off-road training

Kerksieck said most companies won’t offer a homeowner fire insurance if that person’s FireLine score is above a three. In past years, he said, some companies were insuring people with scores of up to nine.

The FAIR Plan is meant as a last resort, and Kerksieck said people should shop around before resorting to it.

He encourages people to make sure that any fire insurance they buy covers what they think it’s covering.

“The last thing you want to do is purchase a policy and then when the time [comes] to file a claim, you find out that you’re not covered for what you thought you were covered for... that’s not good,” he said.

The California Department of Insurance’s hotline, 1-800-927-HELP, can help homeowners determine their next steps.

"For now, some people are going to find it harder to find insurance," Soller said. "And for those folks, we want them to contact us...so that we can also help."

He said the California Department of Insurance can make sure everything was done properly.

"If they were non-renewed, there’s supposed to be a certain numbers of days’ notice,” Soller said.

If everything with the non-renewal was done correctly, Soller said, people at his department can help homeowners explore other options.

There are other insurance companies, however, where people can get fire insurance. Those are called not-admitted carriers or “surplus” carriers.

One that Soller named is called Lloyd’s of London.

"So there’s guarantees if an admitted carrier goes insolvent... the state would step in and pay the claims,” Kerksieck explained. “Lloyd’s of London, again, is a not-admitted carrier, but they have deep pockets, so I don’t think that they’re at any risk of them being insolvent.”

Kerksieck recommends a homeowner check out the financial rating of any insurance company they’re considering. He said AM Best is one widely trusted source for that.

Finally, if neither an admitted nor a surplus carrier can provide fire coverage for a homeowner, that person can then turn to the California FAIR Plan.

“The FAIR Plan gets a bad rap because [of] the cost, but it’s a very stable product,” Kerksiek said. “We can always help somebody, just - financially - it’s not sometimes as attractive as it was before.”

Is the cost and availability of fire insurance ever going to get better?

Soller said people in his department are talking about whether policies need to be changed or implemented to help ensure that Californians can purchase fire coverage. However, no bills have been introduced this legislative session.

California Insurance Commissioner Ricardo Lara, who was newly elected in November, is part of Gov. Gavin Newsom's strike force team that's looking at wildfire solutions, along with the State Legislature.

"There’s a willingness to be creative [and] to find solutions," Soller said.

While the California Department of Insurance can't force private insurance carriers to offer fire insurance in specific places, stakeholders there are looking for ways to help make insuring Californians still attractive to those companies, despite a changing climate.

“It used to be, you know, we’d have a wildfire once every two or three years,” Kerksieck said. “Then we had a wildfire season every year, and now the past two years we had the most devastating wildfires we’ve had in the state’s history back-to-back. Insurance companies are thinking that this is a trend, you know, associated possibly with global warming.”

Kerksieck said as long as wildfires continue to rage for as long and violently as they have been in recent years, insurance companies are probably going to be extra cautious and risk-averse.

“It’s just getting hotter and drier, and it’s a recipe for disaster” Kerksieck said. "Insurance companies have to build in the risk in the premium, so it’s getting definitely much more expensive.”

The California Department of Insurance offers information on wildfire preparedness. It talks about creating defensible space around your home to help slow and ward off the spread of fire.