He had successful surgery and recovery to relieve pressure on his brain caused by a subdural hematoma. 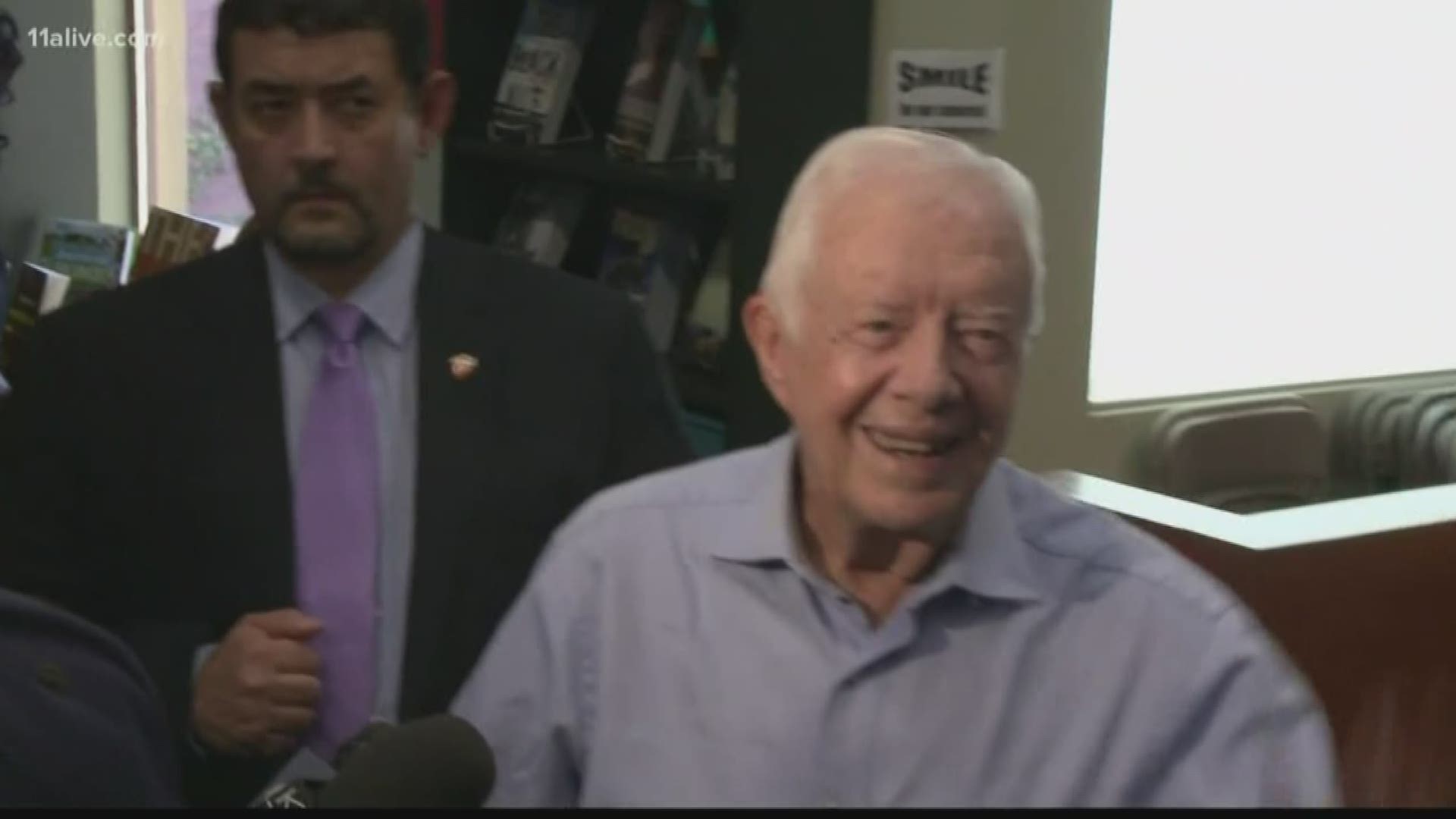 ATLANTA — Jimmy Carter will be home for Thanksgiving.

The 95-year-old former president was released from Emory University Hospital this Wednesday after successful surgery and recovery to relieve pressure on his brain caused by a subdural hematoma.

The surgery took place on Nov. 11.

"He and Mrs. Carter look forward to enjoying Thanksgiving at home in Plains, where he will continue to recover," the Carter Center said in a news release. "The Carters are grateful for all the prayers, cards, and notes they have received and hope everyone will join them in enjoying a special Thanksgiving."

Jimmy Carter recovering after surgery on brain for subdural hematoma

Jimmy Carter through the years