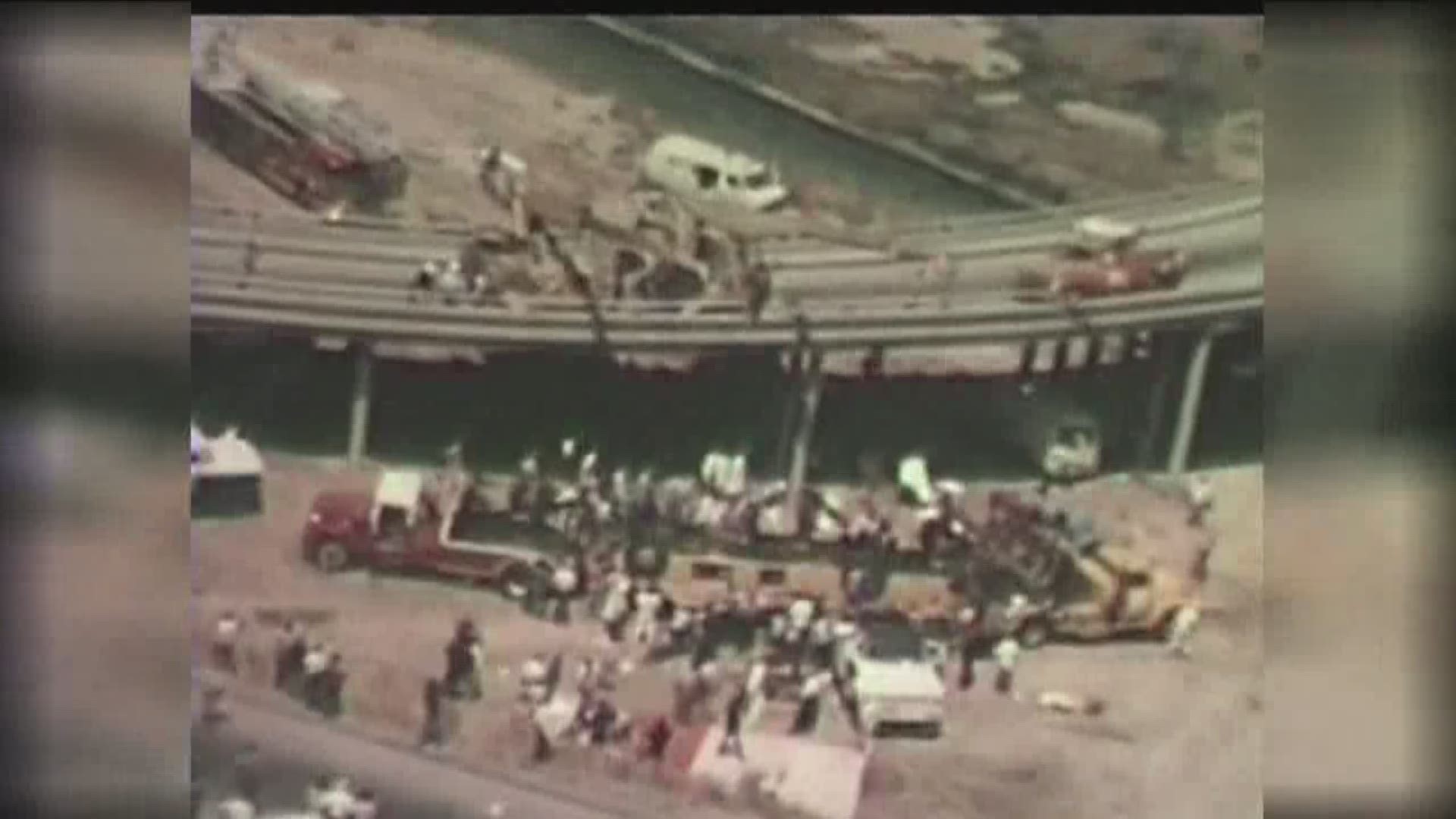 53 choir students from Yuba City High School boarded a charter bus. The choir group was on a field trip headed to the Bay Area. The inexperienced charter bus driver confused the brake warning light with an oil pressure light.

The bus was traveling on I-680 in Martinez when the brake system failed. The driver attempted to pull over on the Marina View exit (exit 56) but ran the bus through the guard rail. The bus and its 53 passengers fell 21 feet landing on the roof of the bus. 29 people died as a result from the crash, including 28 students and the choir director's wife.

Survivors and first responders meet every year in Yuba City to pay tribute to those lost. Donna Sorenson (formally Donna Peacock) kept a journal of her experience following the disaster. She was 15 years old at the time and sat next to her boyfriend, Dan Wright, when the bus went through the guard rail.

"Many times I had a homesick feeling but, I know what I was homesick for was not home... it was Dan," Sorenson reads from her journal.

Her boyfriend died at the hospital days after he was pulled from the bus. Sorenson was in the hospital recovering from severe bruises to her head when she heard the news. She was allowed to go to Wright’s funeral in a wheelchair.

"Mom took me over to Mrs. Smith who was Dan's mother. I had a good time talking to here. She is a very nice person and easy to talk to. I have learned to lover her a lot since I have known Dan. I am glad there is someone there to talk to me about Dan that really loved him as I did," Sorenson read from her journal again.

The Contra Costa Fire Department set up two memorials with the names of the passengers. One in Martinez and another in Yuba City. The driver of the bus did survive. He was charged with manslaughter but was not convicted.

The accident, however, did spark change by creating higher standards and requirements for bus drivers. In 2015, Caltrans completed improvements to Exit 56 in Martinez, making it safer.