'I’m waking up laying in a puddle of oil and gasoline.' | Modesto mother opens up after being injured in police chase

The driver of a stolen truck crashed into Kayleen Gleason while he was attempting to get away from police. Gleason’s 4-year-old daughter was also in the car. 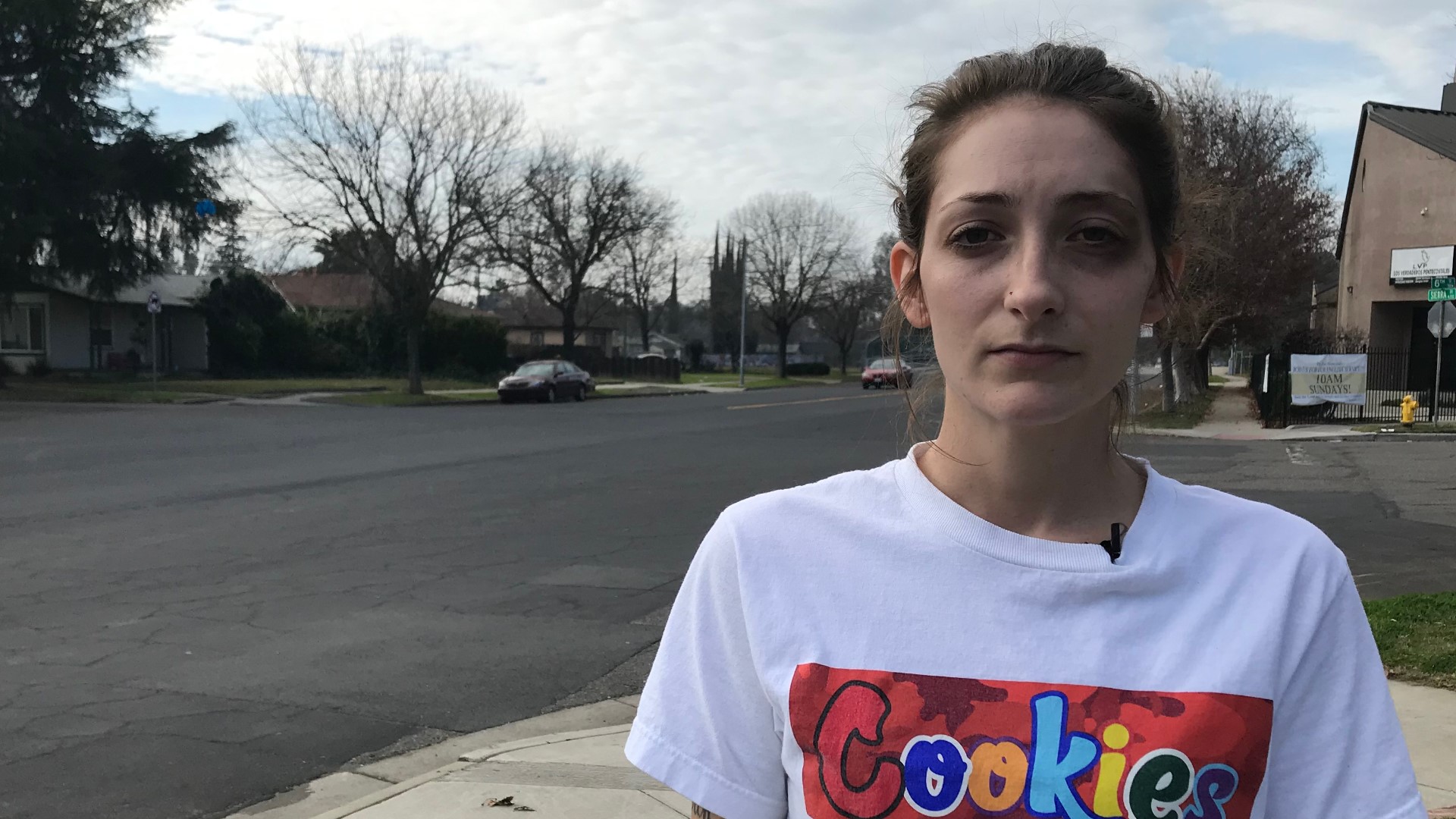 MODESTO, Calif. — The victim of Tuesday’s crash at the intersection of Tuolumne Boulevard and Yosemite Avenue in Modesto told her side of the story Wednesday. The driver of a stolen truck crashed into Kayleen Gleason while he was attempting to evade authorities. Gleason’s 4-year-old daughter was also in the car at the time of the crash.

“My head went through the front windshield. So you probably can’t see it on the car. There’s a huge spider-web crack on the windshield. My head is actually what did that. So all the shards of the glass went into the side of my head." Gleason said. "Somewhere in the crash I tried to shield myself. So I have glass going down my arm.”

Gleason is now back home despite having sustained some serious injuries.

“I definitely feel like I was hit by a truck,” Gleason said. “I’ve got concussions, whiplash, I’ve got bruises all over me. I have a bunch of bruising on my face. I’m still picking glass out of my arm. And then I have a couple of bruises on my back. We’re going back today for a possible fractured wrist.”

Modesto police said the driver, Dustin Degetaire, 21 of Jamestown, ran a stop sign at the Yosemite Avenue and Tuolumne Road intersection after officers turned on their emergency lights and tried to catch up to the truck.   Degetaire ran away from the crash but was caught just a short distance away, police said.

Gleason said she doesn’t remember everything but she explained what she experienced.

“Everything just kind of went black,” Gleason said. “And I’m waking up laying in a puddle of oil and gasoline. They’re screaming, ‘The car is on fire!’ My daughter’s screaming in the back of the car and then I basically just go black again. And then I’m waking up in the back of an ambulance and I see to the left of me the accident. So my initial thought is I just killed somebody. I hit somebody. I’m freaking out. And then when I got to the hospital that’s when they’re telling me, ‘No you didn’t hit anybody. You were actually the victim of a high-speed chase.”

Kayleen says her daughter is okay but she’s worried about her.

“She had to sit there and watch the crash happen, watch mommy lose consciousness, not knowing what’s happening,” Gleason said. “Having random people take her out of a car. So it was very traumatizing not just for me but for her.”

Gleason said it’s been hard getting information about what happened and why it happened.

“I personally think there could have been a lot of things done differently to avoid casualties like this,” Gleason said. “ It’s a main highway. I don’t think chases should go on a highway like this but they did what they could, they helped me and my daughter in a terrible situation. And I know I was freaking out and probably not cooperating with them.”

Degetaire has been charged with burglary, fleeing the scene and resisting arrest. Kayleen says it’s not enough.

“I plan to be at every hearing I possibly can. I just saw he had a court date today. So I’ll go to every hearing, talk to every DA I have to and get the charges as much as I can cause my daughter shouldn’t have gone through that.”

WATCH MORE: How doorbell cameras are helping to solve more crimes in Modesto

► STAY UP TO DATE ON EVERYTHING HAPPENING IN MODESTO BY DOWNLOADING THE ABC10 APP: