Police received a call shortly before 8 p.m. Tuesday, regarding two teens who had been shot in the 5800 block of 64th Street, in South Sacramento. 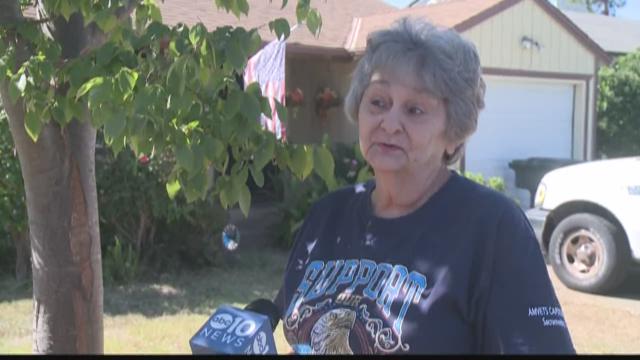 A teenage boy died and another teen boy was injured in a shooting in South Sacramento Tuesday evening, according to the Sacramento Police Department.

Police received a call shortly before 8 p.m. regarding two teens who had been shot in the 5800 block of 64th Street.

One of the boys, a 15-year-old victim, identified as Tamir Williams, died from injuries sustained in the shooting while the other boy, also 15, is in serious condition, police said.

Police believe the teens may have been in the area to commit a home invasion robbery. Sac PD spokesperson Sgt. Bryce Heinlein said the boys aren't from that particular neighborhood.

Investigators also noted they do not believe the shooting to be gang-related - and call this incident an isolated one.

Sgt. Heinlein said no firearms were found on the boys once police arrived. He declined to say Wednesday afternoon who - or how many people - fired a gun.

"That'll be something that the investigation shows at a later time," he said. "There's a lot of information that these investigators have to comb through."

He added that the people who "have been involved in this situation have been identified and are speaking with detectives."

"I don't like stuff like this, this close to home, you know. I mean, I'm getting too old. I can't deal with this stuff," she said with a chuckle, then adding seriously, "This is too close."

She has lived here for more than 50 years and calls it a generally safe neighborhood.

"I'm really devastated about it because we've never had anything like that happen in our neighborhood, at all," Zamudio said. "I've been here for 20 years."

Neighbors, he said, "are not used to this type of activity or shootings on their street, not that any neighborhood should ever have that, but this is out of the ordinary for that neighborhood. It's a very quiet neighborhood."

Police are looking for answers...to the questions many are asking.

Cassandra Jennings with Greater Sacramento Urban League spent her Wednesday talking with kids who knew the teen who died.

"Obviously, the question is, 'Why?' And that's part of our role with the Black Child Legacy, the Urban League and all of our partners across the county, is that we don't want these senseless murders or things that can be avoided to happen in our communities," Jennings said.

"Third-party homicides is an issue that we need to address," she said. "Those are things that are preventable. And that's our goal, to try to figure out how we can be a little more proactive and provide other opportunities for people that they don't result down this path."

Sgt. Heinlein said the best way to respond to crime is to unite, as an entire city.

"This is a situation that impacts the whole community, you know, the family that lost a loved one to the people that live in that street and in that community," he said.

The South Sacramento community holds regular peace walks, and the next one happens to be scheduled for Thursday night, at 7 p.m. This time, however, it'll take on some extra sad meaning in light of recent events. More information on that peace walk is HERE. The walk will begin at 7 at Providence Place Apartments, located at 5500 Mack Road.