The officers shot during a burglary investigation in Elk Grove have been treated and released from the hospital, however, the suspect in that investigation is still be treated at a hospital for his injuries. 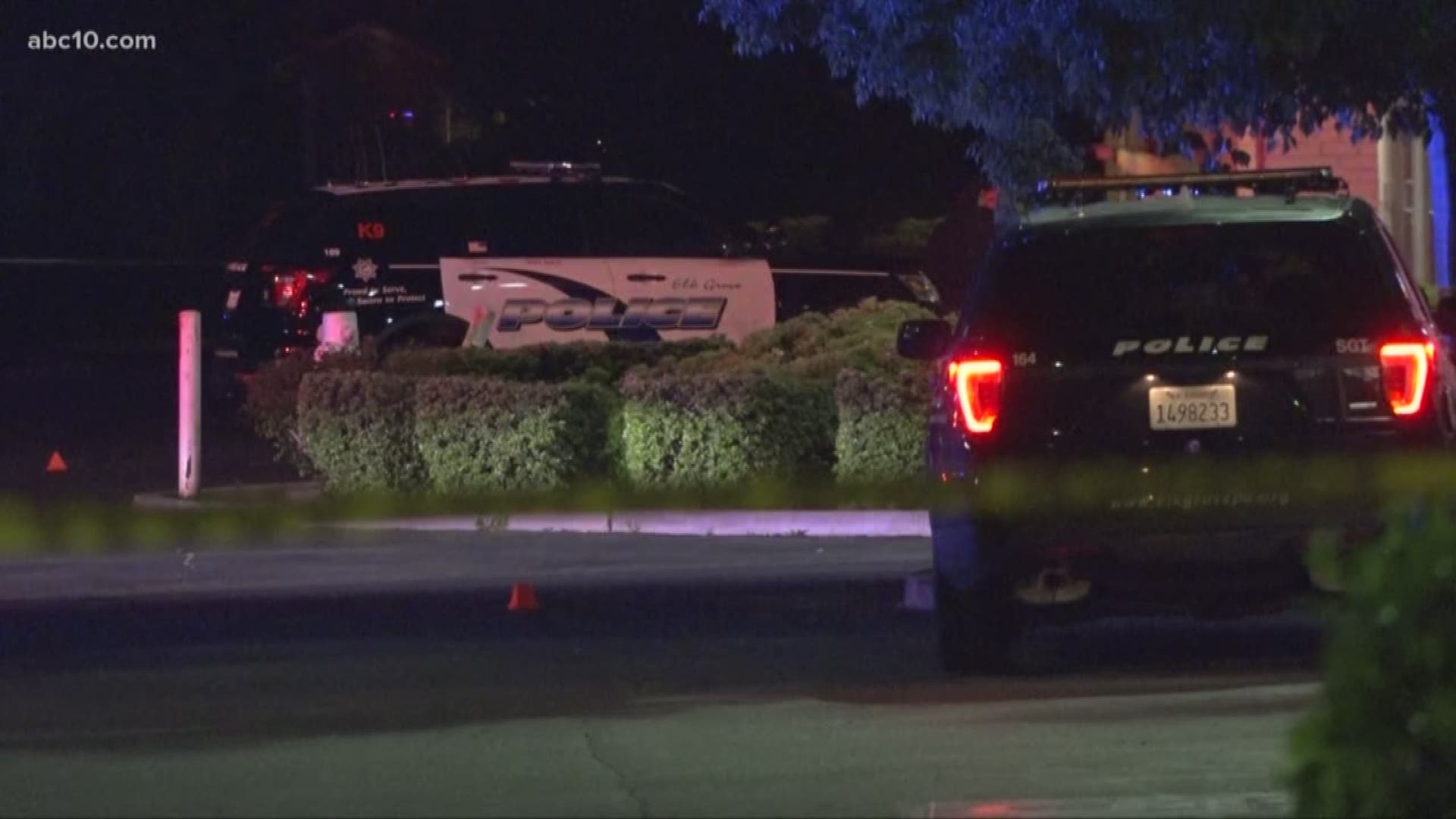 Two officers shot during a burglary investigation have been treated and released from the hospital, Elk Grove Police Department said. However, the suspect in that investigation is still being treated at a local hospital for his injuries.

On April 20 around 11:11 p.m., police had responded to a call regarding a suspicious person in the area of Tegan Road, just west of Franklin Boulevard. The caller told authorities that they saw what they thought was a male subject trying to break into a travel trailer hooked up to a pickup truck.

According Elk Grove police, the caller continued on to say the male pulled on the trailer's door handles and saw him move a firearm from his pants pocket to a sweatshirt pocket.

An arriving officer contacted two people, a male and female, standing near the travel trailer. The male and female complied with the officer and sat down on the curb. As the second officer was arriving, police said the male ran southbound through a shopping center parking lot on Laguna Boulevard and Franklin Boulevard.

Police say the officers were on each side of the suspect when he moved toward the second officer with his hands near his midsection area, and, according to EGPD, officers fired at the suspect hitting him.

They added that officers also found the suspect to be in possession of a loaded firearm.

The officers had both sustained a non-life threatening gunshot wound to the lower leg, however, the subject had sustained life-threatening injuries. Officers on scene provided medical aid until fire personnel arrived. All three would be taken to the hospital.

As authorities investigated, they learned the original caller and suspect were acquaintances. They also learned that the travel trailer was registered to another individual but primarily used by the suspect.

Police identified the suspect as a 41-year-old male from Sacramento. The female that had been initially contacted with the suspect was detained and later released.

When the Sacramento male is released from the hospital, he'll be booked into Sacramento County Main Jail on charges including felon in possession of a firearm, possession of a loaded firearm, and resisting/obstructing arrest. In accordance with department policy, the officers involved in the shooting will be placed on administrative leave.

The shooting investigation will be independently conducted by the EGPD's Investigation Bureau, Professional Standards Unit, and the Sacramento County District Attorney's Office - the standard practice for any officer-involved shooting.

Two Elk Grove police officers were wounded Saturday night after chasing a burglary suspect, according to Elk Grove Police Department spokesman Jason Jimenez.  Both were taken to a local hospital and are expected to survive.

The incident began just after 11 p.m. Saturday night near Tegan Road when officers responded to reports of a potentially armed person burglarizing a trailer, Jimenez said.

When officers arrived on scene, they located a male and a female suspect, Jimenez said. When the officers attempted to detain them, the man ran from police.

Credit: Giacomo Luca/KXTV
Two police officers and a suspect have been injured during a Saturday night shooting in Elk Grove.

Officers chased the man into a nearby Walgreens parking lot where shots were fired, Jimenez said. The male suspect and both officers were struck by gunfire.

Each officer received gunshot wounds to the legs, Jimenez said. The male suspect was taken to a local hospital for treatment to life-threatening injuries.

“Anybody in law enforcement knows that you go to call after call and now knowing what’s going to happen,” Jimenez said. “Again, this is a reminder of how dangerous this job can be.”

The department can confirm that both responding officers fired shots. A gun was located on the scene, although, at this point in the investigation it is unclear how many shots the male burglary suspect fired, Jimenez said.

The woman was detained for questioning in relation to the initial call, Jimenez said.

A 50 yard stretch of Laguna Boulevard at Franklin Boulevard was closed for several hours between late Saturday night. The roads since reopened Sunday morning, however, the Walgreens parking lot will likely be closed off for several hours more as law enforcement continue their investigation.