Sacramento County Sheriff's Deputies were called out to the Dimple Records store near Arden Way and Fulton Avenue for a report of shots fired. 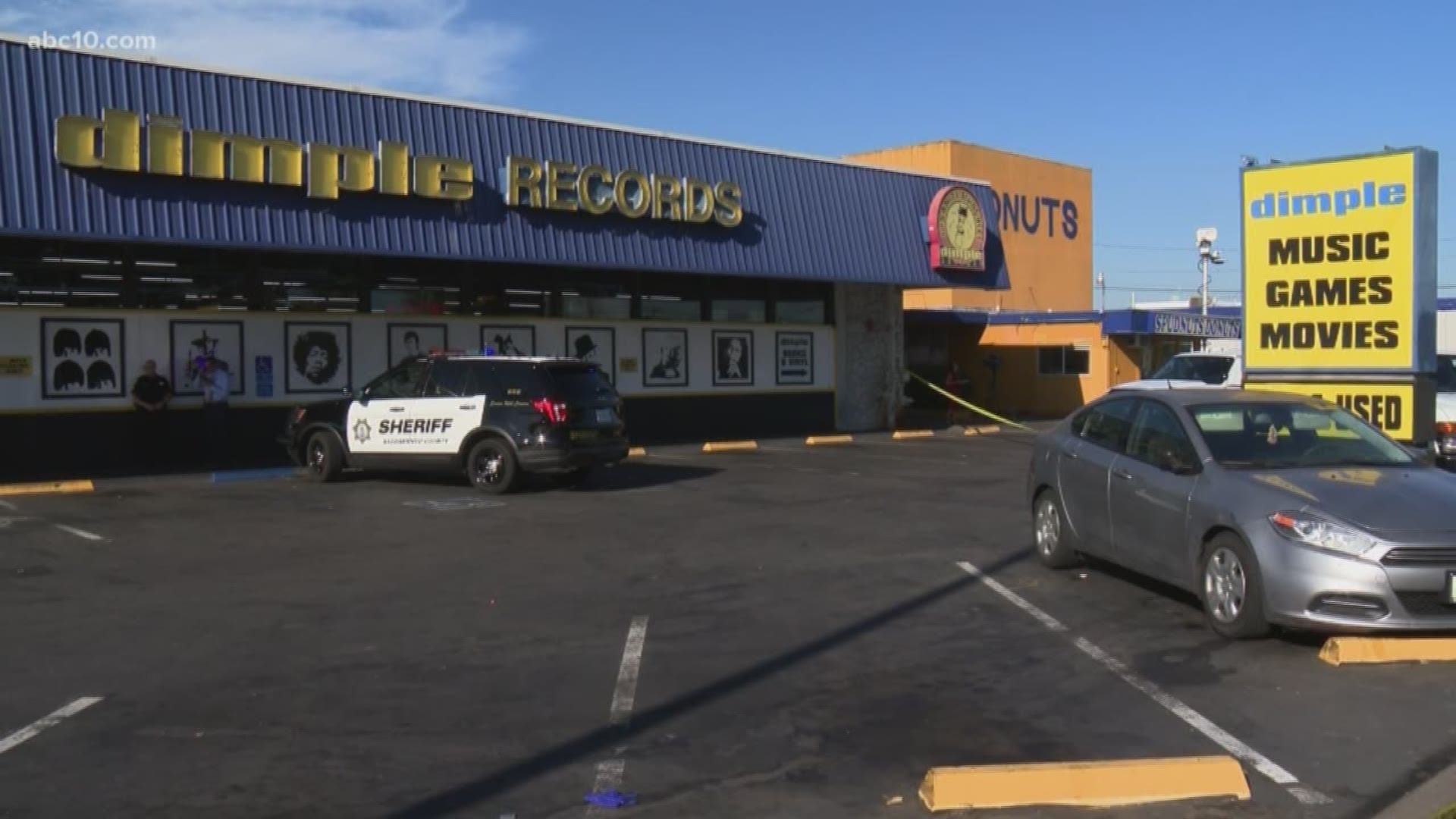 Authorities are investigating an armed robbery with shots fired at a record store in Arden, Tuesday afternoon.

Sacramento County Sheriff’s Deputies were called out to the Dimple Records store near Arden Way and Fulton Avenue for a report of shots fired. One victim was assaulted during the robbery.

According to the sheriff’s department, the incident started as a robbery in the parking lot of the store. The victim fled inside and at least one of the suspects followed, according to investigators.

Authorities say the suspect fired “several rounds” at the victim inside the store, with several customers present at the time.

Investigators searched for the suspects for more than two hours but were unable to locate the men. However, they say physical evidence retrieved at the scene could help in the investigation. The suspects covered their faces during the robbery and no description was made.

If you have any information regarding this incident you are asked to call Crime Stoppers at 916-443-4357.

Plz R/T: Heavy law enforcement presence near Fulton/Arden regarding a robbery. Please stay clear of area as traffic will be impacted. We will provide updates soon. PIO on-scene.

FINAL UPDATE REGARDING ARDEN INCIDENT: We have concluded our search for the robbery suspects and were unable to locate them. Thx for the R/T. For more details re today’s event, follow this link: https://t.co/7UXzTSJGF3