With two plans to address rising rent prices and affordable housing, Sacramento may be looking into an area that only a handful of other cities have looked at before. Rent control has only been implemented in a handful of California cities. 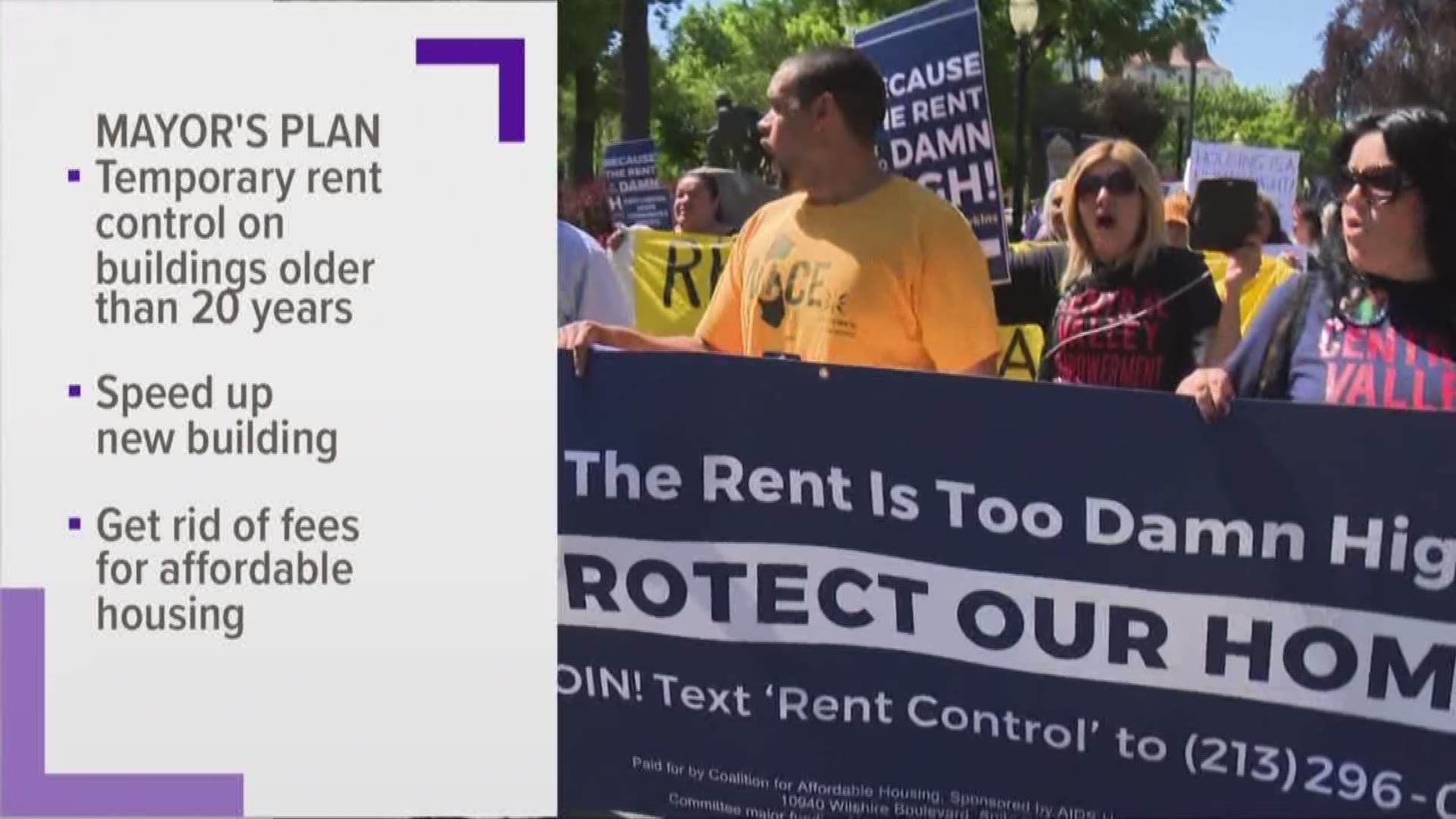 Sacramento leadership is looking to mitigate growing impacts to housing development in the City and one proposal could include a temporary rent control measure, a route taken by only a handful of California cities.

The City of Sacramento has had some of the highest rent increases in the country and eviction rates higher than the statewide rate, according to Mayor Darrell Steinberg at Tuesday's Sacramento City Council meeting.

At Tuesday's meeting, Assistant City Manager Michael Jasso added that there is an insufficient supply of affordable housing and increases in rents that have made finding affordable housing difficult. He also reasoned that Sacramento cannot solely build its way into greater affordability.

Back in 1980, Berkeley residents passed their rent control ordinance. Known as the Rent Stabilization and Eviction for Good Cause Ordinance, this law regulates most residential rents in Berkeley.

It is intended to provide tenants with increased protection against unwarranted evictions, maintain affordable housing, and “preserve community diversity.”

There is a Rent Stabilization Board that is the authority for regulations, hearing petition appeals, and carrying out the ordinance. Staff also provides information to landlords and tenants, calculates rent ceilings, issues decisions on rent adjustment petitions, and collects registration fees. Rental owners covered by the ordinance also have to pay registration fees to the Rent Board to fund the program.

The City of Fremont was responding to rising residential rental prices, and their City Council ultimately decided to go with modifications to their Residential Rental Increase Dispute Resolution Ordinance of 1997.

The program became effective in 2018 and included a multistage process, such as having a three-step process of consultation, mediation, and rent review board hearings; rent increase notice requirements; good faith participation from landlords and tenants; and exemptions for hotels, boarding, dorms, mobile homes, and transient housing.

As part of its implementation, the City would also be doing an annual report regarding the program's effectiveness. A report was produced by the City for the halfway point since adopting the changes.

From Jan. 1 to Jun. 15, the City received 40 requests to start the rent review process, however, not all of these requests went through the process. While the data was incomplete due to those issues, 11 tenants out of the 40 rent review requests got an invalid rent increase notice.

Out of 16 rent review cases, the average increase was 12.3 percent. Prior to rent review, it was 14.8 percent. Concerns had also reached the City about increasing rent, leverage in negotiations, and concerns over landlords’ ability to cover their own expenses.

In 1983, the City of Hayward adopted rent control policies in response to a shortage of affordable residential housing and the impact of rent levels of various communities. The law was intended to provide stable rent increases, rehabilitation of rental units when vacancies occur, investment in new residential rental property, and assuring efficient landlords can get a fair return on property and rental income.

Their policy applies to about 11,200 rental units in Hayward, and it provides limits on rent increase and causes for eviction for residential units in Hayward. General rules under the ordinance state that a landlord cannot raise the rent by more than five percent per year and can’t increase rent more than once in a 12 month period.

Additional elements include landlords being able to increase the rent more than five percent per year to recoup increase in the cost of utilities, however, aggregate rent increase can’t go over 10 percent in a year.

Oakland's Rent Adjustment Program Ordinance was passed back in 1980. About 77,000 units are covered by their rent stabilization program. It sets maximum annual rent increases based on annual consumer price index increases, handles rent adjustment claims, and other rent-related issues.

Michelle Byrd, Deputy Director of Housing and Community Development, told the Sacramento City Council on Tuesday that issues like capital costs getting passed on to tenants were part of the reason Oakland took action with a rent control ordinance.

According to Byrd, their rent stabilization program is evolving. The City is constantly re-evaluating the program as they see new issues coming into the focus. However, one of the main goals continues to be keeping people in their homes.

The ordinance is governed by two documents, one is the ordinance itself passed in 1979 and the other are rules and regulations adopted by the rent board commissioners.

According to the San Francisco Tenants Union, most residential tenants are covered by rent control, meaning that their rent can only be raised by a certain amount every year. It also provides protection for the tenant, in that they can only be evicted for “just causes,” and it allows tenants to petition the rent board to decrease rent if a landlord fails in providing required services.

The Rent Board is used to conduct hearings and mediations for tenant and landlord petitions about rent adjustments, but it also investigates wrongful eviction reports but with limited authority.