The state agency that regulates PG&E wants to keep its communication with the Governor’s office a secret. ABC10 is suing after the CPUC refused to share records. 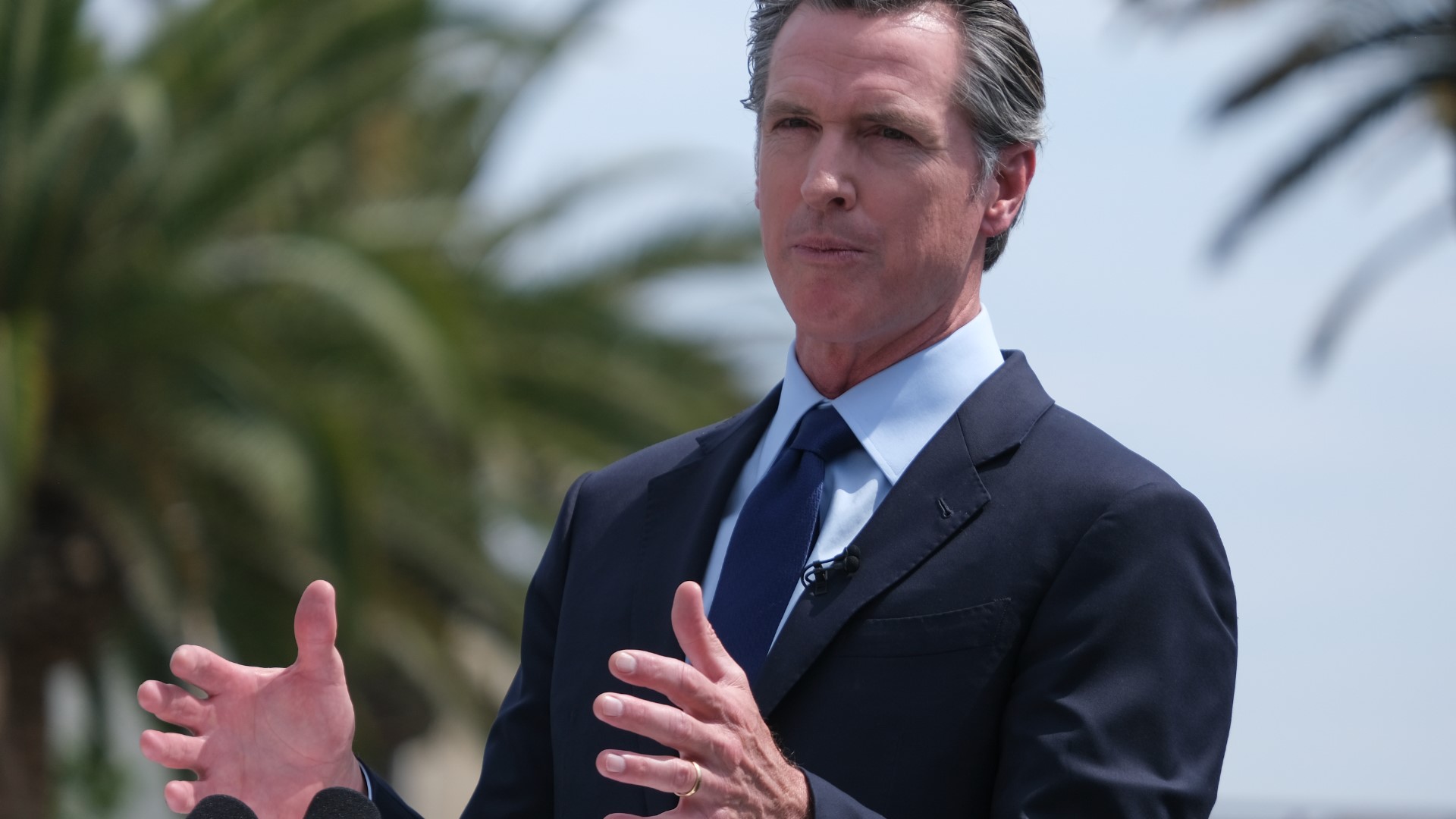 SACRAMENTO, Calif. — California transparency laws call the ability to review records of government business “a fundamental and necessary right of every person in this state,” but a powerful state agency seems to have found a simple way around that: dragging its feet.

It started in November 2020 when ABC10 asked the California Public Utilities Commission to hand over messages between its top official and high-ranking staffers in Gov. Gavin Newsom’s office.

ABC10 wanted to see what CPUC President Marybel Batjer and Gov. Gavin Newsom’s office said to each other while orchestrating a complex plan to help PG&E exit bankruptcy in the wake of the company’s crimes.

The CPUC refused to release the messages and delayed ABC10’s ability to challenge its decision in court.

“Under the logical extension of [the CPUC’s] position, they can essentially ignore all Public Records Act requests for months or years and never be held accountable for that,” said Steve Zansberg, a freedom of information attorney representing ABC10 in the case. “Or for the actions that those public records describe.”

GO DEEPER: This story is part of ABC10's FIRE - POWER - MONEY reporting project. New episodes air August 10, 11, and 12 at 6:30 p.m. If you have a tip that could reveal more about California's crisis with utilities and wildfires, please contact investigative reporter Brandon Rittiman at brittiman@abc10.com.

The messages ABC10 requested come from a time period when the CPUC helped PG&E to exit bankruptcy despite the company’s criminal behavior in sparking the 2018 Camp Fire.

PG&E pleaded guilty to 84 felony counts of involuntary manslaughter and a felony for sparking the Camp Fire that killed the victims. The company neglected 98-year-old parts on a high voltage line until one of them snapped in a windstorm, sparking the fire.

In response, the CPUC waived PG&E’s $200 million fine for safety violations, approved PG&E’s plan to pay its victims in shares of stock, and hampered the criminal investigation of PG&E, according to prosecutors.

“The state of California and Governor Newsom has prioritized [PG&E’s] corporate health over the victims of PG&E's wildfires,” said Steve Bradley, a retired CAL FIRE dispatcher whose grandmother, Ethel Colleen Riggs, was among PG&E’s 84 manslaughter victims. “The government has made it more of a priority for PG&E to come out OK than the victims of PG&E. Why?”

Batjer and Newsom have declined multiple requests for interviews.

Under California’s constitution, the CPUC is supposed to operate independently. The Governor does not have authority to fire the five appointed commissioners who set CPUC policy.

State law sets a 24-day “time limit” for government agencies to make determinations of whether they intend to release records or keep them secret.

The California Public Utilities Commission has not acted on the records requests for more than eight full months.

A state appeals court in San Francisco ruled that ABC10’s lawsuit can’t go forward yet because the CPUC has to be given a chance to reconsider through an administrative appeal.

ABC10 gave the CPUC that chance, filing our administrative appeal in December 2020.

The agency never acted on it, delaying well beyond the time limit set by the California Public Records Act.

After more than five months of waiting, ABC10 notified the CPUC of our intent to sue if the agency took no action on our administrative appeal.

In response, CPUC staff attorney Katheen Chovan blamed the delay on her “extended workload and the fact that these are the first appeals I have encountered in the five years I have been at the Commission.”

Since then, Chovan has twice promised that the CPUC would “target” an upcoming meeting of its commissioners to consider ABC10’s administrative appeal.

The CPUC missed its “target” in June and says it will miss its next “target” in August. And now, it has no target at all for when it might reconsider the appeal.

“The CPUC must comply with the Public Records Act,” Zansberg said. “It simply can’t exempt itself.”

ABC10 plans to appeal the case to the Supreme Court of California.

“What our petition is asking the California Supreme Court to do is to rule that the public utilities commission is subject to the Public Record Act,” Zansberg said. “Because as it stands now, it is not.”

The CPUC justified keeping the messages secret under an exception for “governor’s correspondence” in the transparency law, but prior case law has interpreted that exception to apply only to communications between the governor and people outside of the government.

“The records you requested in November of last year are unquestionably public records,” Zansberg said. “People have a right to inspect records of government that tell us what our public servants are up to.”

Family members of the people PG&E killed hope to learn all the details they can about what the state government did to rescue PG&E from the consequences of its crimes.

“It has to be corruption,” Steve Bradley said. “If they were bumbling politicians that didn't understand what they were fully doing, they wouldn't be able to do what they're doing.”