The California Department of Public Health confirmed seven facilities throughout the state they've identified for storage and distribution of the COVID-19 vaccine. 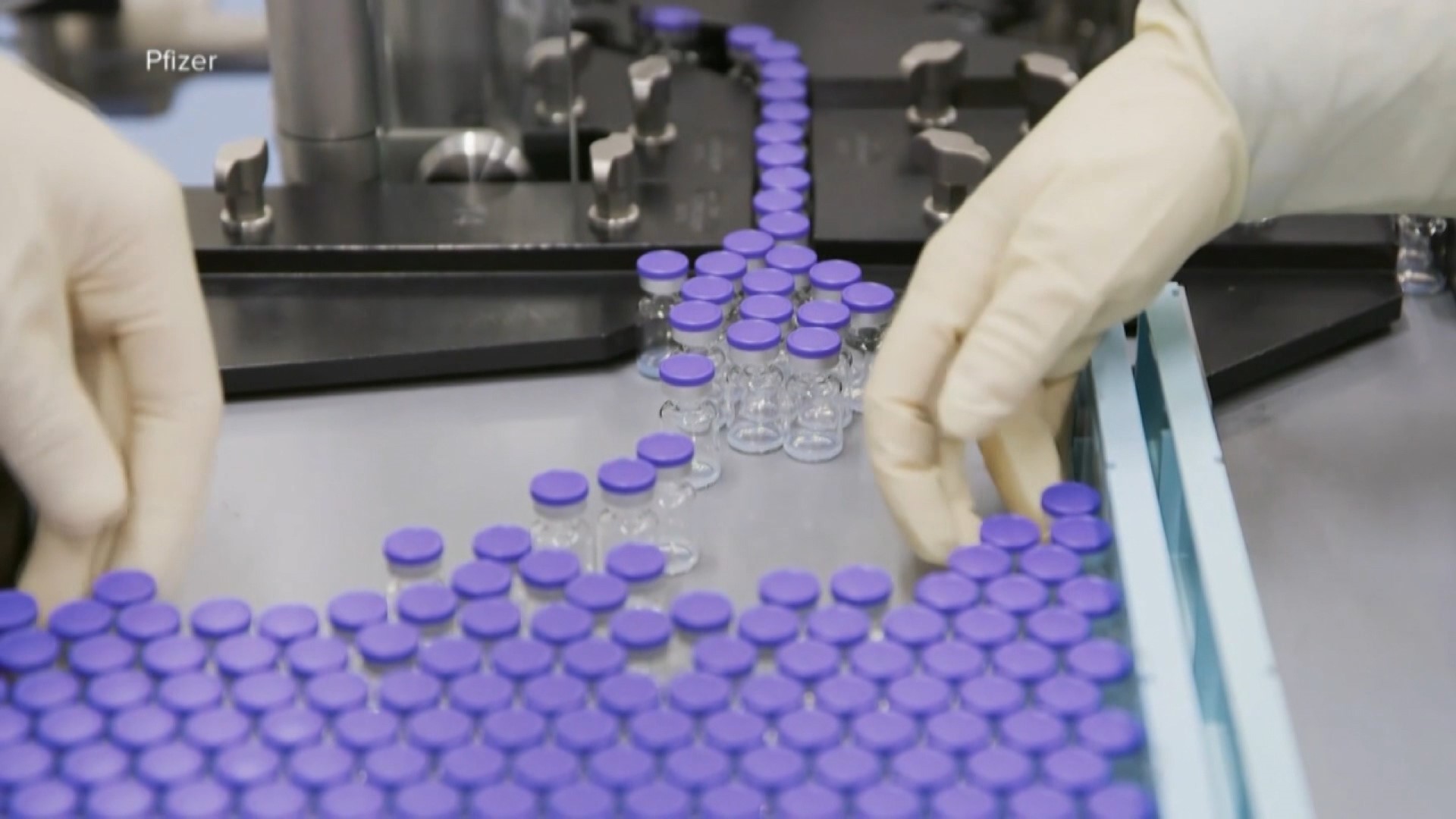 SACRAMENTO, Calif. — The United States is preparing for the hopeful and impending approval of two COVID-19 vaccines by Pfizer and Moderna. But from where will the vaccines be stored and distributed?

The California Department of Public Health (CDPH) confirmed a list to ABC10 of seven hospitals and facilities throughout the state they've identified:

The CDPH said these facilities were chosen based on their ultra-cold storage capabilities, as the Pfizer vaccine -- the first assumed to be approved by the FDA -- must be stored in negative 80-degree freezers, at large "highest-risk" healthcare population and/or hospitals that were willing to redistribute vaccines outside their facility and network. The final criteria was one of geography, as CDPH said these places were chosen to be spread across the state as evenly as possible.

"Additionally, when the Moderna vaccine arrives, it won't require the negative 80 storage that the Pfizer vaccine requires and can be stored in normal pharmacy freezer space, of which there is ample," said UC Davis Health's Edwin Garcia.

The CDPH said while the seven hospitals were part of an initial request from the federal government, they've made other requests for pre-positioning at hospitals and other sites that have ultra-cold storage.

"That list is growing by the day as more sites self identify as having ultra-cold capacity," said the CDPH.

ABC10 reached out to some of the main medical schools across California to ask about their ultra-cold capacity and any plans on storing/distributing the vaccine. UC Riverside, UCLA, UCSF, USC, and Loma Linda all said they have ultra-cold freezers and said they're ready for vaccine storage if needed.

Specifically, UCLA said they have the ability to store more than 1-million doses of the vaccine. UCSF said they can hold between 300,000 to 600,000 doses.

If and when the Moderna vaccine is approved, it's anticipated to ease up specific freezing requirements as it only has to be held in a negative 20-degree container -- a more common piece of equipment.

The ultra-cold storage is one of the unique things about this vaccine. That, and the fact that the vaccine takes two shots for an individual to be fully inoculated.

"I think the fact we have to do a second shot is a big deal. A really big deal. A lot of logistical problems," said Chief Health Care Officer Dr. Janis Orlowski of the Association of American Medical Colleges. "Can I find you? Are you there? This is one of the things we don't know the answer to but we're going to have to try and figure out is what happens if you don't show up in 30 days but you show up in 45? Do you just get one more shot or do we have to do it all over again?"

But a big piece in finding that out is for scientists to get vaccines out and administered, which has been another logistical challenge identifying who has those ultra-cold freezer abilities. That's why Dr. Orlowski has been working with medical schools across the nation to identify this, as the vaccine must be stored in these types of freezers for them to actually work. And the freezers must have the same temperature throughout.

These types of appliances are what companies like Thermo Fisher Scientific and LabRepCo specialize.

"Your vaccine might be on the top shelf. The one I get might be on the bottom shelf. Each one has to be within that temperature range or we have a problem," said LabRepCo Vice President Gary Bissig.

"If you look at [the World Health Organization], 50-percent of vaccines are lost every year because they're not effectively temperature managed," said Mitch Coyne, Vice President and General Manager. "Monitoring and fit-for-purpose storage are critical with respect to these vaccines, and all vaccines."

The demand for these specific ultra-cold freezers has increased, something industry manufacturing leaders like Thermo Fisher Scientific and PHC told ABC10.

"We've been planning this from a global perspective," said Coyne, who described the increase in demand as a "ramp" as he worked with pharma and biotech companies to anticipate the upcoming demand.

But that demand has been obvious to LabRepCo.

"Just the number of phone calls, inquiries, and quotations that we're doing... we'll do what used to be 10, 15, 20 a day is now 50, 70, 100 a day. Sometimes more," said Bissig, who said he's been hearing from smaller facilities like pharmacies and county's public health offices on acquiring these types of freezers.

The CDPH said the list of facilities holding and distributing vaccines will continue to grow and more places are identified for having the proper freezer storage.