In PG&E's monopoly, which covers 40% of California's population, the price is double the national average and rising. Brandon Rittiman explores why. 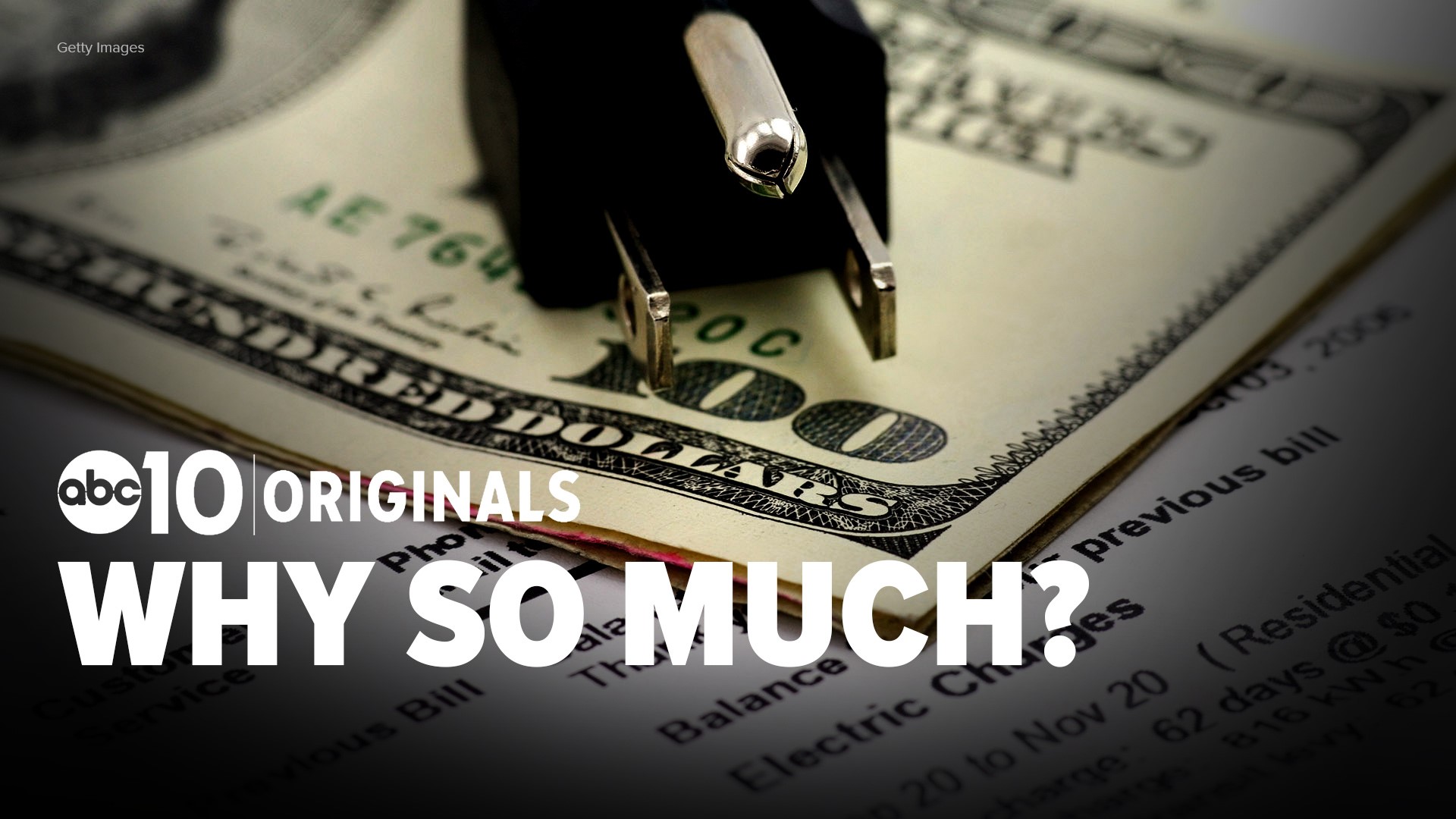 CALIFORNIA, USA — Thinking about her power bill is enough to bring out Alison Buchanan's rage.

"I would like nothing more than to see PG&E go down in flames," Buchanan said. "Like the flames that they’ve started, and the fires...I would like to see them, as the company, go down."

Buchanan says her summertime bills got so expensive, she decided to stop sleeping in her bed because it's upstairs.

"It’s anywhere from 94 to 97 degrees upstairs in the summer," Buchanan said. "I sleep on the couch downstairs underneath the ceiling fan because the downstairs stays a lot cooler."

It's not just her. Power is expensive in California.

On average, families and businesses in the state pay 1.6 times the national average price for a unit of electricity, according to the latest annual data (2018) from the U.S. Energy Information Administration.

We set out to explore what that looks like for real people and to answer some basic questions about why the rates are so high.

Buchanan shared her September electric bill, which showed $582 in electric charges. That's after a $384 discount for being enrolled in PG&E's income-qualified rate program, called CARE.

We compared her bill with a full-price bill sent to us from a customer of SMUD, the Sacramento Municipal Utilities District.

Even with the low-income discount, Buchanan had the higher effective rate. She paid 18.3 cents per kilowatt hour. The SMUD customer paid 17.3 cents, 5% less than Buchanan.

"Doesn’t surprise me," Buchanan said. "Not one bit. Makes me angry."

Without the discount, Buchanan's effective rate would have been 30.3 cents per kilowatt hour-- a little less than double SMUD's full price rate.

By using the federal data that shows what all residential customers paid in 2018, we found that a home using the national average of 914 kWh per month would pay $131.62 in SMUD and $202.91 in PG&E's monopoly.

That's a difference of about $71 more per month, which adds up to $855 more per year for PG&E customers.

WHY IT COSTS MORE IN PG&E'S MONOPOLY

Power bills can be mystifying to read. Utilities are allowed to charge rates that can vary based on a a wide variety of factors, including: the time of day, the day of the week, the season of the year, whether you have solar panels, or an electric car, how much power you use, your income level, and what kind of house you live in.

But there's one factor that tends to make a bigger difference than all of those things: what kind of utility you have.

Both kinds of utilities have to pay for two main costs: generation (the cost of making electricity) and delivery (the cost of building and maintaining the lines that bring it to you).

But investor-owned utilities have one more thing they have to pay: profit to shareholders.

PG&E declined to be interviewed for this story, but pointed out in an email that its rates are approved by state regulators and that it does not make profit off of the price it pays to third-party power plants to buy electricity for its grid.

PG&E'S RATES WILL KEEP GOING UP

“Our commitment is to keep customer costs as low as possible,” PG&E told us in a written statement.

They won't be going down though.

"There is some cost increases that will come to the consumer that were planned before the bankruptcy was declared," PG&E's CEO, Bill Johnson said in a U.S. Senate hearing in December.

Johnson did not share the feedback of the federal judge who oversees PG&E's probation for its six felony convictions, who said the company should have spent more on tree-trimming for wildfire safety instead of paying out billions in profits to shareholders over recent years.

But he did admit that after sparking the deadliest wildfire in California history, PG&E's grid needs safety upgrades that customers will have to pay for.

"Some of the upgrades to the system and other things [are] to the benefit of the customers and they will have to help contribute to that," Johnson said.

We’ve seen this before in California. More than a decade ago, wildfires started by San Diego Gas and Electric forced the company to make big safety upgrades.

Today, it’s the only major utility in the state with rates even higher than PG&E — 13% higher.

"They can just raise the rates and pass things on, you know, pass their mistakes onto us," Buchanan said.