Enoch Ku releases an eye-catching 'love letter to Rosemont' and raises interest in his neighborhood from around the world. 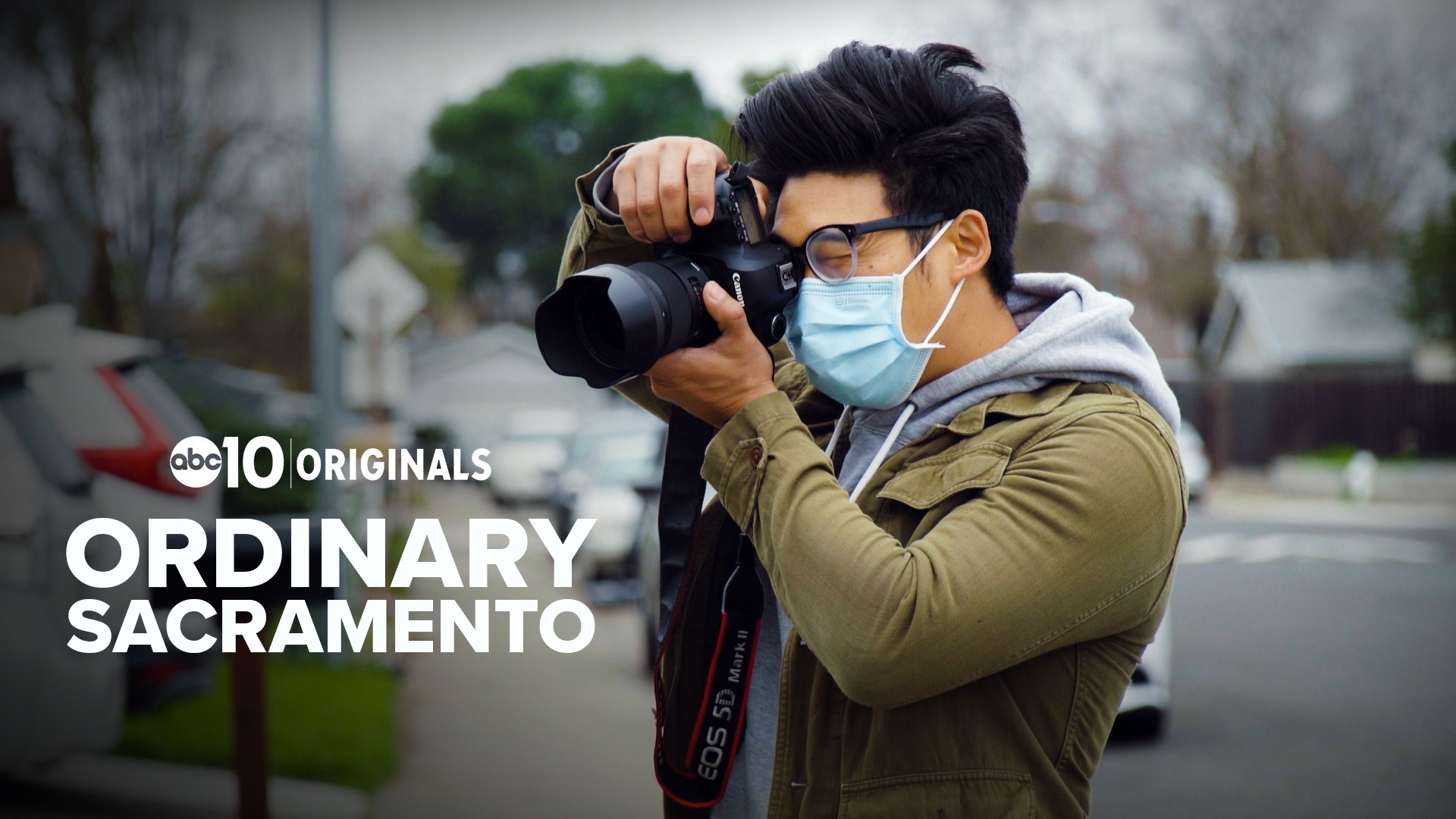 ROSEMONT, Calif. — Basketball nets, street signs, manhole covers. You won’t see these things in a guidebook, but for photographer Enoch Ku, they’re the little things that make up Ordinary Sacramento.

“There’s actually a photographer I had met one time that told me there’s nothing more to shoot in Sacramento," Ku said. "And I was like, 'What? Are you serious?'”

After COVID-19 hit California, Enoch’s work as a commercial photographer and actor dried up.

“I needed space to decompress and not become anxious,” Ku said.

He found himself taking more time to walk around his hometown of Sacramento with his camera. Freed from the hurry of his pre-pandemic schedule, Ku started noticing what he calls “little moments” that he would normally have missed.

“Slowing down was like an invitation to not just see, but really see, observe and see the beauty of the ordinary, the mundane,” he said.

The photos Ku took on these walks became a project named Ordinary Sacramento. These photos tend to focus on small details and textures that give character to life in suburban Sacramento. Over 6,000 people see the city through Enoch’s eyes as followers on his Ordinary Sacramento Instagram page. Many of them, he says, are looking from countries all over the world.

“Some people were like, ‘I went to California to visit San Francisco and LA, but now I want to go to Sacramento!’” Ku said of some of his Instagram comments and messages.

People have taken an interest locally, as well. In December, Timeless Thrills invited Ku to share Ordinary Sacramento in their Midtown gallery.

“The support from people of Sacramento for this project has really blown me away,” Ku said.

Over time, Ku realized he had enough photos of his neighborhood, Rosemont, to fill a book. So he made one. The book is titled "My Neighborhood Rosemont, CA (우리 동네 로즈먼트)"

“My parents immigrated from Korea at a difficult time,” said Ku. “To have parents who came here to sacrifice so that their kids have a better future, I’m gracious and thankful that they’re supportive of me in this endeavor.”

Ku said he chose to include Korean in his book title to honor his parents and also his own identity as a Korean-American.

“When you call some area your home. You're also saying and I'm a participant,” he said. “And so definitely this book was kind of an expression of that, of being able to say this is my home. I do have a voice.”

The first printing of Ku’s book has already sold out.

“No one knows about Rosemont, California! But now, literally, people internationally want this book I’ve made about Rosemont. To me, it’s like wow, I get to share my love for my neighborhood with people,” Ku said.

For now, Ku is working on making more copies available to order. In the meantime, as always, he walks around town looking for ordinary moments to capture.

“If a life is a summation of our experiences, I want a very beautiful life,” he said. “And if that means coming across more beautiful moments, then I would love that to be the life that I get to live.”

Andrew McCarthy started taking cosmic photographs as a hobby but one photo got him unexpected fame.