More police departments across Northern California are asking people to register their cameras with the department to help solve crime. 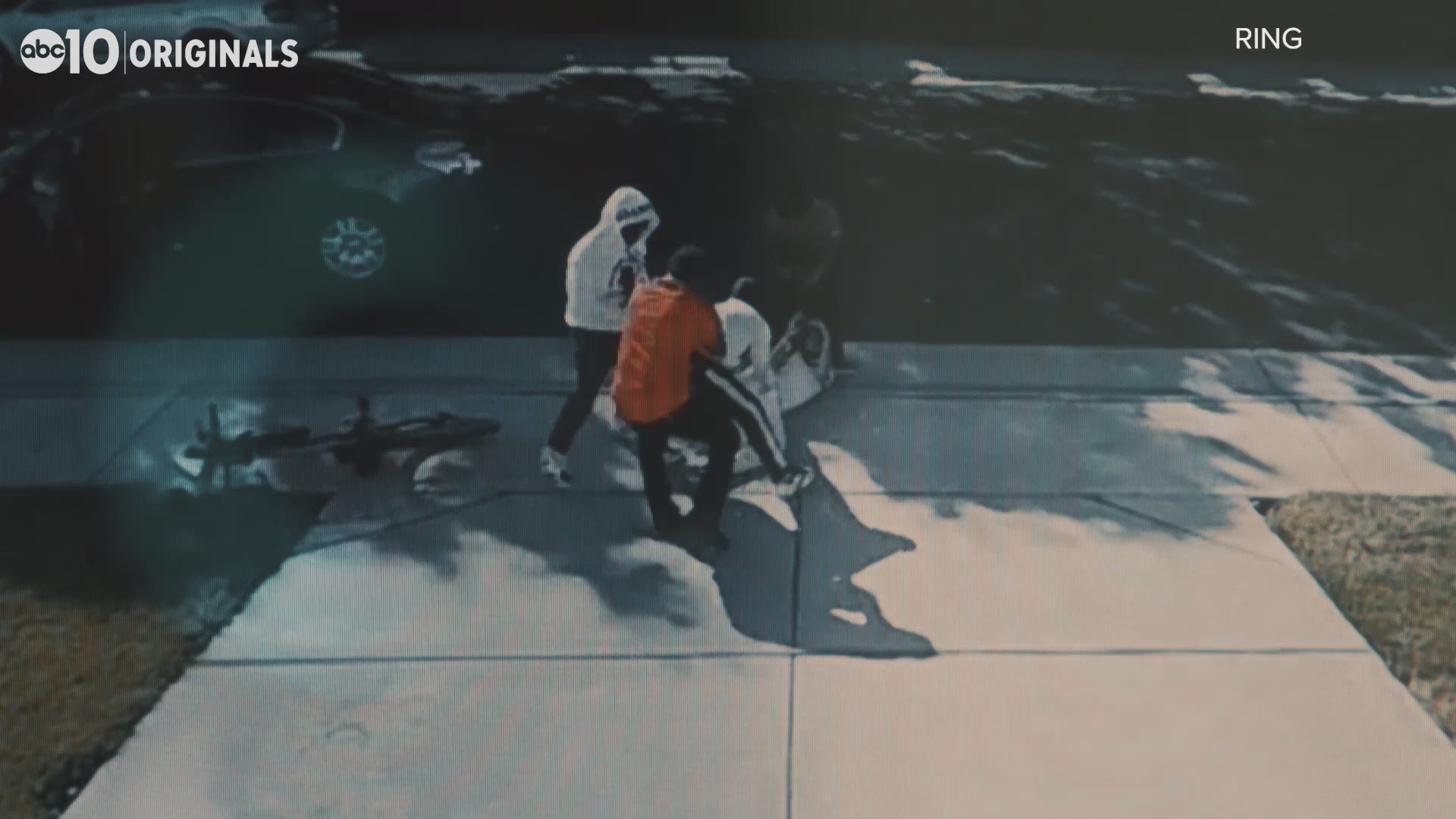 CALIFORNIA, USA — They are on almost every street, acting as the eyes and ears when you are not home. Security cameras are nothing new to Northern California neighborhoods, but police are now using security camera registries to help solve crimes.

The Roseville Police Department is just one of about 15 departments in the area using citizen's cameras to capture crime happening in the area through comunity-police relationship program. Roseville's is called Keep Watch.

"Really it's become a great crime prevention tool and crime solving tool," said Rob Baquera with the Roseville Police Department. Baquera added that "as a police department, we use several tools to help us solve crimes. This is really an exceptional tool that’s coming more and more common."

Since launching the program a few years ago, the department has had 466 cameras registered in their secure and private database. That means 466 people have let police know where they live and how to contact them in case their cameras catch a crime.

The department is not the only agency doing this. Elk Grove Police just launched its own program registry called CCTV, or Capturing Crime Through Video. So far, the department has 230 cameras registered.

"This provides an extra set of eyes that can help," Baquera said.

Currently, without registered video, Roseville police wouldn’t have additional evidence to help them solve crimes, some as serious as homicide.

"We have seen this help lead to the capture of package thieves, people who have vandalize cars, broken into cars and even juvenile-related crime," Baquera added.

"I do think it’s helping. People share videos and they caught a little kid followed by a car,"  said Lisa Hammons, the founder of the Facebook group, Roseville Crime Watch. "But they got that from their cameras at their house. If police know about an incident, they can access those cameras with the person's permission. So I think it’s fantastic and we would probably catch a lot more people."

"I know one for sure. It was when we started the page," Hammons explained. "Someone's car was stolen and someone on the page found the car. That persons' car was recovered, and I was like, 'Yes, a win.'"

Baquera insists the use of cameras on a registry doesn't mean there are less officers patrolling. Instead, it's just another tool that's becoming more common.

Hammons said he even wishes there was a registry for neighborhoods.

"I can look out the blinds, but having something or someone on a camera is way better," Hammons added.

Here are a list of local police departments that have their own registry programs in alphabetical order:

WATCH MORE FROM ABC10 ORIGNALS: Offers original series, investigations and deep dives, exploring a wide range of issues that features people and stories in the Central Valley and Northern California.