How a first responder says MDMA helped him get past PTSD

A retired first responder at a mass shooting 20 years ago says the psychedelic drug MDMA "cured" his PTSD. 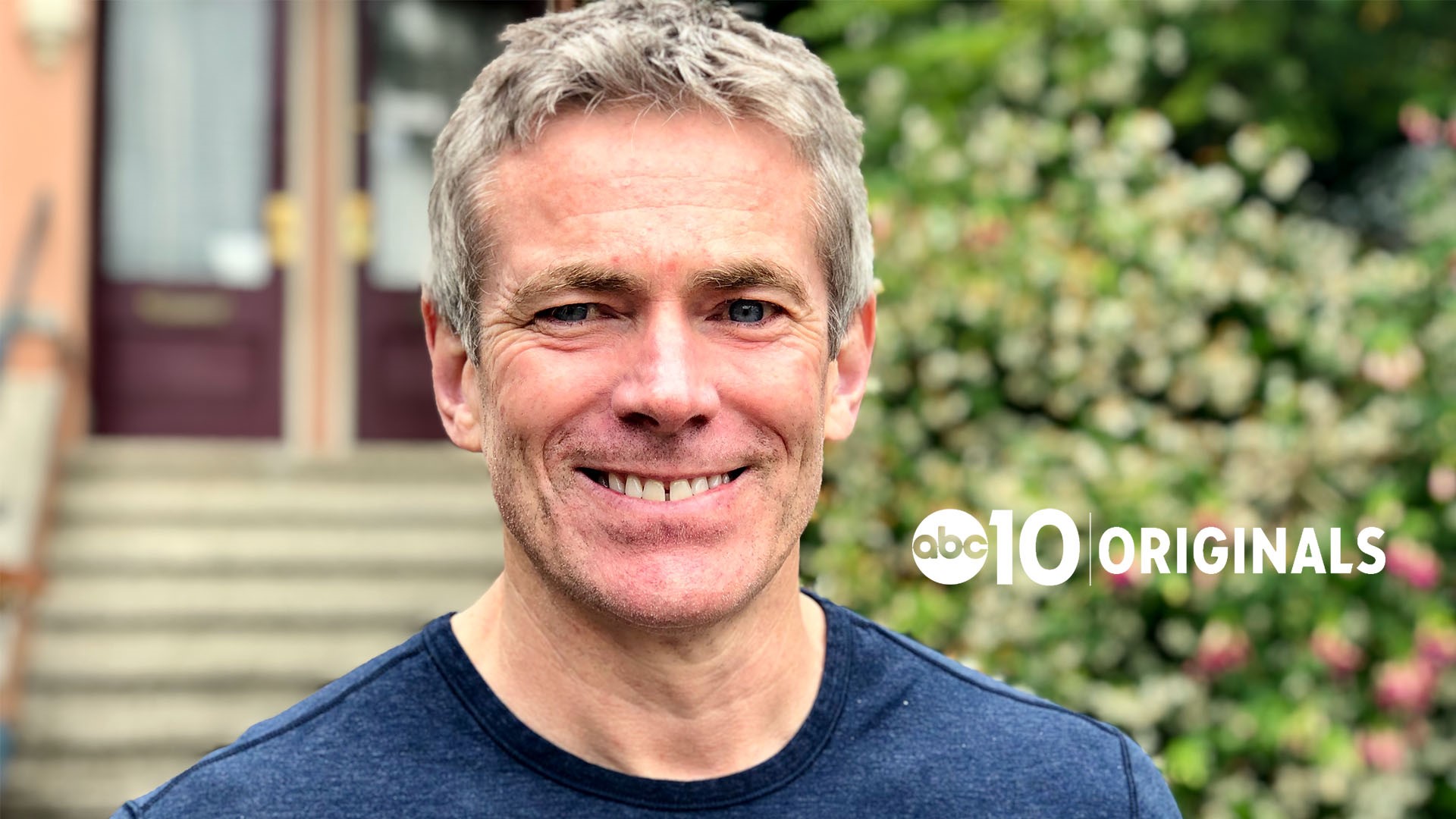 SACRAMENTO, Calif. — There have been 300 mass shootings in America in 2019, according to the Gun Violence Archive, a nonprofit that documents and publishes data on gun-related violence.

When mass casualty shootings happen, news outlets cover first and foremost the loss of life, the injured, the stories of victims and survivors, the circumstances of the crime and at some point transition into the shooter, their profile, identity, and possible motives.

After every shooting, we in the news also cover gun control laws and the lack of laws that could potentially prevent it. Those who dislike that conversation bring up mental illness. Talking points and coverage about mental illness following mass shooting events almost exclusively center around the shooter.

People who survive mass shootings and the families of those who don’t can often receive counseling facilitated by District Attorneys victims advocacy services.

The last conversation to be had on the topic is about the impact to first responders. There is an expectation that law enforcement officers have signed up for anything that comes their way, but just like survivors of mass shootings, first responders are also at risk of developing Post Traumatic Stress Disorder (PTSD), with symptoms they can carry for life.

Recent studies show more police officers and firefighters die by suicide than in the line of fire and suffer higher rates of PTSD than the general population, even when these problems are commonly under-reported among first responder populations.

Nick Watchorn suffered PTSD for 20 years after responding to a shooting in Tasmania, Australia while working as a police officer.

“It was a horrific visual sight. I didn’t cope very well with the emotional side of it,” Watchorn said.

For several days, he said he worked the scene of the massacre where a 29-year-old man, armed with a semi-automatic rifle, killed 35 people and wounded 23 throughout several locations of Port Arthur, a tourist site.

“The culture of emergency services back then was very much that either you are strong or weak. And if you're weak, you can't really be trusted,” Watchorn explained.

He decided to leave the job. He said he spent years in therapy and taking different kinds of antidepressants, with little changing in his symptoms and behaviors. Watchorn said, after his therapy sessions he would feel better only temporarily.

“It could be a matter of hours, and you walk away out of that office with a psychologist and reality kind of floods back in.”

Watchorn said, after witnessing the scene of the massacre, “it kind of blows the idea of what you think the world should be like and the way it should play out, and shadows it. Then you are kind of left trying to work out how to put (the pieces) back together.” Adding to that, “you can't really trust people because they're capable of all sorts of horrible things. And then you don't really trust yourself.”

For 20 years he suffered nightmares, flashbacks, drank too much, used drugs and engaged in overall risky behavior.

“I kind of felt pretty alone, a little broken and that’s pretty much what I was doing for the last 20 years. Just surviving. Trying not to accept that this was the way things were always going to be, but in the back of my mind figuring that this is about what my life is gonna be like.”

Watchorn described his flashbacks brought about physical symptoms as well.

“It's two o'clock in the morning. Your mind wanders back to where you were, and your body reacts. Your heart is starting to go and you're sweaty and now you can't stop that. This is kind of an emotional attachment to what's going on.”

The way he described it, he could not control his thoughts, his emotions or his physical symptoms.

“PTSD is such a disabling condition. It can be life-threatening,” said Stephen Eric Sienknecht, Psy.D., Nick’s therapist. “They're having intrusive thoughts or memories of the traumatic incident. They're having nightmares. They really have a hard time functioning.”

People suffering from treatment-resistant depression and PTSD have a spectrum of medication to try, but as anyone watching cable TV ads knows, they all come with a wide range of side effects. They are also the types of medication patients need to continue taking either constantly or periodically, rarely acting as a cure.

Sienknecht said, “we don't have very many good treatments for PTSD. We have CBT, mindfulness, Eye Movement Desensitization and Reprocessing (EMDR) therapy is OK. It's one of the best treatments we have and it helps maybe 50 percent of people.”

After three sessions with Sienknecht, the last one a year ago, Watchorn said he is symptom-free. He said he is effectively cured of his PTSD since Sienknecht treated him with MDMA. The treatment consisted of three sessions that began with him swallowing a pill containing pure MDMA, along with psychotherapy throughout the six to eight hours that the drug is in effect.

“During the sessions, I was able to look at things in a way which I would never consider,” Watchorn described.

In psychotherapy, patients are often asked to revisit a traumatic memory or parts of it. For a PTSD patient, the process can be painful, even re-traumatizing.

Sienknecht explained that MDMA seems to be ideal to treat the condition because the drug “increases activity in the prefrontal cortex, which is the area of the brain that's responsible for rational thinking, planning, and creativity. And it decreases activity in the amygdala, which is the fear response center of the brain. So it's this kind of perfect combination where it traumatized individual can. Actually think clearly and have access to their traumatic memories without that process being interrupted by this constant firing of the amygdala and the fight or flight response.”

“I was able to go and revisit things that were so painful and see them in a different way. So, instead of now shielding myself from everything. I'm OK with letting things come through,” Watchorn said.

Watchorn is part of the Multidisciplinary Association for Psychedelic Studies (MAPS) Phase III of clinical trials for MDMA-assisted therapy to treat PTSD. Phase II, as published in a medical journal earlier this year, resulted in 58 percent of participants no longer meeting the criteria for PTSD. One year after the final treatments, 68 percent of participants no longer had PTSD, though many still had sypmptoms.

“The research that we're doing in these clinical trials is using pure MDMA in a very limited number of times in moderate doses,” said Brad Burge, Director of Communications at MAPS.

That’s because MDMA is illegal. It is categorized as a Schedule I drug, which according to the Drug Enforcement Agency (DEA) “has no currently accepted medical use and a high potential for abuse.”

The synthetic drug, better known for its street names “Molly,” and “Ecstasy,” has been popular in dance clubs and music festivals around the world for decades. But drug policy experts warn that the pills sold on the streets are almost never pure MDMA and oftentimes don’t even contain any of it.

According to Burge, black-market pills “almost always contain some kind of harmful adulterant, like pain killers, caffeine, ketamine, PSP, much more harmful derivatives of MDMA have been found, amphetamine, methamphetamine, and any number of things that can kind of keep you awake longer.”

According to the National Institute on Drug Abuse (NIH), MDMA was invented and patented by German pharmacists in 1912 as an anticoagulant. Throughout the 70s and 80s, “some psychiatrists believed that it enhanced communication in patient sessions and allowed patients to achieve insights about their problems.” But it was also emerging as a popular party drug, so the DEA “declared an emergency ban on MDMA, placing it on the list of Schedule I drugs.

If the MAPS drug trials are successful, the FDA were to approve its medical value, and the DEA were to reschedule MDMA, it would be the first time it happens to any schedule I substance. But the victory for MAPS could take years. Also, the path would be different from cannabis because the drug would be dispensed by therapists in closed therapy sessions, not as a prescription picked up at the pharmacy or at dispensaries. Patients would not need to continue taking the drug.

Watchorn’s last dose was more than a year ago and he said he has no interest in taking the drug ever again since his symptoms disappeared.

The limited need for the drug in patients treated, along with its expired patent makes it unattractive for pharmaceutical companies, according to Burge. He said MAPS, a non-profit, doesn’t have investors, “just donors.”

At a time where profits have driven pharmaceutical companies to court, accused of creating the opioid epidemic in America, a “non-profit pharmaceutical” sounds like an oxymoron, but Burge explained, “that's been the only way that we found that we can actually gain the resources to develop these drugs into prescription medicines. For-profit pharmaceutical companies are not interested in funding this research because there's very little or relatively little profit potential involved in developing a drug to market.”

The way it works, “MAPS is structured as a nonprofit with a wholly-owned for-profit subsidiary. That's the MAPS Public Benefit Corporation. Through the corporation, we conduct all of the clinical trials, since that's how we spend all of the money that we raise through donations.”

If MDMA is approved by the federal agencies, MAPS will be able to generate an income by training therapists and selling the drug, for cheap since it’s a generic drug.

According to Burge, “that income comes into the for-profit company, which then donates all the profits back to the nonprofit. So now, once there's an income stream we won't have to spend as much time asking for money and we can fund further research and the drugs are never going to be too expensive for people to access.”

MAPS is not only focusing on MDMA, but the organization also was a crucial advocate in the political movement to legalize marijuana and researches a range of psychedelic drugs and their value in treating a range of medical and behavioral conditions, as well as addiction.

“I think there is a very powerful link between what psychedelics can do in the right settings and healing from trauma,” Burge said referring to different levels of trauma, not just PTSD. “I think [we] are at the root of a lot or maybe most or possibly all of our social problems right now.”

“If we can address some of these personal traumas, as well as these collective traumas that we experience through war, violent crime, natural disasters, terrorism, we can come to a more pure place and we can address each other as human beings. At least that's the goal.”

Watchorn said in his case, the treatment went beyond getting rid of the painful symptoms. It seems to have transformed the way he exists in the world.

(Editor's Note: This article has been updated to correctly name the MAPS Public Benefit Corporation. Also, to specify that 68 percent of participants in MAPS Phase II trials "no longer had PTSD, though many still had symptoms.")