'Statistically, this is very unusual' | The same seven officers were involved in multiple shootings in Sacramento County

From data gathered through law enforcement, the DOJ and the DA, 11 of the 46 officer involved shootings that have occurred since 2014 involved the same officers. 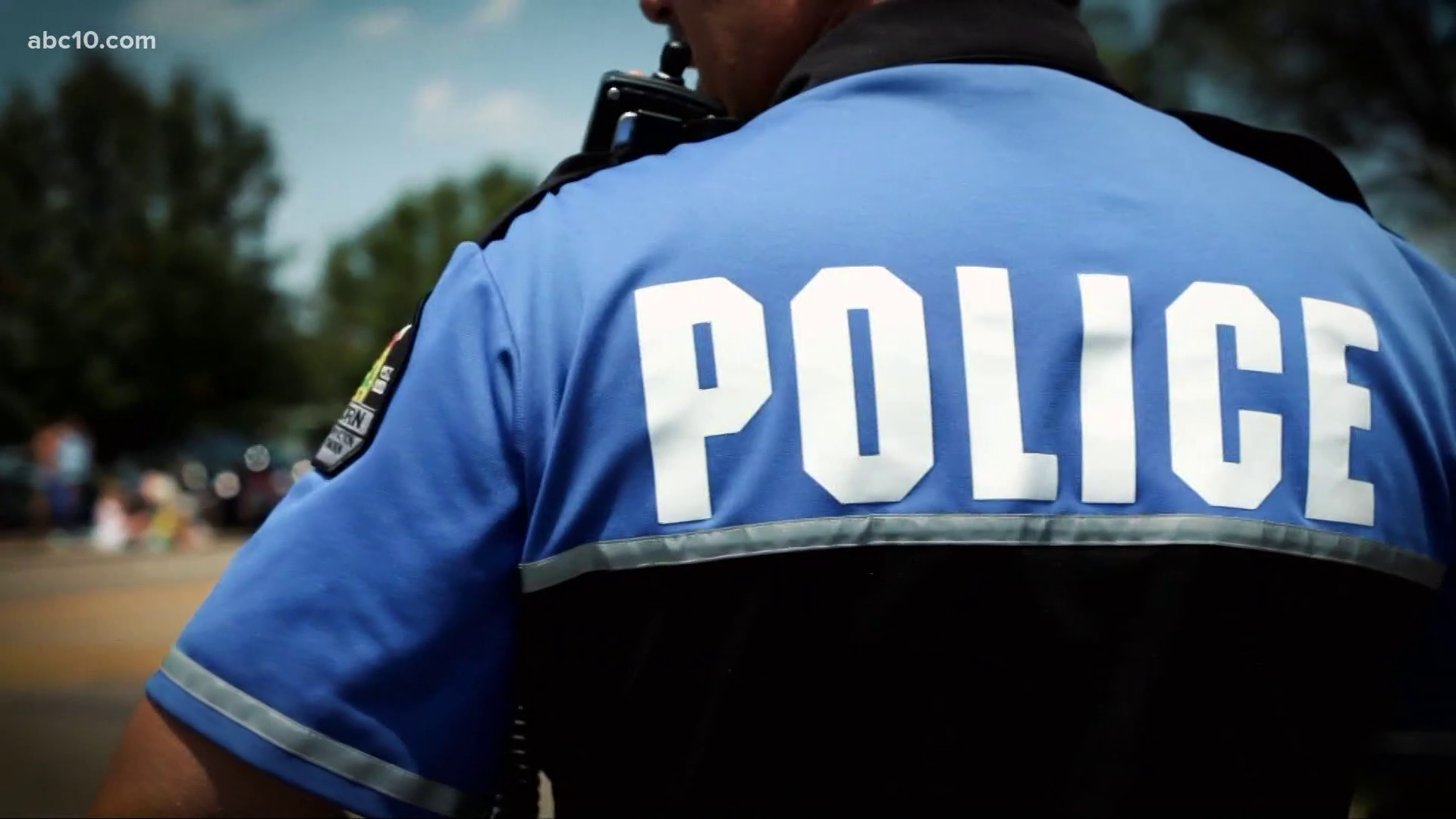 That means that these same seven officers have been involved in over 20-percent of shootings that occurred in Sacramento County in the last six years.

Nine out of these 11 shootings were fatal. In six of the shootings, the suspect was armed. Five were unarmed.

All these shootings were deemed lawful by both internal investigations as well as the district attorney's external investigation. But it got us thinking, how common is it for an officer to be involved in more than one shooting during their career? And are these law enforcement agencies handling officers who are involved in more than one shooting differently than those with none?

To answer the first part of that question, we compared our findings from Sacramento County with other areas ABC10 covers.

“The truth is this information can lead to better results for the public and better results for the departments and more confidence in law enforcement,” Katz said. “Most officers aren’t involved in any shootings in their career. The overwhelming majority never shoot anybody and never get shot at. So statistically, [this is] very unusual.”

After these comparisons, we noticed the Citrus Heights Police Department still had more officers involved in multiple shootings than any other of the law enforcement departments we looked at. However, three out of the four Citrus Heights officers were involved in the same shooting in 2015, showing how just one incident added to the officer’s numbers of shootings.

For accuracy and fairness, ABC10 also gathered officer-involved shooting statistics from law enforcement agencies with a similar crime rate and population to that of Citrus Heights, like Merced and Tracy.

Vallejo was the closest to Citrus Heights with three repeat officers, but a larger crime rate of 943/1000 residents and 121,000 population.

So, we reached out to the Citrus Heights Police Department to get their input.

“A study of officer-involved shootings is so complex – every community is different,” Citrus Heights Police Chief Ronald A. Lawrence said. “Here in my department, we are a little less than 90,000 people population and we have about 90 sworn officers. So, the likelihood of somebody interacting with the same police officer more than once is more likely than a bigger department.”

Lawrence said the role of officers is another reason why the same ones were involved in multiple shootings. He said six of the seven shooting incidents with repeat officers involved K-9 units.

“Our K-9 unit is a unique resource we deploy,” Lawrence said. “They’re inherently going to be involved in those critical incidents.”

He also noted how rare using force is needed. In the past six years, the Citrus Heights Police Department said they’ve had just under 437,000 police incidents – including traffic stops and responding to 911 calls.

“[Use of force incidents] are completely unpredictable. There’s no way to predict when a critical incident, or an officer involved shooting is going to occur,” Lawrence said. “Of these incidents you’re talking about with my agency, I’m telling you they almost all involve salience with weapons. People that were trying to do harm to our community.”

Despite the rareness of use-of-force incidents, the Citrus Heights Police Department, as well as all law enforcement agencies, train extensively to be prepared to protect the public and themselves in the case of a violent encounter.

But, by so heavily focusing training on being ready for use-of-force incidents that so rarely happen, Sociologist and Professor Michael Sierra-Arévalo says it’s emphasizing violence in police work.

“Officers are being trained in every single one of [their training] scenarios to be prepared for the possibility that they could pull the gun,” Sierra-Arévalo said.

It’s what he calls the danger imperative, a focus – or what sociologists call a filter – on an expectation of violence in police work.

“In the context of policing, that filter is especially designed to emphasize the possibility of violence – whether or not statistically policing is safer today than it was 50 years ago, the filter is still going to emphasize violence no matter how rare it is,” Sierra-Arévalo said.

He studied the concept of the danger imperative by spending over 1,000 hours with police in three different agencies across the United States.

“Doesn’t matter if the probability is low, because if it does happen and [the officer is] not ready, you might die. So, the cost is so high that the probability is almost irrelevant,” Sierra-Arévalo said. “You as an officer are going to take steps to ensure you survive every encounter that you enter.”

Chief Lawrence said their training isn’t about assuming there are constant threats, but being ready if there are.

“What we have to be prepared for is the unknown. The inevitable unknown, and it happens – you see it play out all the time,” Lawrence said.

Both Chief Lawrence and Sierra-Arévalo noted that police work is about upholding the law.

“We’re the only profession in the world that’s there to protect people in regards to enforcing the rule of law,” Lawrence said. “It’s a challenging position because we’re the face of government that upholds the law that people might not like, but that’s not our choice or our job to write the laws – that’s the politicians’ job.”

“You definitely cannot assign morality to flames or smoke. That’s not the case in policing. In policing, what stands to hurt you, especially as you’re trained to believe, is that people are going to hurt you,” Sierra-Arévalo said.

In Sierra-Arévalo’s research, he said the emphasis of confronting violence while on patrol continues when officers leave the academy and begin their on-the-job training with a field training officer.

“That training officer is going to get that trainee for a couple of weeks and it’s going to be them two, and [the trainee] is going to be told how this officer views the world [and] how police work should be done,” Sierra-Arévalo said.

One of the biggest takeaways Katz had when he reviewed our findings of repeat officers involved in shootings was about a deputy with the Sacramento County Sheriff’s Office who went on to become a field training officer.

“You have Sacramento [County] Sheriff’s Office with one officer with two shootings of someone who clearly didn’t have a weapon in both instances within 90 days of each other,” Katz said. “Then, that person is made a training officer.”

With no additional training following multiple shootings, Katz's concern about this particular officer and his training new recruits grew. When ABC10 reached out to the Sacramento County Sheriff’s Office asking if its two officers involved in multiple shootings had different or more extensive training, they said that each shooting carries its own set of facts and no two shootings are the same. They said that the “fact a particular officer is involved in more than one shooting does not mean that officer would be given different training or evaluation.”

All these officers remain employed by the same law enforcement agency.

Do you know of an incident involving police you'd like ABC10 to investigate? Contact Andie at ajudson@abc10.com.