The world watched in horror as thousands crowded the Kabul airport as the Taliban took Afghanistan. Among them was a family that arrived days later in Sacramento.

SACRAMENTO COUNTY, Calif. — As we pull up to the apartment complex, a gaggle of children appears next to the car. They greet us, animatedly, with "hello" and "hi," the few words they know in English.

Many of them and their families arrived in Sacramento within the last few months, seeking refuge from their home country of Afghanistan. One of the recently arrived families residing here is Nemat's.

"I want to welcome you to my house. Nice to see you both," he said as we settle into our interview. "My name is Nemat Ullah Jaghori and I come newly from Afghanistan."

While we offered to hide his identity, Nemat wanted to show his face on-camera and include his name when telling his story — something we've found is a rarity for recently arrived refugees as they're often concerned about retaliation against themselves or their loved ones back home by the Taliban after speaking with American journalists.

"I say the truth, not for just me," said Nemat. "I try to be a voice for them, [to express] the concern for people in Afghanistan and what's happening for people over there."

As he settles into sharing his journey, shrieks of laughter echo from his and other refugee children playing in the apartment's courtyard.

But his story starts on a much more somber day for their family; one many of us remember with images of horror and panic outside the Kabul airport as thousands of Afghans tried to flee amid the Taliban taking over the capital.

"I will not forget that night in my life. It was the hardest night of my life," recalled Nemat. "There was more than 6,000 or 7,000 people pushing [trying] to go to the airport."

But unlike thousands of others, Nemat and his family had tickets and visas to the United States — something they had requested back in 2015 when he worked, helping American troops.

After six years, the visa was granted almost in unison with the Taliban takeover.

Nemat's daughter, Sahar, told us her experience in her native language, Dari, which was translated for ABC10.

"We picked up our visas at the U.S. Embassy and began to notice the embassy staff running around panicked," Sahar said. "We asked one of the staff what was going on and we were told, 'The Taliban have arrived.'"

With the chaos, their scheduled flight was canceled. Their family was forced to remain outside the Kabul airport for days on end, with thousands of others all trying to get inside.

"There was so much pushing, tugging and chaos. I lost a shoe; I lost my headscarf by just being in the crowd and pushing my way forward," said Sahar. "The sun was hot during the day as we were outside and the nights were extremely cold."

It was so chaotic, his family was separated in the mob, resulting in them departing on separate flights that left on different days. Nemat and three children left after six days at the airport. Sahar and the other half of the family left after fighting to get inside for four days.

"I was afraid my small daughter was not alive," said Nemat. "When I saw them, that they were alive... I cried a lot."

Nemat left on a U.S. Air Force plane — jampacked full of refugees —  departing a day before a bomb went off at the Kabul airport.

"There were no seats available," said Nemat. "There was maybe more than 450 people in one plane."

He said when got onto the plane, he began crying.

"I left my beloved country over there. I love my country very much... but, unfortunately, I couldn't do anything for Afghanistan," said Nemat.

When applying for visas, Nemat said he was given an option of where he wanted to live in the United States. He chose California ... and he's not alone.

"Sacramento is the number one destination for many Afghan refugees because of the large Afghan community and support there is here," said Rep. Ami Bera.

According to U.S. Census figures, as of 2019, one out of every nine Afghans living in the U.S. were based in Sacramento and the surrounding region. That number may go up as refugees flee amid the Taliban's swift takeover, and many want to come to an area where their friends and family reside and where there's a familiar community and culture.

It's something Bera has been trying to prepare for.

"Knowing that Sacramento county has one of the largest Afghan refugee populations in the country, if not the largest, we knew early on as President Biden made the decision to withdraw from Afghanistan (that) we'd be receiving a number of these folks," said Bera.

He said Sacramento received 40% of the initial group of refugees that came to America from Afghanistan during the initial months of our withdrawal.

Opening our doors to refugees is nothing new for Sacramento.

"It goes back to a history we've had as a community of welcoming folks," said Bera. "Back to the Vietnam War. A lot of Vietnamese refugees but also the Hmong populations that assisted those groups during the Vietnam war."

But with the current housing crisis, skyrocketing rent and displaced wildfire victims, the state department decided to place a hold on bringing more refugees to the Sacramento region.

"Right now the state department has put a moratorium on sending new folks to Sacramento unless they already have a family or relative here that can house them," said Bera. "Part of that is we were just getting overwhelmed with finding adequate housing."

Bera said he's having conversations with the state department about the moratorium and imagines it will get lifted at "some point," but didn't provide a specific timeline. ABC10 sent a request asking for more details to Bera's office and is awaiting a response.

He said bringing Afghans here who helped our troops is instrumental and urgent, as they're now particularly vulnerable to the Taliban.

"Because the Taliban know who many of these folks are [and that] they supported our troops, they worked in the Afghan government to bring women's rights and create a more democratic country," said Bera. "They are at risk to the Taliban and that's why some of the strongest advocates are the Afghan refugees that are here in our community saying, 'Do everything you can to get these folks to safety.'"

For Sahar, she worries especially for the women.

"I'm so glad I'm not in Afghanistan because I would have been in grave danger and my family as well," she said. "I hope the Taliban stop preventing women to do what they want."

She said her message for the Taliban is to let young girls and women continue their education and have rights — some things that the Taliban has severely restricted in the past.

"The young girls and women really want to succeed and do well," said Sahar. "With women staying home, it will not repair nor improve Afghanistan." 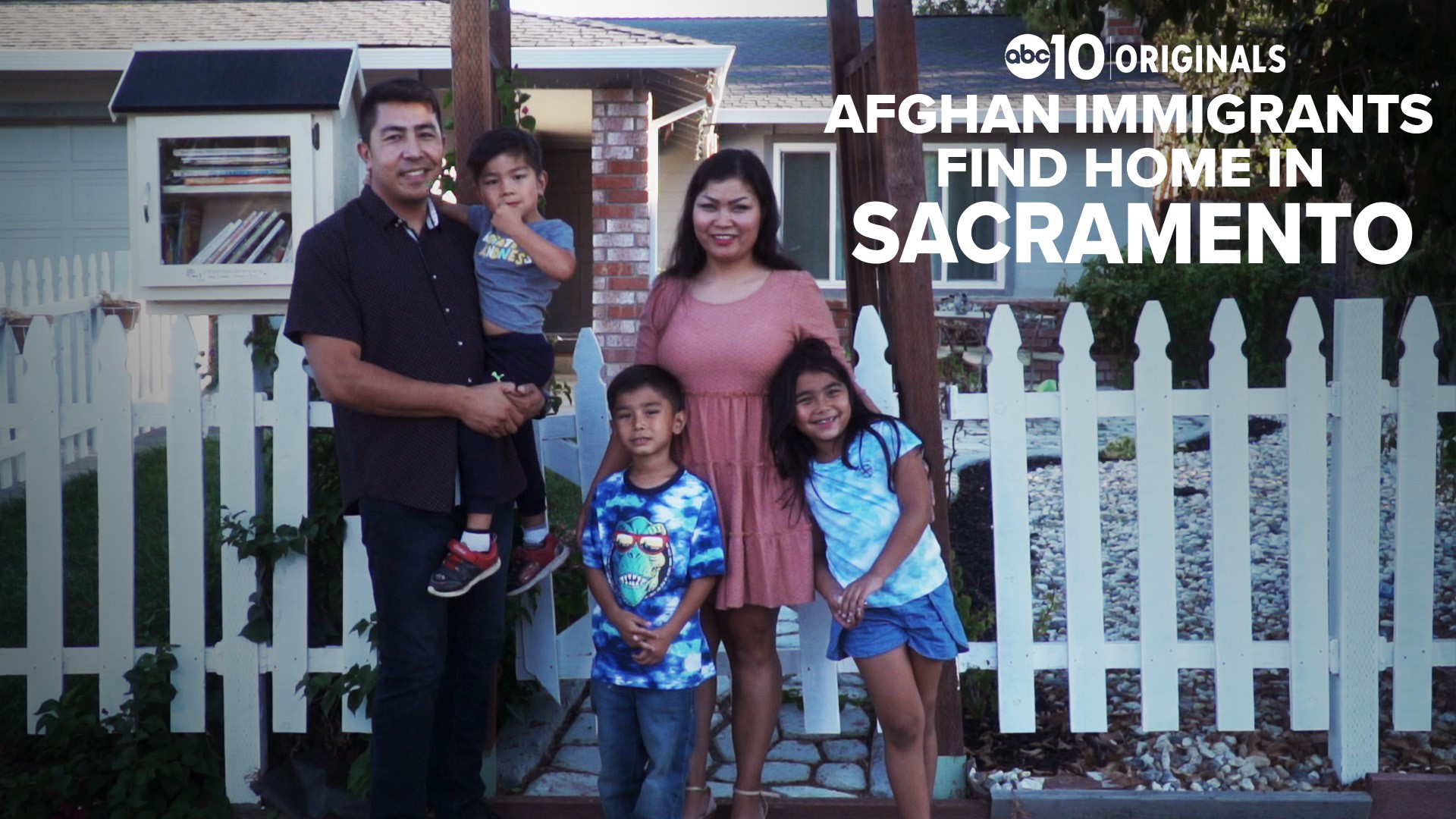