Stockton rapper MBNel is finding growing success after the San Francisco 49ers used one of his songs in a hype video. 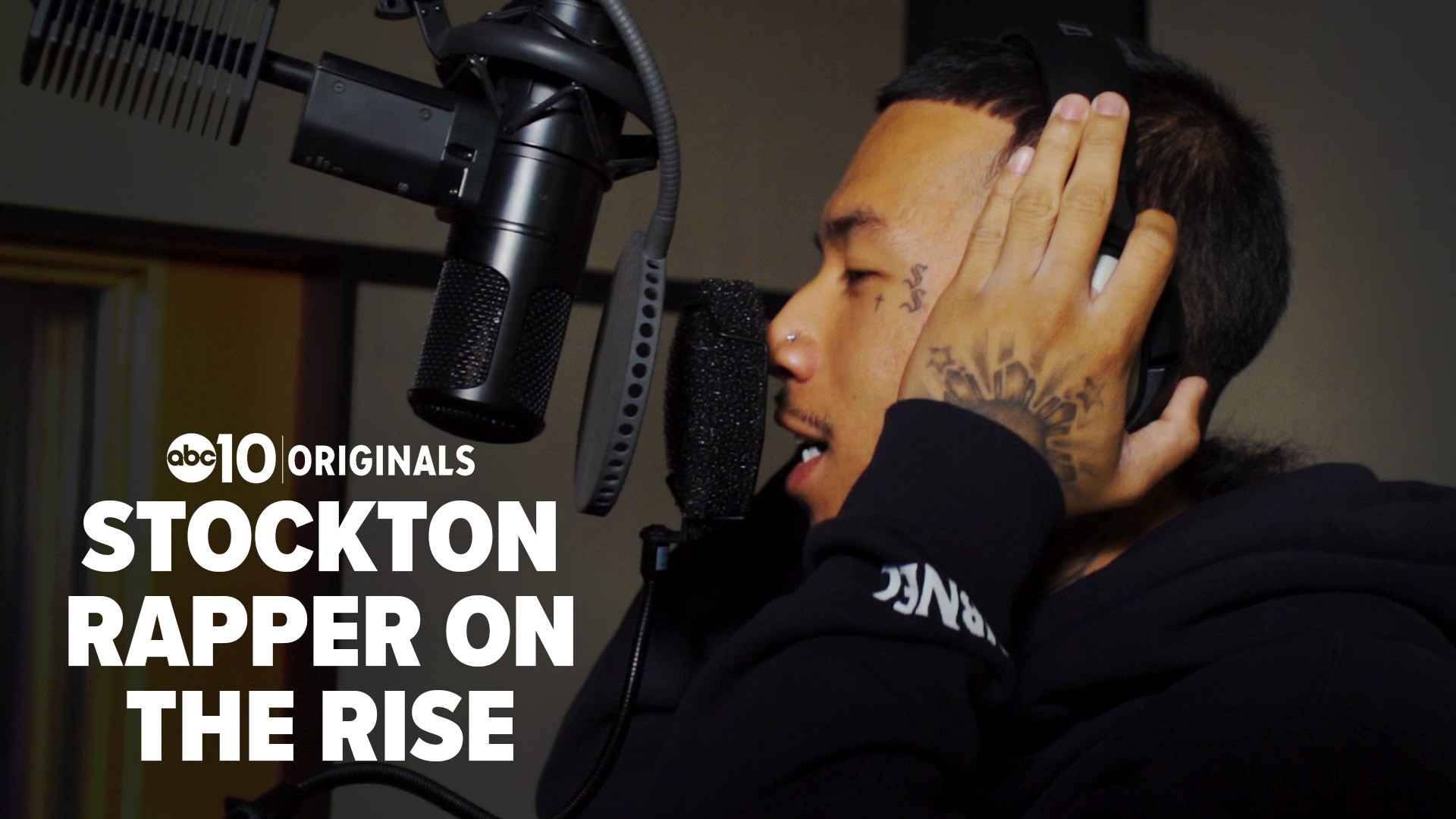 STOCKTON, Calif. — In the heart of downtown Stockton, not far from where he grew up, Jhonel Dongon steps into the booth at The Press Recording Studio. Some already know him as MBNel, the young rapper who is helping put Stockton on the map in the hip-hop world.

For Dongon, the work never stops. He’s back in the studio even though he released a 15-song album called Born To Win last month.

"It's a mix of different moods and different things I’ve been going through," Dongon explains about Born To Win.

The success of his new album is coming quickly, and in ways he didn’t expect. During a break in the recording session, Dongon found out that the San Francisco 49ers used his song “Born to Win” in a hype video. He puts the video on and watches the NFL team warm up and take the field buoyed by his own lyrics: "I was born to win, seen it coming as a youngun, remember days when I was struggling and I thought that I’d be nothing."

Dongon never planned for rap to become his career. A Stockton native, he says he started rapping for fun while a student at Edison High School.

Credit: KXTV / Tyler Horst
Up and coming rapper MBNel stands outside of Stockton's Edison High School, which he attended when first growing his hip-hop performance skills.

The "MB" in MBNel stands for a few things, all of which are names Dongon and his circle of friends gave themselves. One is Muddy Boyz, from Stockton’s nickname of "Mudville." Another is "Mattie Boys," a reference to Mattie Harrell Park which was a regular hangout spot for Dongon and his friends.

"[Mattie Harrell Park] is the first park I ever got shot at, and it wasn’t even me. My friend with me had got into an altercation or something happened," Dongon explains. He was around 14 years old at the time, and says his reaction to the harsh pops of gunfire was to run away laughing. "We were young and ignorant, so we weren’t thinking nothing too serious of it."

Violence is a regular part of life for many in Stockton. The Stockton Police Department has recorded 4,000 violent crimes this year, and say they have documented 70 gangs operating in the city.

Dongon says that his parents, who emigrated to California from the Philippines, did their best to shield him from the rougher side of Stockton, but they couldn’t control the world outside of their home. Growing up in South Stockton, Dongon says that becoming involved with gangs felt "natural."

"My older cousins that came around were Crips in the area," he explains. "That’s how the affiliation came. You fall into place with who you’re around."

According to the U.S. Census Bureau, 22.4% of people in Stockton live in poverty. That’s nearly double the national average. Dongon says that from a young age, he learned to make money on his own by learning from the examples of his peers. Many of those examples were illegal.

"A lot of friends was involved with gangs or trying to sell drugs or hit licks," Dongon says. "A lot of negativity. Just stuff that comes with coming from a place like Stockton where there’s a lot of poverty and a lot of hate. You just kind of adapt to it."

A lot of that negativity makes its way into Dongon’s lyrics. He says it’s important for him to be honest about life in Stockton, but at the same time, he’s eager to share the things he loves about his city. He often features his favorite Stockton spots — like the Star Market where he buys groceries, in his music videos.

Lately, Dongon’s music has really taken off. Spotify streams of a couple of his songs go into the millions. Seeing opportunity for a different life in front of him, he's putting gang life in his past.

RELATED: A love-hate relationship with Sacramento: Local rapper explains the meaning behind his song 'Dear Sacramento'

"I’ll be damned if I throw away something that’s positive going on for me," he says.

There’s another reason for making a change. In his song "Dear Jhené," he sends a message to his two-month-old daughter:

Now that music is Dongon's career, he says people have started to look at him as a role model. At only 22-years-old, it's a responsibility he says he's still not sure how to handle.

"That's the thing I’m confused with," he says. "Obviously I want to move out and do better, but at the same time I’ve got a tool where I can do some more positive. At the end of the day I'm just trying to use this outlet to put some positive light on Stockton."

In November, Dongon went back to Edison to inspire current students with his story.

"It's really possible for each and every one of y'all,” he told the assembled students in his speech. "Y'all just got to be passionate. Y'all just got to keep chasing what y’all want to do."

Growing up in Stockton wasn’t easy for Dongon, but to him it will always be home. Now, he wants to use his success to shine a light on his city, and in the process inspire others to pursue their passions.

"Basically I hope that whoever sees this, sees my story, takes it as motivation," Dongon says.

We want to hear from you.

We may share your response with our staff. We respect your privacy. Your email address and phone number will not be published and by providing it, you agree to let us contact you regarding your response.