The future of California's super commuters

More and more people are projected to be traveling long distances for work. But is the commute really worth it? 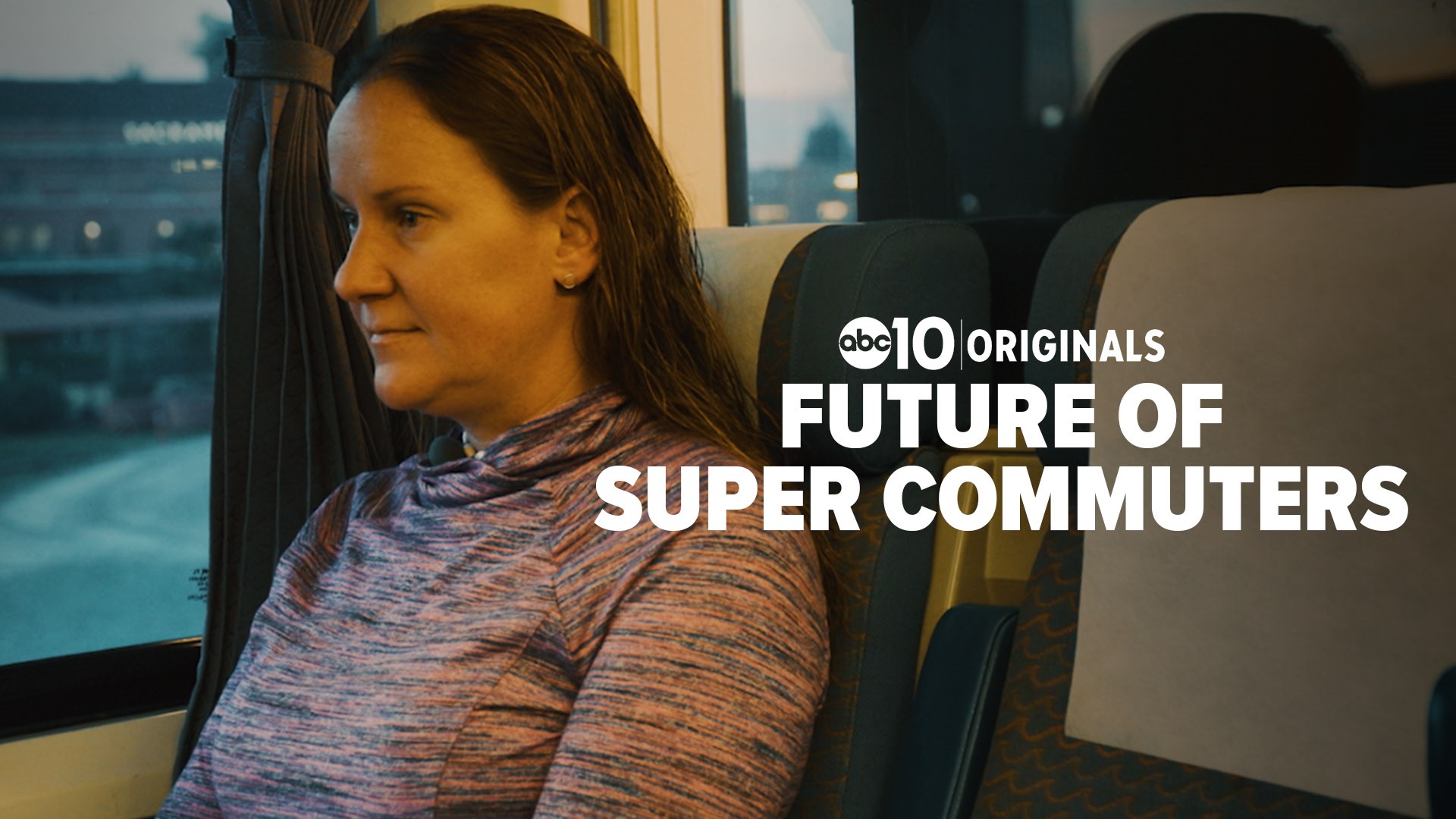 SACRAMENTO, Calif. — Driving from the valley to the Bay Area for work isn't a new concept. For many who can't afford to live where they work, a one-and-a-half to three-hour commute has become the norm.

But is the commute really worth it?

As more opportunities become available in the Bay Area for work, the more homes are in demand. The problem is, the supply does not meet the demand.

According to the Legislative Analyst's Office, home prices in San Francisco and San Jose areas are averaging about $850-$950 thousand dollars, while the average California home runs $437,000.

And the situation is only expected to get worse, transportation researcher Giovanni Circella told ABC10.

"There’s simply not enough housing to live in the Bay Area, and even housing units are very expensive," Circella said. "So, a lot of lower-income workers cannot afford to live in San Francisco and they need to commute long distances."

The unemployment rate in San Francisco comes in at 2.2%.

Lubica Tomasovich is one of those super commuters, traveling up to five hours to get to and from work. Tomasovich takes the Amtrak for a majority of her commute, spending on average about $70 a day on travel — parking and bus included.

Even though she's not commuting on the highway like many other drivers, the commute can still be rough.

"Something typically happens with the train. The traffic on the bridge. Something happens," says Tomasovich. "So a three and a half hour commute on a normal day turns into five hours sometimes."

Super commuters are a big problem for California, Circella said.

"The Northern California region is growing a lot," Circella said. "San Francisco and the Bay Area is really seeing a lot of jobs created there and this means a lot of pressure on transportation."

According to Circella, California’s infrastructure was developed at a time when fewer people were living in the state.

The idea to come up with a solution to California's roadway congestion has been in the works for decades. It wasn't until 2008 that California voters decided to pull the trigger on a $40 billion high-speed rail system that would link Los Angeles and Orange County to San Francisco.

The project would be broken up in phases, with the first phase connecting Los Angeles to San Francisco by way of the Central Valley.

The initial cost of the project was expected to total about $33 billion in 2008.

Now costs are soaring in the new 2020 budget plan, about $40 billion over budget and five years behind on completion.

The proposed completion of the entire high speed rail project originally was set for 2028. Now, that completion is expected in 2033.

Circella said their research shows that in the next 20 to 30 years, traffic is expected to become much worse. The amount of people commuting is expected to increase due to the Bay Area's strong economy and innovation providing more jobs.

The latest Census projections show the U.S. is more educated than ever with 90% completing high school, and college enrollment is expected to increase 15% by 2025.

With more job opportunities in the Bay, and an influx of college graduates, the roadways are expected to remain congested.