Is your face cream toxic? It's more common than you think

A Sacramento woman was hospitalized after her face cream was tainted with mercury. ABC10 sent skin creams to a state lab for testing. Here's what we found. 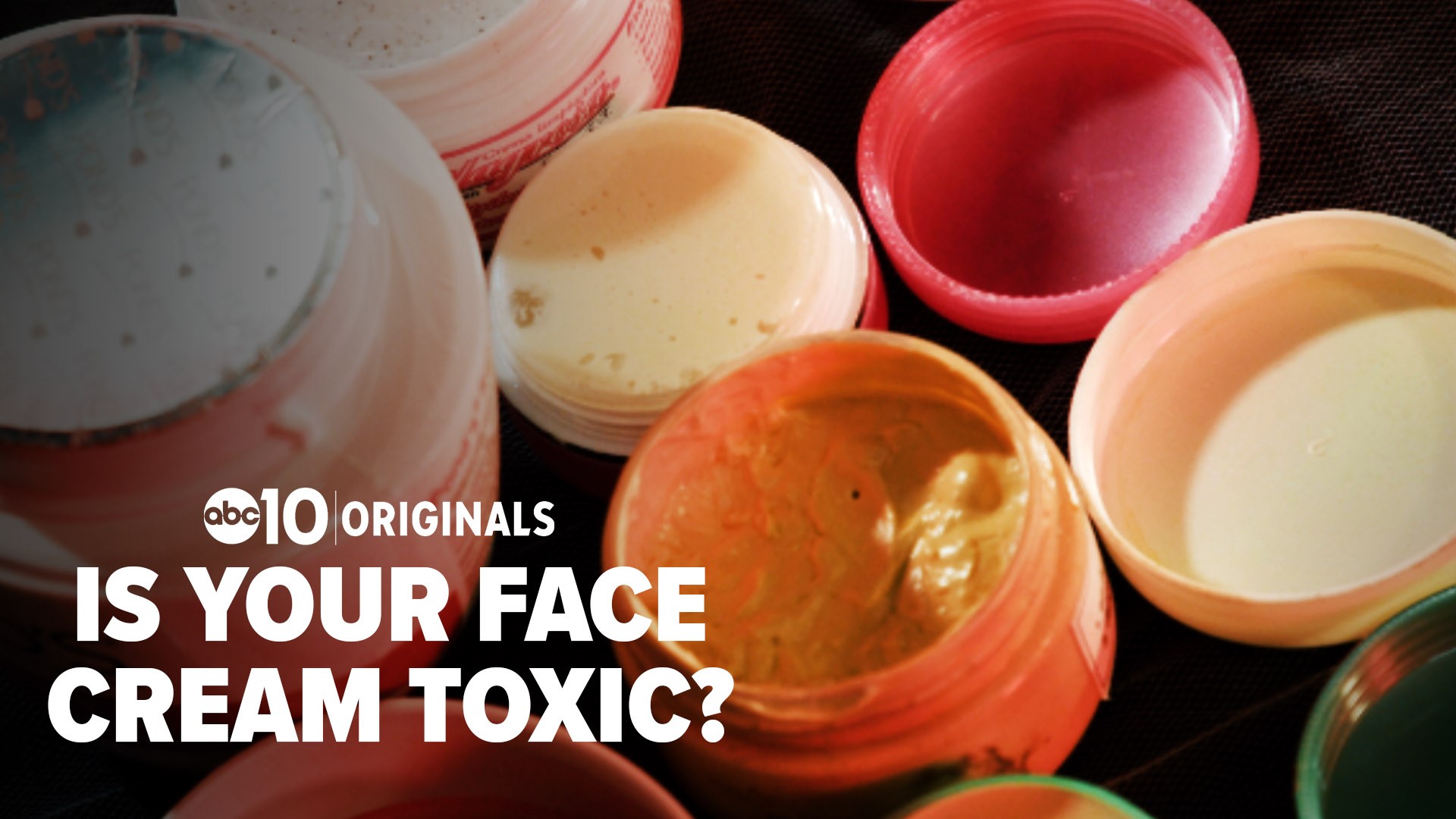 SACRAMENTO, Calif. — A Sacramento woman was hospitalized in 2019 after the Ponds cream she used was tainted with methylmercury.

She bought it from Mexico, and the mercury was added into the cream after manufacturing.

"It was quite alarming when it first came to our attention from something so innocent like a face cream could cause so much damage," said Yvonne Rodriguez, with the Sacramento County Department of Health Services.

It was the first case of methylmercury poisoning in the United States.

After that case, Rodriguez worked to develop a program to educate people on mercury poisoning.

While methylmercury cases are rare, there have been cases of mercury found in face creams.

Of the nearly 200 creams the California Department of Public Health tested last year, about 50 of them had mercury.

"We have creams coming from a number of different countries, so it's not just Mexico," Rodriguez said. "You have them from China, from Thailand, Philippines, India. It's coming from all different sources, and so different communities are using these face creams."

Rodriguez says companies add mercury into face creams because it's known to work, lighten dark spots and help teens control acne, but it comes with consequences.

"It is risky, and if it worked for somebody and it's like 'you have to try this' and you share with a friend. And, it just keeps growing with the pool of people, and you tell them where you got it from," Rodriguez said. "If it's from an informal source, then they're going to continue to produce what the product is."

Mercury is dangerous, not only have people been hospitalized but children can be exposed by simply touching someone who uses it.

"Over the last ten years, the state has collected creams throughout California and most of the creams are coming from swap meets, by word of mouth, [or] somebody selling it off the street or internet," Rodriguez said.

ABC10 worked with the state lab to get several creams tested, and bought some creams online, at flea markets, and a grocery store.

Out of ten, three came back positive with one that needed to be sent out for additional testing.

La Milagrosa cream had the highest levels of mercury. It had a reading of almost 200 micrograms of mercury per cubic meter of air. For reference, a home would be evacuated for 10. The cream was purchased from a vendor at the Galt Flea Market.

Credit: ABC10/KXTV
La Milagrosa had the highest levels of mercury from the ten skin creams ABC10 sent for testing for mercury levels.

A cream called Phone tested positive for mercury. It was at 26 micrograms of mercury per cubic meter of air. A vendor sold it at the Folsom Boulevard Flea Market in Sacramento.

A milk cream was purchased at the New Asia Supermarket in South Sacramento. When we confronted them with the results, they offered ABC10 our money back in which we declined.

It's illegal to sell creams with mercury, however, there's a reason why they keep popping up. It's because there's a demand.

"Problem is we identify one cream and then ten more will pop up, so it's really hard to keep up with this," Rodriguez said.

How do you make sure you're not buying a cream with mercury?

Some clues are that they may not have a label or they may have a homemade label. They are sold in small markets, swap meets, online, and person-to-person.

They're advertised to help lighten skin, get rid of wrinkles, freckles, and acne or other blemishes.

Make sure the cream has a safety seal. Some well known skin products have tested positive after someone bought them and then added mercury to them.

You can't tell if a cream has mercury just by looking at it.

If you think your cream has mercury in it, stop using it but don't throw it away. Put it in a zip-lock plastic bag and mail it to the California Department of Public Health.

Also make sure to get tested by a doctor or care provider. Here is a list of creams that have tested positive.

WATCH MORE FROM ABC10 ORIGINALS: Offers original series, investigations and deep dives, exploring a wide range of issues that features people and stories in the Central Valley and Northern California.