A group of explorers is uncovering unique sights in the Sacramento area. 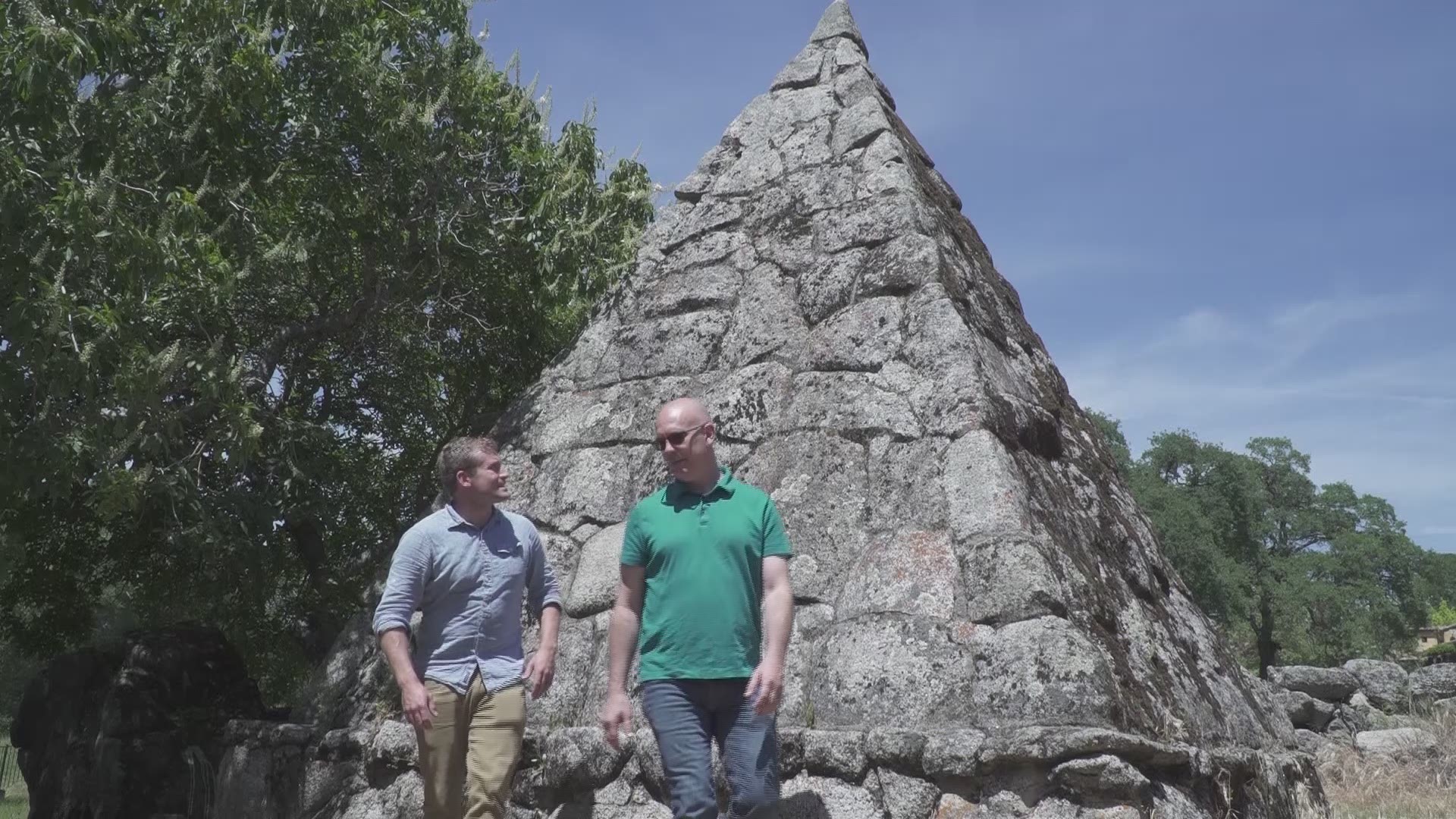 Hidden pyramids, beached ghost ships, giant trash-burning incinerator. Those are just a few of the discoveries found by the Sacramento Urban Exploration Team. The group scours the valley in search of roadside attractions and historical sites.

Maverick Woodward started the group on Facebook to inspire people to explore their community.

“What that is, is a group of us go out and explore hidden or weird places and document it,” says Woodward.

One of the more unusual places Urban Explorers documented was the Pyramid Tomb in Rocklin. The 15-foot-tall granite structure is the resting place for one of Rocklin’s wealthiest landowners.

“Joel Parker Whitney raised cattle among other things," says Woodward. "He had this pyramid built for him and his family. I believe 23 people are inside."

The pyramid hides in plain sight near the sand trap at Whitney Oaks Golf Club. It’s a leisurely walk from Monument Park.

History is a big part of Urban Exploring. One location with a rich history is the Spirit of Sacramento. The three-story paddle boat was originally named the Putah. It was built in 1942 and used by the Army Corps of Engineers to remove river debris.

Credit: KXTV
The Spirit of Sacramento rests on land along the Garden Highway in Sacramento.

“It was owned by John Wayne he purchased it for the movie Blood Alley,” Woodward said.

After John Wayne was done with the boat, it was sold a number of times and it even sunk a number of times. Last year, it was dry docked along Garden Highway. It is accessible for pictures, as long as you stay behind the signs.

Woodward preaches responsible exploring. Often times exploration locations are on public land or viewable from a parking lot. He urges people to talk with property owners and not trespass. “That’s what we do. We just take pictures and there are great shots from the road or through a fence. Even without being able to go inside somewhere.”

The goal of the Sacramento Urban Exploration Team is to document places with pictures before they are gone. Many of the places that explorers visit have significant historical value but are often neglected. “Some of the places we have visited are already gone,” says Woodward.

You don’t need a plane ticket to be an Urban Explorer. Just a sense of adventure and an interest in witnessing something before its gone.

Check out some of the Sacramento Exploration Teams pictures on their Facebook page. Continue the conversation with John on Facebook.