What does it take to become a Sacramento police officer? 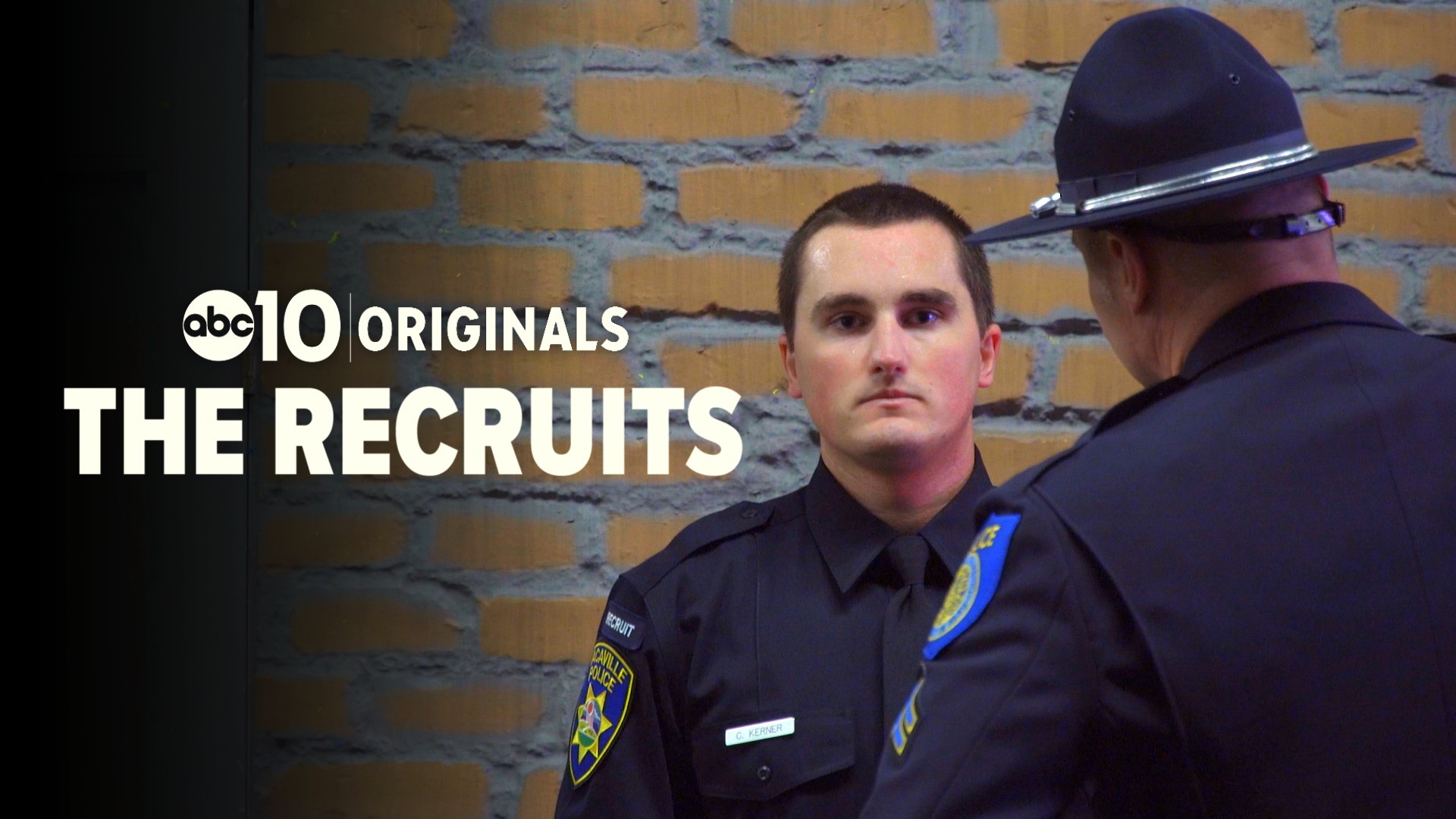 SACRAMENTO, Calif. — The first interaction Berlinda Cato, 22, ever had with the police was with a school resource officer. The officer was new and introduced herself to Cato, who was then in junior high.

For Joel McVey, it was in his neighborhood. McVey, 35, grew up in a rough part of town, he said, and the cops were always around.

And T.J. Panen, he was pulled over for riding his bike without a helmet. The officer didn't write him a ticket, which Panen, 26, thought was "pretty cool," but he did instill the importance of riding safely.

"Now, every time I ride a bike I wear a helmet," Panen said.

While all three of these people came to know law enforcement in different ways, they now find themselves sharing something in common: They're all training to be cops.

In January 2019, 73 people -- including Cato, McVey, and Panen -- enrolled in the Sacramento Police Academy; a 24-week-long intensive program that trains many of northern California's cops-to-be. It's the largest class in the academy's history, and more than half of the recruits who signed up are hoping to become Sacramento Police officers.

"You can really do a lot with somebody who shows up willing to put the hours in," said Cpl. Brian Laird, one of the instructors at the academy.

The time commitment alone is grueling. Over the course of two months, cadets train more than 900 hours on everything from firearms and vehicle pursuits to classes on racial and cultural diversity, subjects which are mandated by the California Legislature to ensure officers have the "critical knowledge, skills and abilities necessary to render high-quality service."

In a 2018 review by the California Department of Justice, the Sacramento Police Academy was "commended for its commitment to training, its engaging instructors, and the diversity of courses offered. However, the review also noted that academy instructors were "setting a tone and culture more consistent with a warrior mindset," leading new officers to feel as though they're preparing for war, rather than preparing to protect and serve the community.

To get a better understanding of how the city's future officers are trained, ABC10's Michael Anthony Adams was given access to film at the academy to see the program firsthand.