Why is Iraqi refugee, Omar Ameen still being charged for murder when the victim's parents say he's innocent?

Omar Ameen, an Iraqi refugee, is accused of murder but the victim's parents believe he's innocent and have dropped the charge. So why is he still facing extradition? 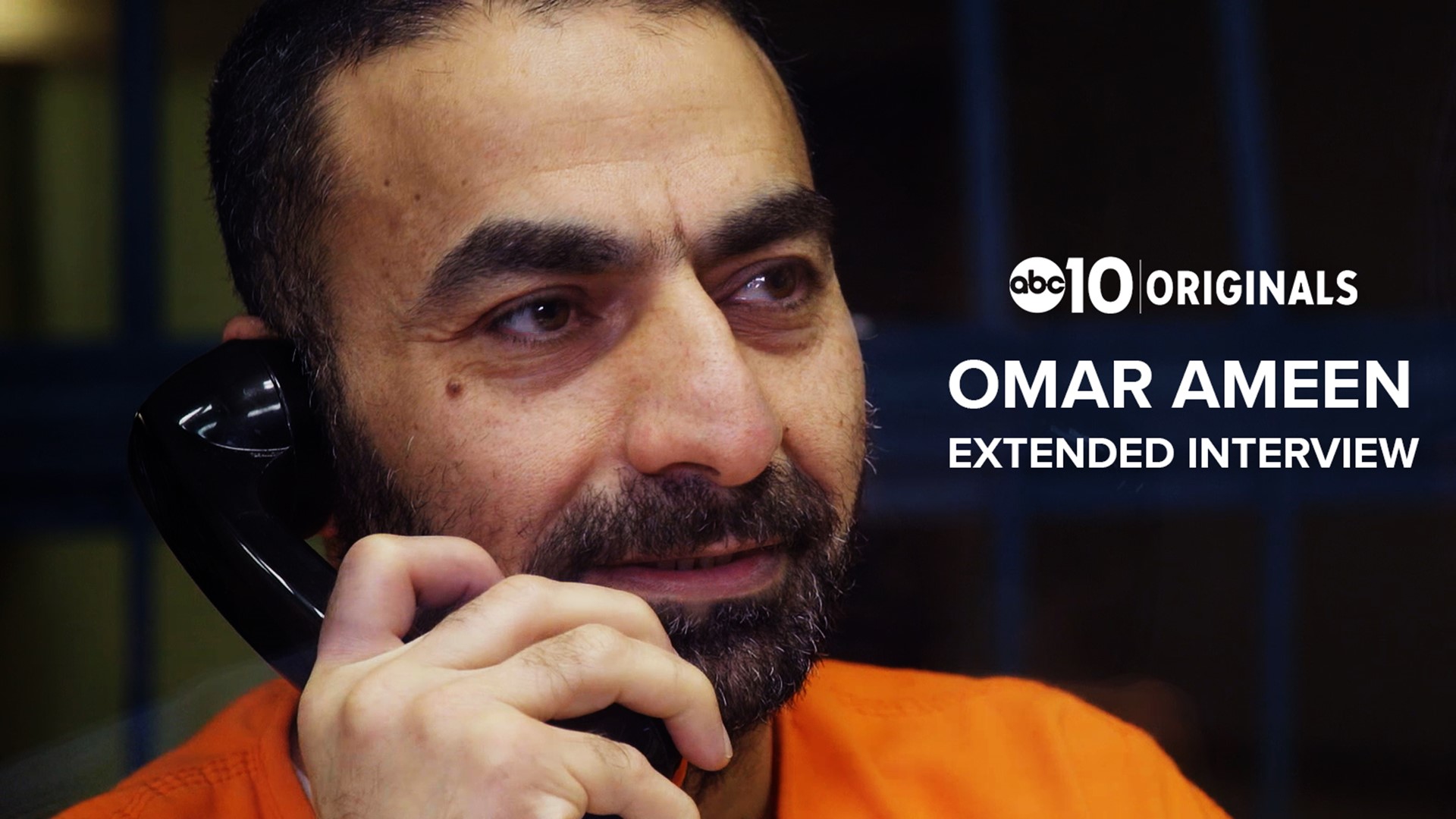 SACRAMENTO, Calif. — Omar Ameen, the Iraqi refugee accused of killing a police officer on behalf of ISIS, appeared in federal court Tuesday to begin extradition proceedings —  a judge will decide whether or not there's probable cause to recommend he be sent back to Iraq to stand trial for murder.

U.S. prosecutors representing the Iraqi government presented the formal extradition request and laid out their evidence for probable cause, arguing testimony from a lone eyewitness, who claims to have seen the killing, should be enough for the court to certify Ameen's extradition to Iraq.

Ameen's attorneys have fiercely maintained their client's innocence, saying he was in Turkey, not Iraq, at the time of the murder.

The victim's parents also believe Ameen is innocent, and have recently withdrawn the complaint filed against him and have asked that the murder charge be dropped, according to Iraqi court documents filed by Ameen's defense team.

So, if the victim's parents believe Ameen is innocent, why is the Iraqi government still pursuing his extradition? This was the question that kicked off Tuesday's proceedings, following a small victory by the defense team to unshackle Ameen's wrists.

The original criminal complaint, which, under Iraqi law, can only be made by a close blood relative, according to Ameen's Iraqi attorney, appeared to be filed by the victim's parents, known in court documents as "Witness A," the mother, and "Witness B," the father.

In the heavily redacted, translated extradition packet, the victim's parents, who were also at their son's home at the time of the shooting but did not see the killing, seem to have signed statements that corroborate the one given by the eyewitness, known in court documents as "Person 5."

But Ameen's attorneys say there are aspects of these statements "that suggest the documents were forged or tampered with." The defense team points to two sealed exhibits as an example, in which signatures found on a statement from "Person 5" and "Witness A" are identical.

U.S. attorneys couldn't say why some the signatures were inconsistent or identical.

Judge Edmund F. Brennan, who is presiding over the case, expressed concern Tuesday in court about the authenticity of the signatures, reiterating his prior ruling that Ameen will be allowed, if he can, to show that the documents supporting his extradition are forged.

In April 2019, Ameen's Iraqi lawyer went to Rawa, where the murder took place, to interview the victim's parents.

"Both the victim's parents told me that they did not request a complaint against Mr. Omar Abdulsattar Ameen and they do not have any suspicion that he is the one who killed the victim or participated in his killing," Ameen's Iraqi lawyer wrote.

The victim's family members, he said, were "very motivated to attempt to withdraw complaints that they believed were made against Omar Ameen in their names, without their assent."

In sworn statements filed in the Al-Anbar Central Inquiry Court, which would have jurisdiction over the murder, according to Ameen's Iraqi attorney, the victim's parents said, "Omar was not among the ISIS members, and I did not request a complaint against him." They told the Iraqi lawyer they must have been tricked into signing such a complaint since they believe Ameen is innocent.

"There is a good relationship between us [and Ameen's family], and I didn't hear or see Omar taking part in the murder of my son," the victim's father said.

Despite the recantations, U.S. prosecutors said the Iraqi government intends on moving forward with the extradition, and that they'll be filing a supplement to their original request addressing the validity of the parents' initial statements.

Ameen's Iraqi attorney stated he went to the Al-Karkh Court in Baghdad, where the request originated from, and requested a copy of his client's charges and other case documents.

"No one would confirm or deny there was a case against Omar Ameen there," he said in a statement, noting it was "very unusual" for the case to have originated there in the first place since the killing took place in Al-Anbar province.

Judge Brennan gave prosecutors until June 11, 2019, to discuss the parents' statements with the Iraqi government and allow them to file a supplement to the extradition request.

Join the conversation with Michael Anthony Adams on Facebook.

This playlist will have updates to the case from ABC10 reporter Michael Anthony Adams, right up to the final decision by the court.