Current and former LGBTQ students in the Rocklin school district are sharing similar experiences after a teacher says she was bullied by her students when they learned she was gay. 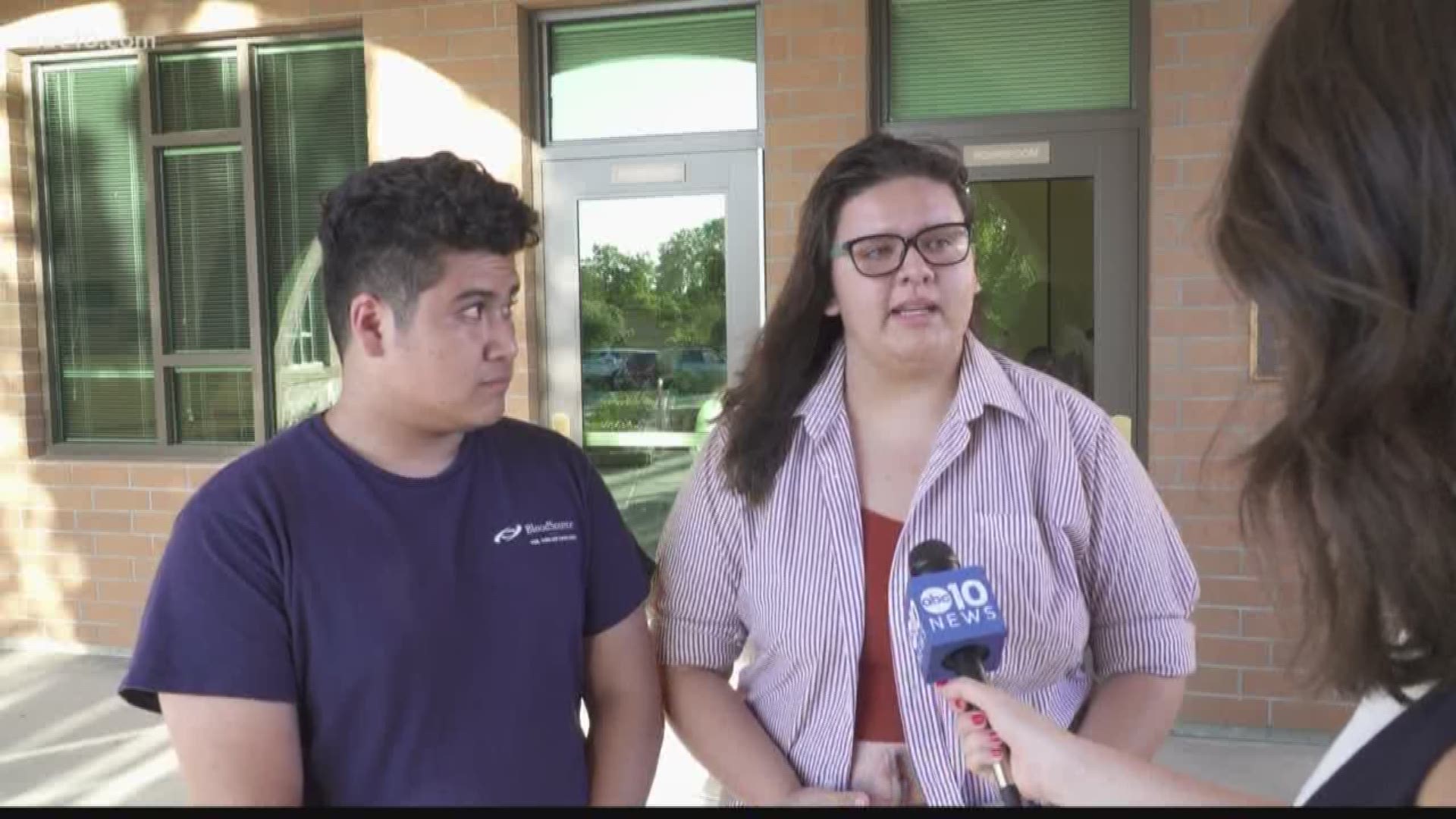 After a teacher in Rocklin says she was bullied by her students when they learned she was gay, current and former LGBTQ students in the school district are sharing similar experiences.

"A huge range of bullying took place at Rocklin High School not just to me but a lot of people," Connor Cook, who graduated from Rocklin High last year, recalled Wednesday night at a school board meeting where a handful of people gathered to show their support for Amy Estes, the teacher who went on mental health leave after she said she was bullied by her students for being gay.

"This ranged from small comments of saying, 'That's gay. You're gay. That's gross.' All the way up to to being threatened with violence...and just at some points being told to kill yourself before they do it for you," he added.

Another student described a time that she brought a pride flag to school. She said a yard monitor told her that the flag was equivalent to a Nazi or confederate flag.

These students chose to speak out after hearing about Estes' story. During their public remarks to the school board, they asked the district to do more to create an inclusive place for everyone.

Earlier this month, Estes wrote on her Facebook page that at the start of the school year she had been cyber-bullied by her students when they learned she was gay. Estes says she repeatedly approached her administrators about the issue at the beginning of the school year, but nothing was done.

"Their response to me was that there was drama and I should let it die down," Estes said in an interview with ABC10.

It only escalated. Estes says students started following her on YouTube and one night she got a comment from a person from Rocklin that read, "Don't be stupid, be a smarty. You can join the Nazi Party. Now accepting dykes."

Amy Estes, a middle school teacher in the Rocklin Unified School District, says she was bullied by her students after they learned she is gay. Amy is now on mental health leave.

We'll have her full story at 11pm on @ABC10. pic.twitter.com/r5YUxPJeEk

A few months later, a student who was presenting a project about her perfect Utopian society, said she would make one of her laws "no gay marriage." The teacher says a written portion included other disparaging comments, including the remark "no homos" and it is "Adam and Eve" not "Adam and Steve."

The parents of that student, Lane and Karin Patton, tell ABC10 their daughter Averee O'Connor wrote that comment on her own brainstorming notes that she did not expect to turn into class. They also said she did not intentionally make those comments to offend Estes and that their daughter has a right to her own beliefs.

But Estes says it's not Averee's beliefs that led her to take a leave of absence, rather a series of events and the reactions that followed. (Averee said she did an A on the school project.)

Estes felt that she had no support from the school district, which she had hoped would address her concerns and organize a school-wide lesson on tolerance. She is now working with a lawyer to reach an agreement with the school district and is considering legal action.

During the school board meeting Wednesday night, school board president Todd Lowell said the Rocklin Unified School District is committed to ensuring that "all our students, staff and families feel welcome, safe and supported" and that they "do take any kind of bullying of staff and or students seriously and investigate thoroughly." He said the comments about the alleged bullying are just one side of the story.

Parents whose daughter had the Rocklin teacher who went on mental health leave after being bullied by students when they learned she was gay are now sharing their side of the story. They say they support the district & believe LGBTQ issues should not be addressed in school @ABC10 pic.twitter.com/yRy9lzPT4q

While everyone who spoke to the board Wednesday night supported Estes, the Pattons say they support the district "100 percent" and that LGBTQ issues should not be addressed in school.

"My parents have taught me all i need to know," Averee O'Connor said. "I don't think school needs to."

Others, however, like Estes' former student Victora Bonifacio, who attended the school board meeting, say the school district needs to do more to back up their teachers.

"Hearing those hateful comments about her really hurt me," Bonifacio said through tears. "She's a really good person and I would never want that for someone like her."