Orchards in the Sierra-Nevada tourist attraction remained busy despite smoke from nearby fires. 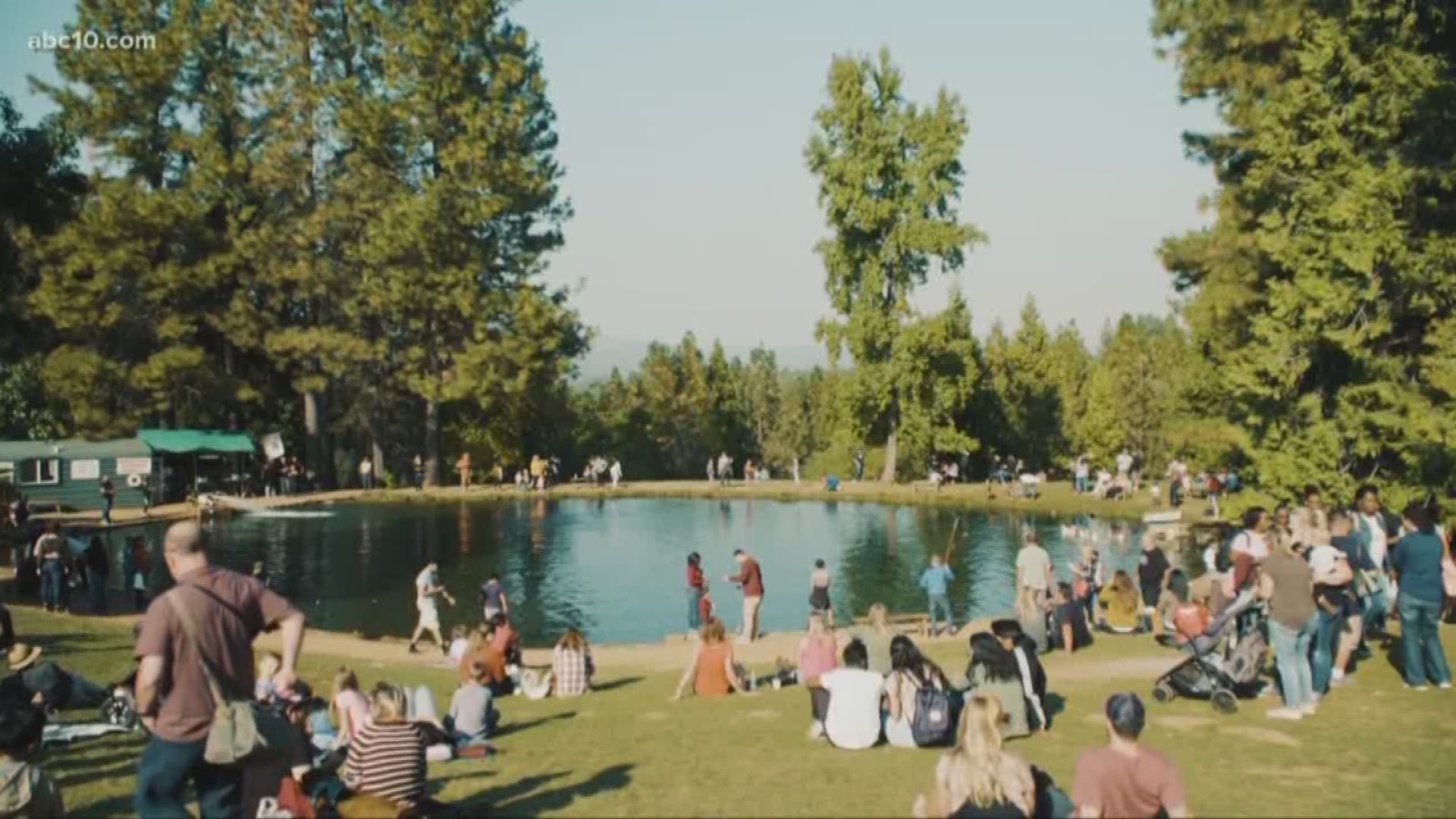 PLACERVILLE, Calif. — Smoke from the Caples Fire which has burned 2,667 acres in the El Dorado National Forest didn't keep folks away from Apple Hill this weekend.

The High Hill Ranch said it experienced its second busiest weekend of the season on Saturday.

Jerry Visman, the owner, said next weekend will be like the “Superbowl” for his operation, which attracts between 5,000 and 8,000 per day. The month of October is the busiest time of the year, and vendors expect a rush on the final weekend before Halloween.

Families traveled from all over the region and from as far as Reno to enjoy many of the Apple Hill trademarks.

“We just came up for the day, to get away from the house,” said Heather Boyd of Valley Springs in Calaveras County.

Many took a ride on the ponies, visited the craft fair, or went fishing. Others enjoyed Apple Hill's famous caramel apples, fritters, and cider.

RELATED: Apple Hill gears up for 2019 season with new remedies for traffic issues

High Hill Ranch was one of many businesses that lost power during the Public Safety Power Shutoff earlier this week. However, the ranch hooked up generators and did not stop operations.

The busy season runs through Halloween, although the area is typically open through December 24.