Police took 29-year-old Raymond Weber into custody Saturday morning after they say he barricaded himself into a Vacaville apartment. 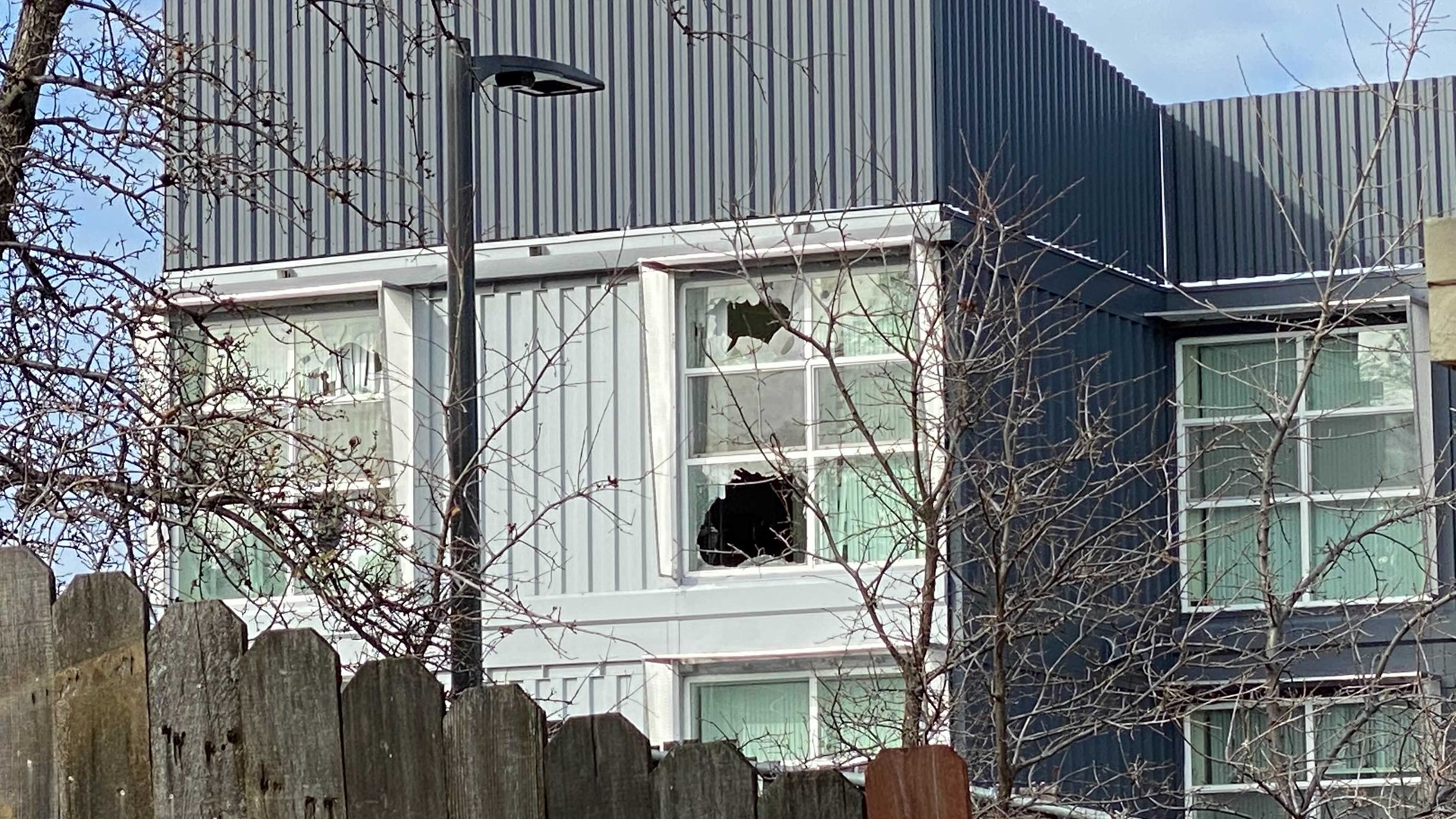 29-year-old Raymond Michael Weber was arrested Saturday morning in connection to the death of two women in a Vacaville apartment complex.

He faces two counts of first degree murder. He was also arrested on a warrant for several felonies, including domestic assault.

As of Saturday evening, Weber remains in the Solano County Jail, where he is held without set bail. His court date is set for Tuesday, Feb. 2 at 1:30 p.m. in Solano Superior Court.

Weber is also pictured in this 2014 news release by the Sacramento Police Department, which asked for the public's help in locating Weber and his then-16-year-old brother Antoine Weber, who was suspected of killing Raymond Weber's girlfriend, 19-year-old Nicole Duarte. Raymond Weber was wanted for questioning and parole violation. Antoine Weber pleaded no contest to voluntary manslaughter later that year.

A third brother, 25-year-old Marcus Weber, is a local rapper who goes by the name "Uzzy Marcus." In the hours following Raymond Weber's arrest Saturday morning, several videos uploaded to YouTube claimed to show the video livestreamed by the suspect in the killing of the two women. Titles claimed Uzzy Marcus' brother killed the women.

Marcus Weber is currently in the Sacramento County Jail, held on no bail, accused of several felonies including endangering the life or health of a child and possession of a firearm by a felon.

Two women were found dead in an apartment where an armed and barricaded man was later taken into custody, according to the Vacaville Police Department.

Officers responded to a call of a welfare check at the Rocky Hill Veterans Apartments, located at 582 Rocky Hill Road, at approximately 12:42 a.m. Saturday, according to the department. A woman called to report a man was inside an apartment and possibly armed. She said the man had live streamed himself on social media from inside the apartment and the video showed him carrying a handgun and two women lying on the floor – not moving.

Officers learned the 29-year old man out of Santa Rosa, whose name is not being released at this time, was wanted for an outstanding warrant for various felonies including domestic battery and assault with a deadly weapon.

Officers arrived to the address and found the suspect had barricaded himself inside the apartment. The SWAT Team and Critical Incident Negotiation Team (CINT) were activated. The team attempted to negotiate with the suspect, but they were unsuccessful, the department said. The apartment building was evacuated as distraction devices and chemical agents were deployed in an attempt to have the man surrender.

Officers eventually entered the apartment and found the man hiding inside. After a brief struggle, during which an officer utilized a taser, the man was taken into custody at approximately 8:32 am, the department said.

Two women were found dead inside of the apartment. The cause of their death remains under investigation and their identities are being withheld pending next-of-kin notifications.

This incident is currently under investigation and any information should be forwarded to Detective Watts at (707)449-5228.

The Vacaville Police Department is on the scene with an "armed barricaded subject," according to a Facebook post made Saturday morning.

The department's SWAT team is working on an active situation in the 500 block of Rocky Hill Road. There is a road closure on Rocky Hill Road between Markham Avenue and Holly Lane, the Facebook post said.

"Evacuations have been made as we investigate a suspicious circumstance at an apartment complex. Distraction devices have been deployed which have caused loud noises. Please avoid the area if possible," the department said.

This is a developing situation. This article will be updated with the latest information.

Governor Newsom is signing legislation to extend CA’s eviction moratorium through 6/30 & provide rent relief for Californians struggling due to COVID-19.