Shane Grammer, known recently for his murals during the Camp Fire, will create this concept to honor Officer Natalie Corona. 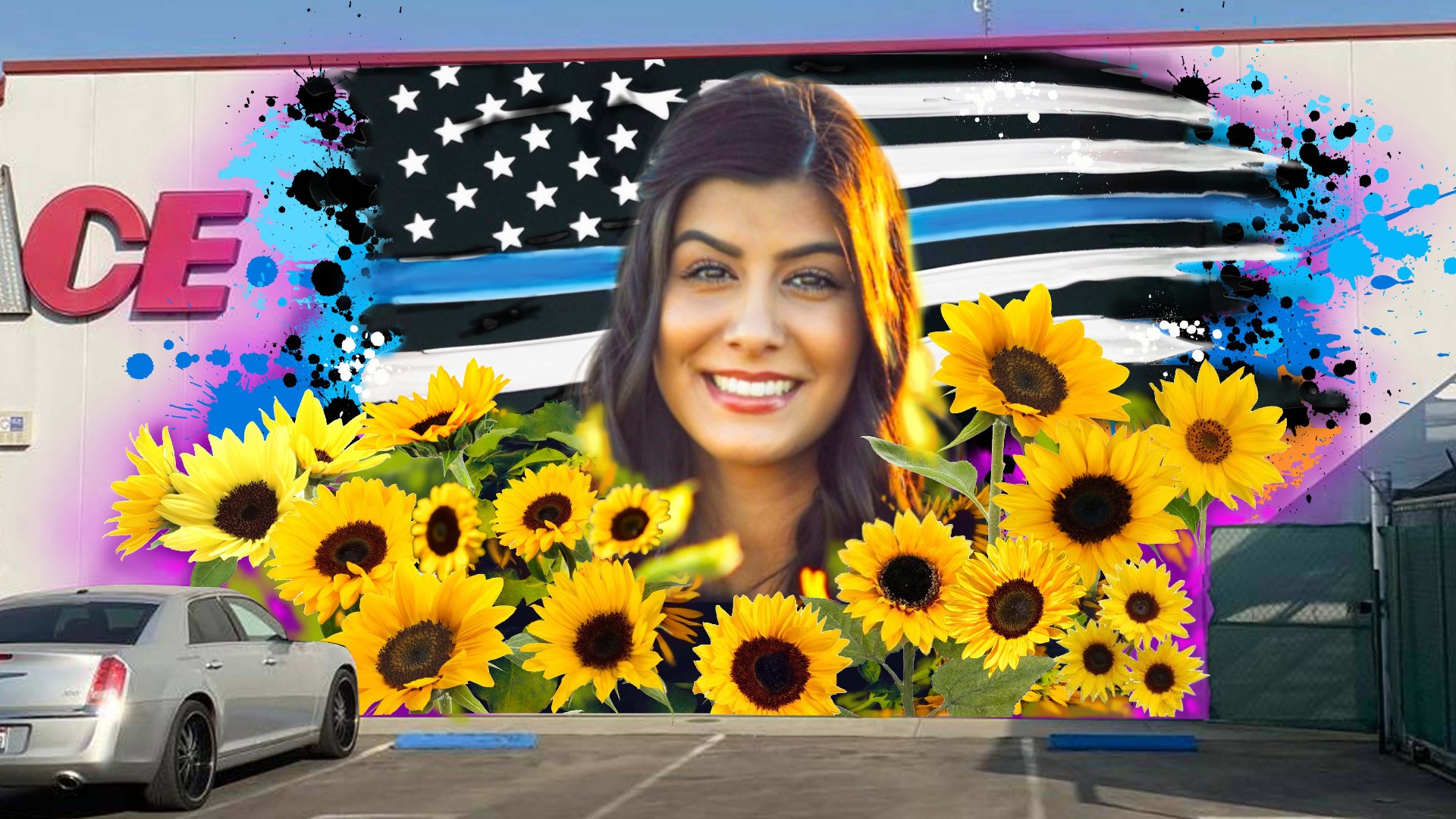 ARBUCKLE, Calif. — In the hometown of a hero, a public display of honor for fallen Davis Police Officer Natalie Corona will go up for everyone to see.

Officer Corona was shot and killed in January 2019 after responding to a car crash in Davis. She was ambushed by a suspect who later took his own life.

"There's a lot of details because of the amount of sunflowers," said Shane Grammer, the artist behind the concept.

Grammer said he will spend a week bringing it to life where Natalie grew up.

"Everything that I've read or videos that I watched, she was a gem and everybody loved her," Grammer said.

Grammer was asked by a friend of Natalie's family to paint the mural outside of the Ace Hardware in Arbuckle. He said her story touched his heart.

"It really hit me hard. Of course, I want to do something like that. I love our law enforcement. I stand for our law enforcement," Grammer said. "I was very honored and excited to do a project like this that has so much meaning."

The inspiration surrounds Natalie. She is the focus, Grammer said.

He will start painting Monday, Oct. 12 with the goal of finishing the piece by Friday, Oct. 16.

"I'll probably want to get Natalie's portrait done faster because I think that would be important to see her come to life first," he added.

She was known for her smile, her warmth, and now for her spirit. Grammer hopes this will be a beautiful place to come and reflect on her life.