After a long battle in the Intensive Care Unit, the infant is home after the life-saving efforts by her father and a Cal Fire dispatcher. 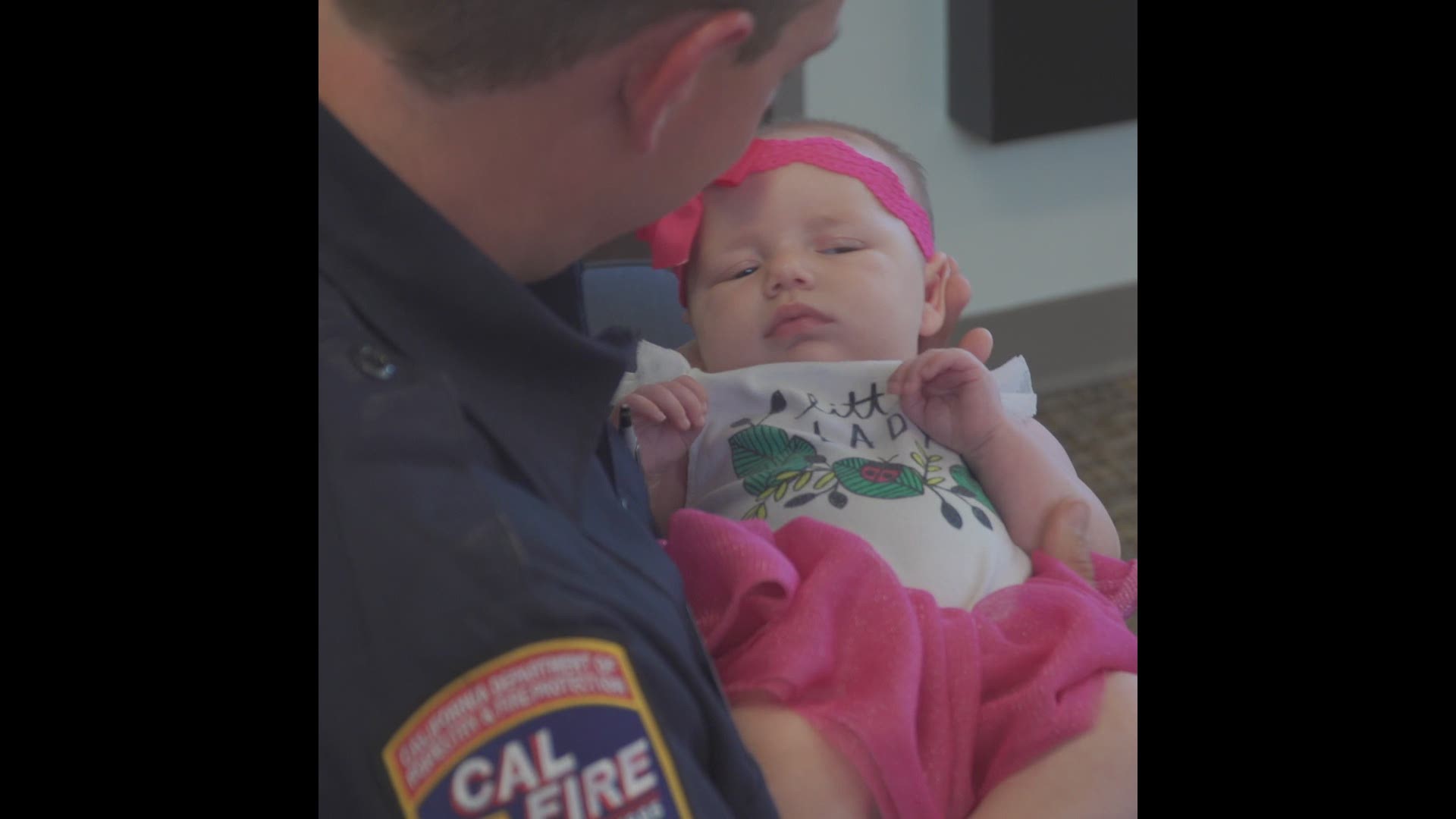 AUBURN, California — After over two months, the family whose baby girl was saved by the help of a dispatcher finally met the man behind the voice on the phone.

Flynn and Chandra Kepler were bracing for the worst when their two-month-old daughter Wren stopped breathing in the early morning of May 13, 2019. The dad called 911 and Africa talked Flynn through the process of saving Wren. Flynn was able to keep his daughter alive until an ambulance arrived.

Wren was brought to Sutter Auburn Faith Hospital and was transferred to the Children's Center. She was cared for in the pediatric intensive care unit (PICU) for a month before being released.

Wren's parents were thankful to the hospital staff and the people who donated to the family's GoFundMe page to help ease the cost of their unexpected PICU visit.

Flynn said after this experience, all parents should know infant CPR before leaving the hospital with their newborn.