An injured hiker was rescued on Sunday with help from Cal Fire and CHP. 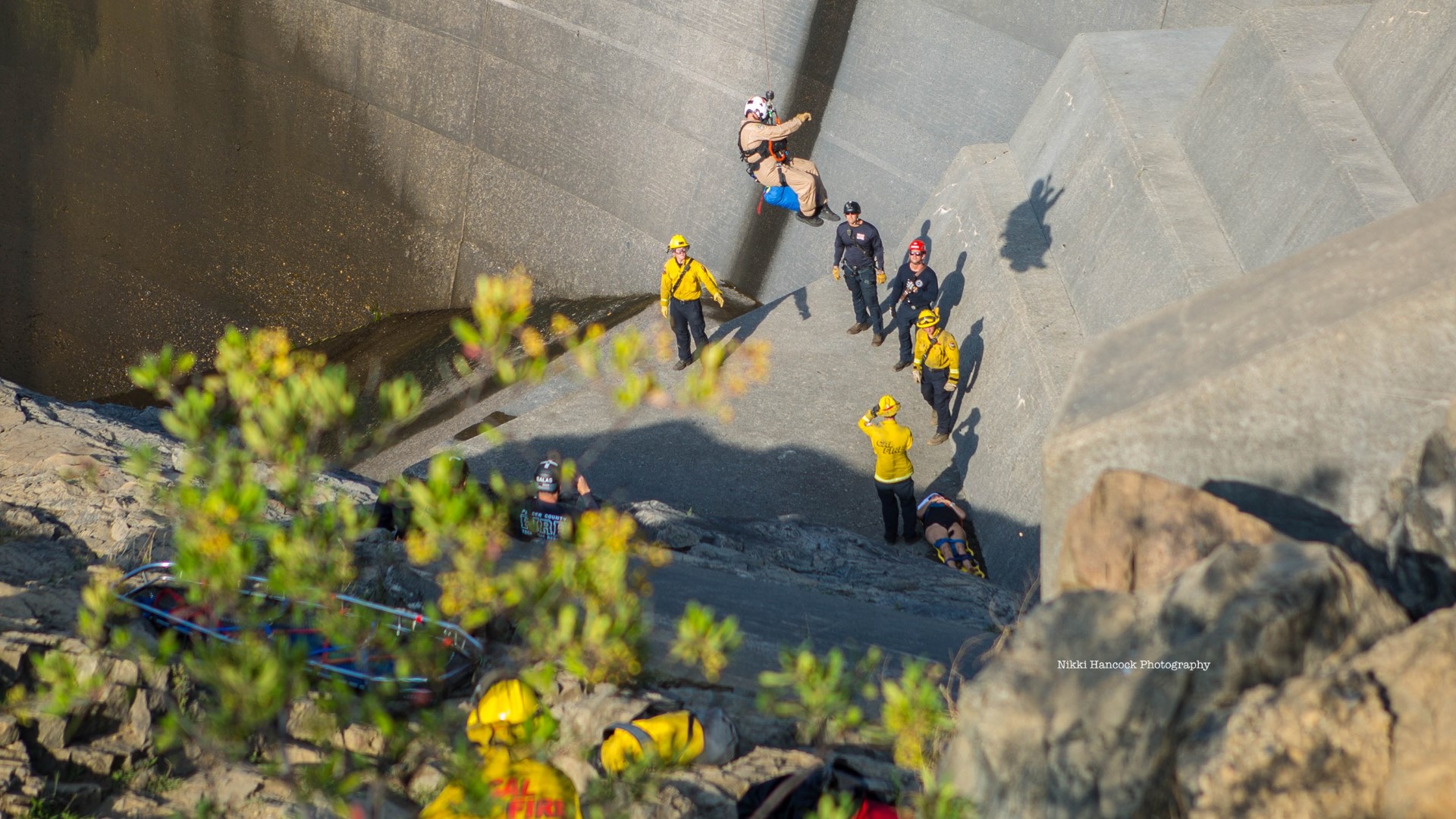 AUBURN, Calif. — The California Highway Patrol have released video of a rescue at Lake Clementine.

The view is from the helmet camera of a rescuer who propelled down toward an injured hiker at the Lake Clementine Trail in Auburn on Sunday.

Cal Fire responded to help the woman who fell.

They decided it would take too long to get her out of there by foot, so they called CHP - Valley Air Division for help.

Officials said Paramedic Calcutt was hoisted down to the injured hiker and helped get her hoisted back up to the helicopter. Afterward, they took her to an ambulance at a Cal Fire station close by for treatment.