TikTok videos are drawing people to California's tallest bridge, but they're trespassing and risking their lives on the girders for content. 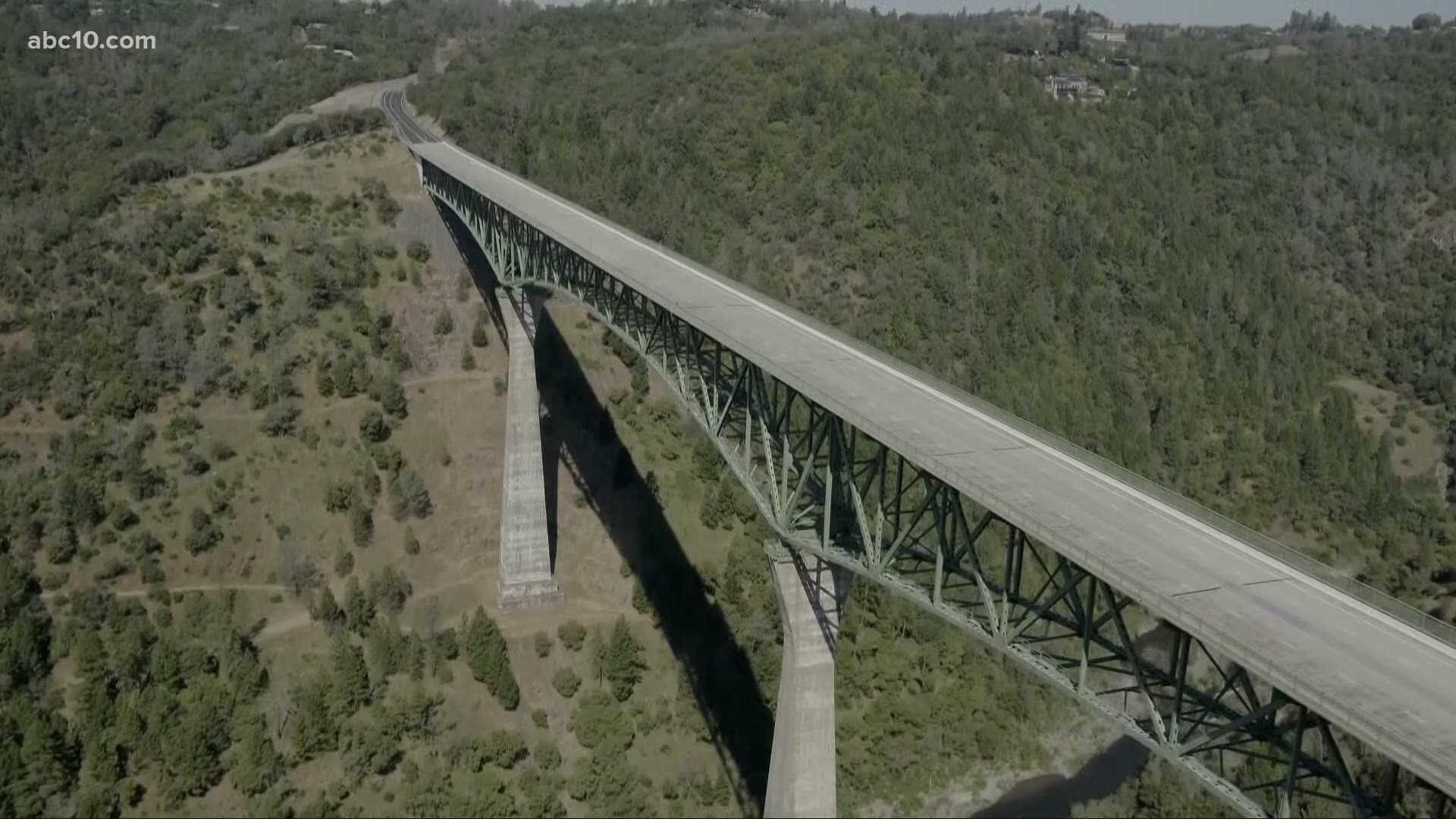 AUBURN, Calif — "Something traumatic happened that changed my life check."

That's what one Elk Grove woman posted on TikTok recently as an update from the hospital, where she was recovering from a fall.

The young woman fell from the Foresthill Bridge in Auburn last week while apparently attempting to follow trends on the social media site TikTok. The woman is now recovering from a broken back and fractured pelvis.

Angela Musallam, a spokesperson for the Placer County Sheriff's Office, said the woman was "so lucky that had she fallen a little bit further off she probably wouldn't have made it."

Musallam says the woman fell 20 feet off a girder while trying to take video and pictures for social media.

The daredevil trend to climb California's tallest bridge is making its way across Tik Tok, as it has in previous years on other social media platforms, such as Instagram.

It's not only dangerous, it's illegal.

Musallam says about 30 people have been cited in the past month, an increase, potentially linked to people itching to get outside during stay at home orders.

"It's really not worth you getting fined, going to jail, or getting injured, or worse- dying," Musallam said.

The sheriff's office is stepping up patrol and enforcement.

"As beautiful as it is, it just isn't worth the risk" said one Sacramento Tik Tok user HeidiWilson197, who posted a warning to others after getting a citation.

She said the consequences — a fine of up to $2,000, possible 6 months of jail time, and putting first responders in danger — just aren't worth the risk or the content.

She said if people do want to see the bridge and the views, then go on the bridge itself or the many trails in the area.