Nicole Bray runs the food pantry and delivers food and supplies to those in need on Fridays. 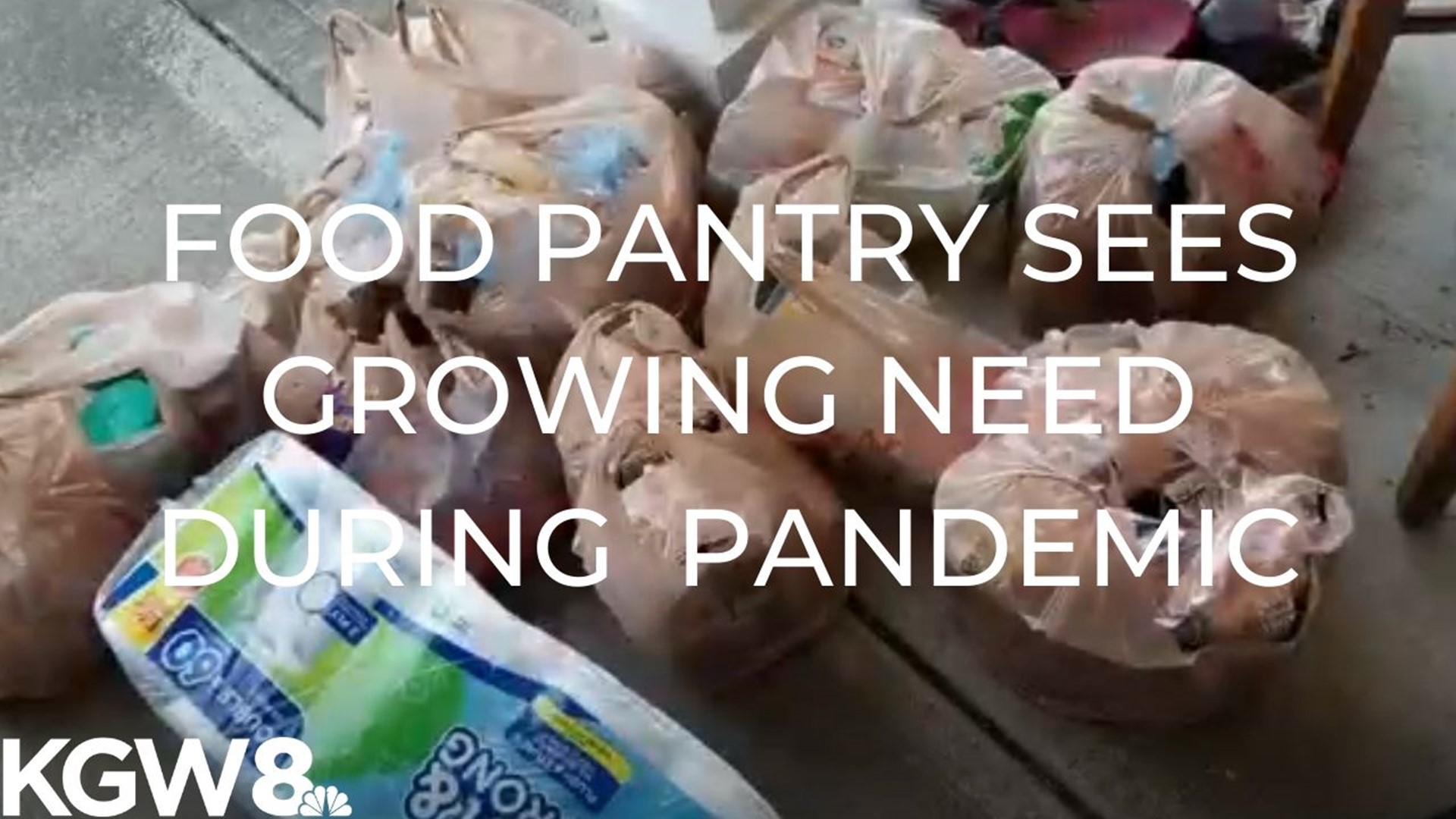 BATTLE GROUND, Wash. — It's been a month since Washington Governor Jay Inslee ordered all schools to close and turn to online learning. That sent thousands of students across the state home for what would turn out to be the rest of the school year.

In Battle Ground, the school district operates a food pantry for the 1,893 students that attend Battle Ground High School. During the school year, students could prearrange a time to pick up food items from the pantry and take them home for themselves or their family.

Nicole Bray runs the food pantry and said during the school year, she had helped 17 students that were part of a family in need or lived alone. According to the district, 22 students are enrolled that are homeless and 27.5% are considered low-income and part of the free and reduced lunch program.

"The students would just come to my classroom, pick up their bags on Fridays, so it wasn't too much work," Bray said.

On March 13 when schools closed, access to the pantry closed, too. Bray kept going though and turned her second living room into a makeshift pantry. During the week, donations are dropped off from community members or stores and with the help of the Share House in Vancouver and the district's Family and Community Resource Center, they help deliver food those same families.

"Now it's just gotten so big that my admin team is so incredibly awesome, the community is. I mean, people just dropping stuff on my doorstep, it's just crazy. It feels so good to see that part of the community."

Bray has seen the need grow and double in size. What was 17 students has more than doubled to 35 and on Monday night, a district-wide email was sent to families opening up the food pantry for every student that needed access.

"I think there are a lot of people that don't want to ask for the help, even though they need it," said Bray.

Bray, along with a volunteer from the Family and Community Resource Center, drive around on Fridays delivering the food and dropping them off on the front porches with no contact.

"Friday we start delivering at 9 in the morning and we have gone as late at 3 in the afternoon," Bray said. "We put them on the porch, we ring the doorbell or we send a text message."

This week she says she's doing sort of a theme. "We have a lot of chili. So we're doing hot dogs, hot dog buns, saltine crackers."

If you'd like to learn more about how you can help the food pantry or are in need of food as a Battle Ground family, head to the district's website to learn more.