“The lack of access, lack of awareness, lack of education about the disease...just too many lacks that I know we could overcome," - Tammie Denyse 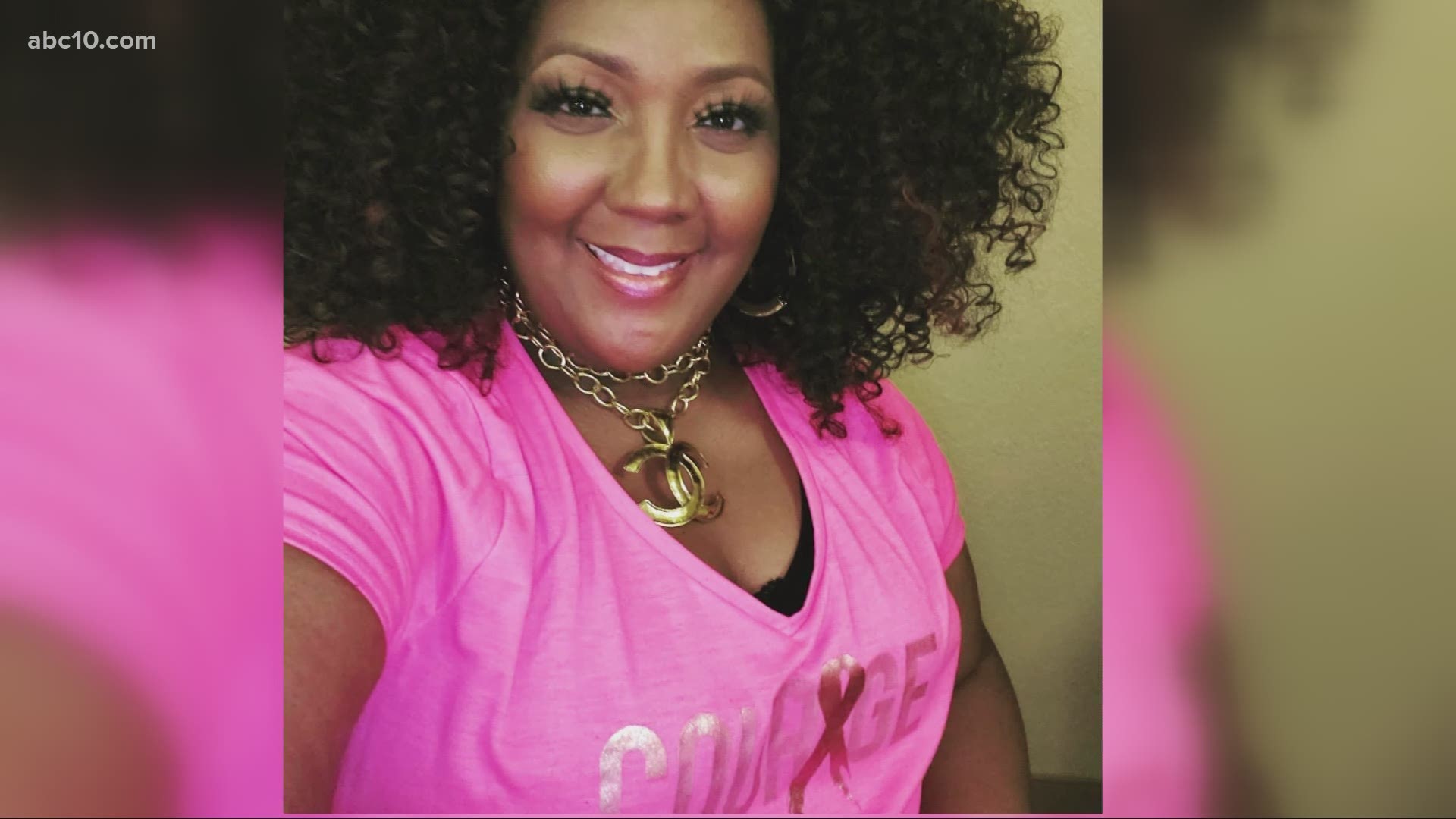 SACRAMENTO, Calif — Each October, curing Breast Cancer Awareness Month, outlets across the country talk about the fight...the statistics..the treatment...the emotional journey. But you don't always hear about the disparities.

Tammie Denyse founded Carrie's Touch to stand up to those disparities after learning that Black and white women get breast cancer at about the same rate. But Black women die from breast cancer at a higher rate, according to the CDC.

It's a statistic she and her group at Carrie's Touch, a cancer support group, are trying to change.

Denyse knows full well what it's like to go through breast cancer as a Black woman. She's a survivor, and says finding out about her diagnosis wasn’t easy.

"I was driving in the car on my way to San Francisco. My doctor called me and said, ‘You got a minute? I have the results of your biopsy. Those tumors came back positive. You have breast cancer. You'll need to find a surgeon. Okay, be safe.'" Denyse said, recounting how shocked she was at how simple the conversation was, considering the seriousness of her diagnosis.

It was that cold experience and the realization that she's not alone in what she thought was truly a lack of medical and emotional support, that led her to start Carrie's Touch.

“The lack of access, lack of awareness, lack of education about the disease, lack of trust - that was just too many lacks that I know we could overcome," she said.

In recent healthcare disparities studies of the Black community, the National Institutes of Health found that Black women don't get the same access to healthcare or have the same health outcomes as white women.

The studies show that leads to more morbidity rates -- illnesses and diseases claim the lives of Black women more than in a community of White women.

"Minority women face many challenges when it comes to medical care, and they often have a greater need for medical care owing to higher levels of morbidity and comorbidity," the study reads, going on to add that. "Many racial/ethnic minority populations have lower levels of access to medical care in the United States than do Whites." Click here to read more about the study.

Denyse said she saw lots of research supporting those statistics, and it can be overwhelming trying to figure out what to do.

"The disparities are true but there’s 59% of us that are surviving this thing. If we start making noise and celebrating who knows what’s possible."

RELATED: I turned 40 and got my first mammogram. Now, I have to go back for a biopsy.

Denyse and Carrie's Touch are working to raise awareness about those disparities in healthcare, so when another Black women has to face diagnosis, she's armed with the support she'll need to fight the disease and the healthcare system.

Click here for information about Carrie's Touch, or how you can support their work and get involved.

WATCH ALSO: When should you get a mammogram?