As officers approached him to make contact, police said Craig Williams, "refused to talk with the officer and was uncooperative." 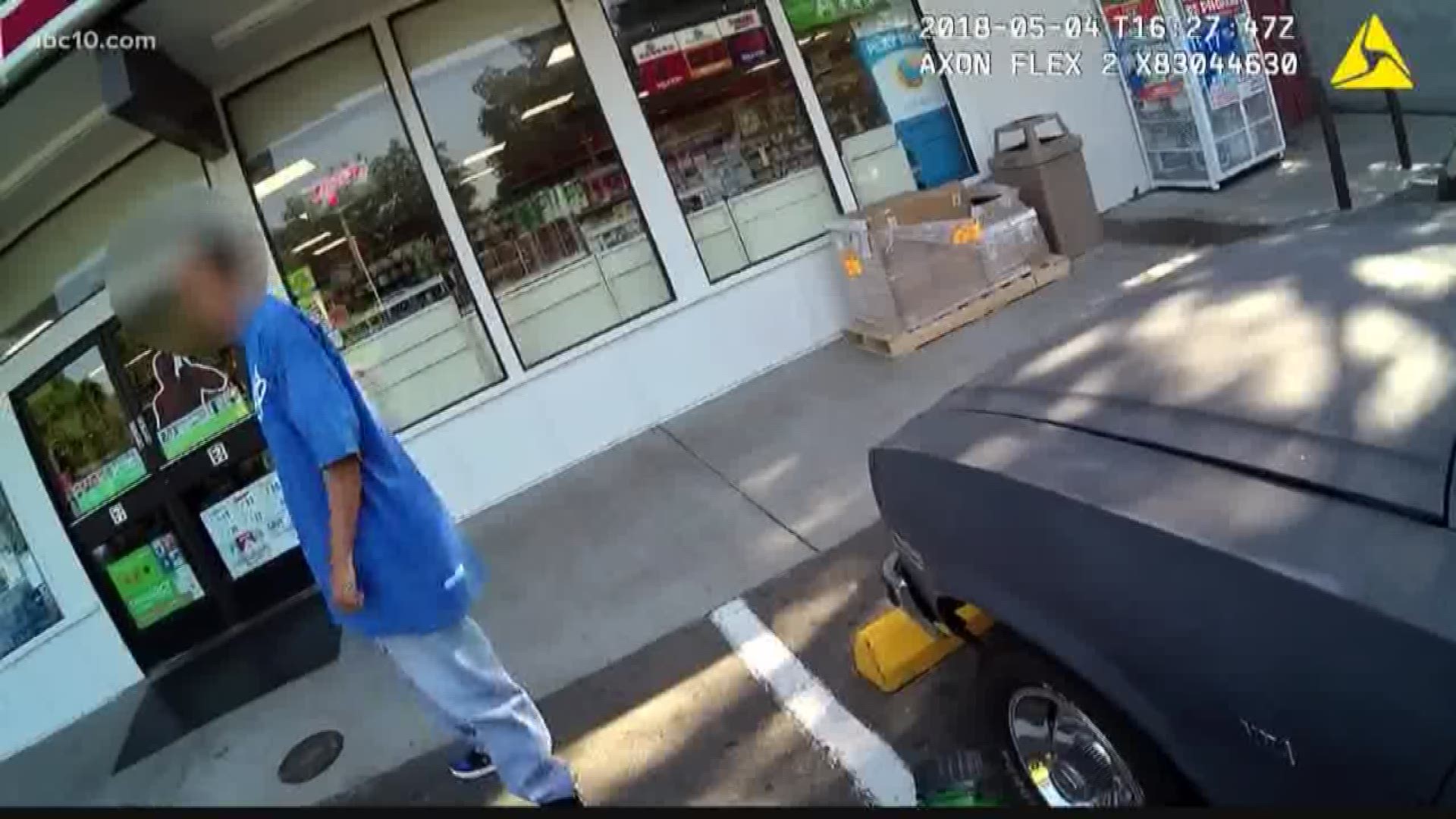 The Sacramento Police Department has released body camera footage after a Sacramento man was arrested when police say he left his car idling and playing loud music outside a 7-Eleven in south Sacramento.

The police department said the driver, 40-year-old Craig Williams, was in violation of Sacramento City Code 10.36.090, which states:

“It is unlawful and a misdemeanor for any person driving or in charge of a motor vehicle to permit it to stand unattended in any public place, or any used or new car lot, or private or public parking lot, without first stopping the engine, locking the ignition and removing the ignition key from the vehicle. The registered owner of a vehicle found in violation of this section shall be held prima facia responsible for any such violation.”

As officers approached him to make contact, police said Williams, "refused to talk with the officer and was uncooperative." The officer then attempted to detain Williams, but he was "resistive." After a brief struggle, Williams was taken into custody.

The Greater Sacramento NAACP Branch stated they were disappointed in the behavior from law enforcement in this case and released a list of demands for the police department.

You can view each of the four body camera videos below.

WARNING: Profane language is used in the body camera footage.