Video shows the officer get out of his car, and within seconds, begins shooting, unloading his entire magazine at the teenager as he ran away. 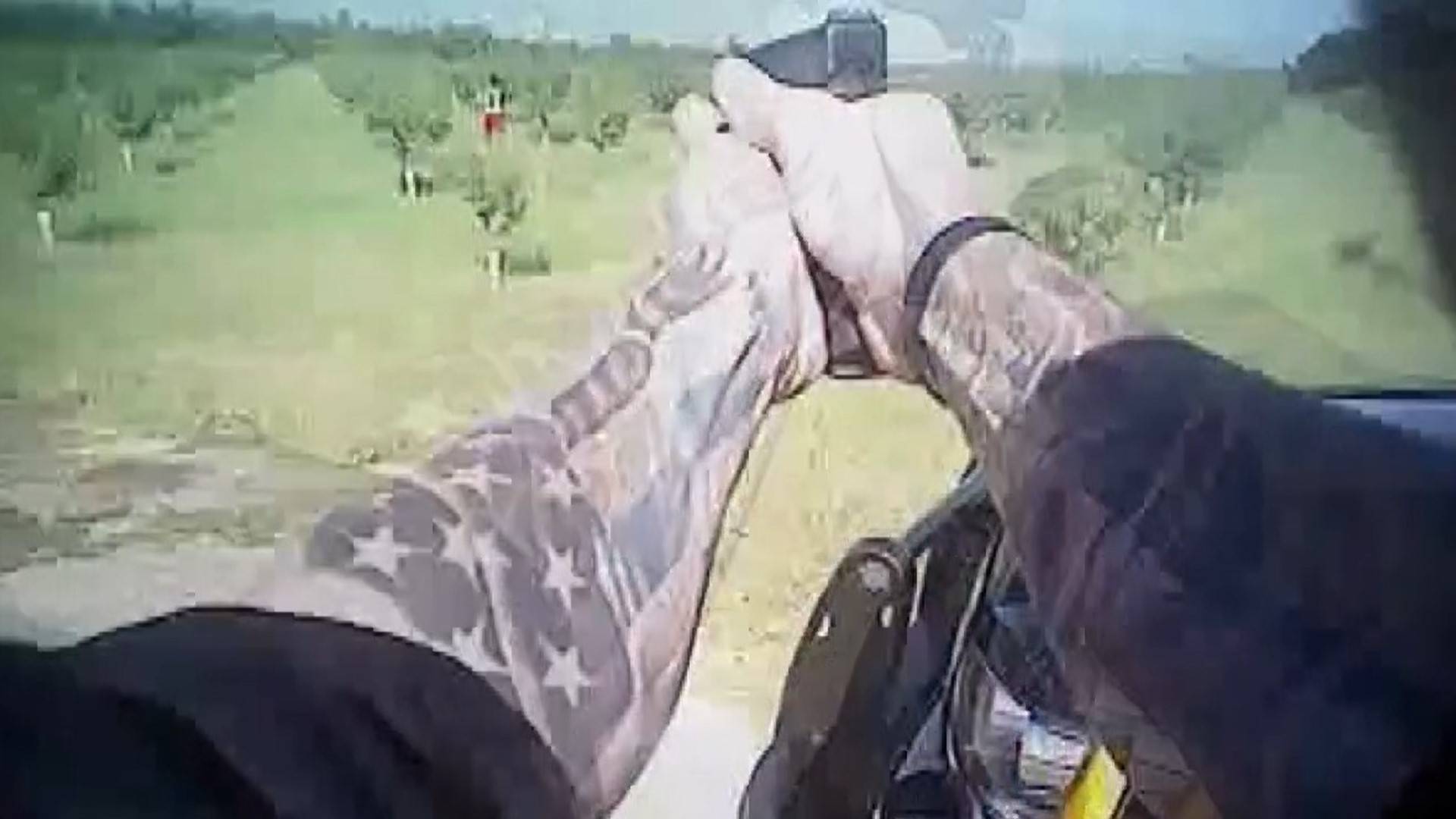 CERES, Calif. — The Ceres Police Department released body camera video Wednesday showing one of its police officers shooting and killing a 15-year-old boy while he was running through an orchard back in August of 2018.

The video, which was released following a $2.1 million settlement with the victim's family, begins with Officer Ross Bays chasing a black Lexus just east of Ceres. When the car stops, Carmen Spencer Mendez falls out of the passenger side and takes off running through an orchard.

Officer Bays gets out of his car, and within seconds, begins shooting, unloading his entire magazine at the teenager as he continued running away. The officer did not give any verbal commands or warnings before firing his gun, the video shows.

After reloading his gun, video shows the officer telling the boy repeatedly to get on the ground. He then called in "shots fired" over his radio.

According to Stanislaus County Sheriff's officials, Bays was responding to reports of someone brandishing a weapon at a local skate park when he began chasing a black Lexus that was reportedly involved in a hit-and-run.

(Warning: The below video is the full, unedited body camera footage released by Ceres Police Department. The images and sounds are graphic and may not be suitable for everyone.) 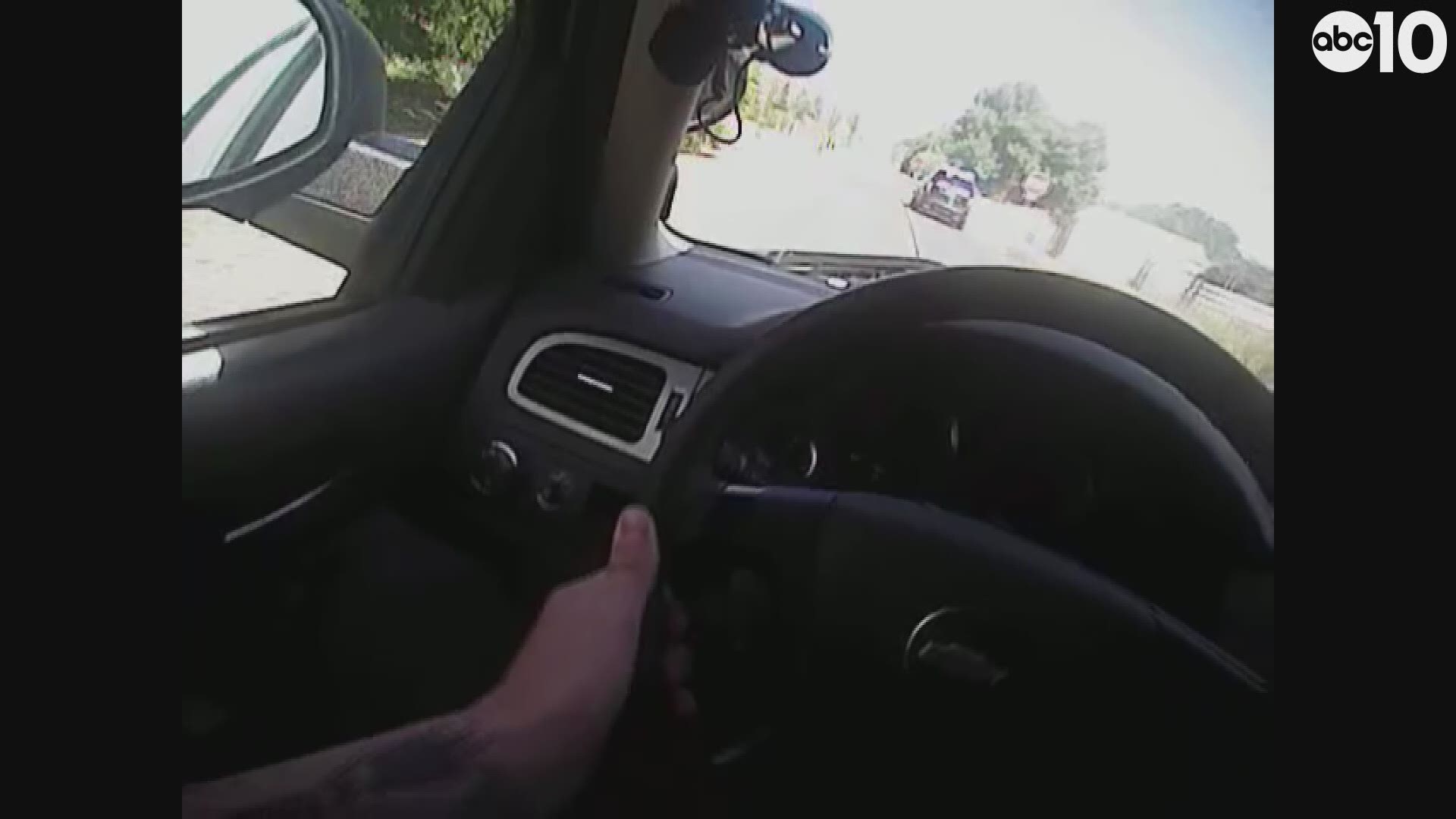 Police officials initially said Mendez dropped and picked up a handgun as he was getting out of the car. After the shooting, police found several guns in the car.

Three other juveniles in the car were detained, but subsequently released to their parents. A fourth passenger was arrested on an unrelated misdemeanor warrant.

ABC10 reached out to the Ceres Police Department for comment and they declined, saying this case is still under review by the District Attorney's office.