Clifford Robinette is making a change at 101 years old: He and his wife are moving out of their longtime home. 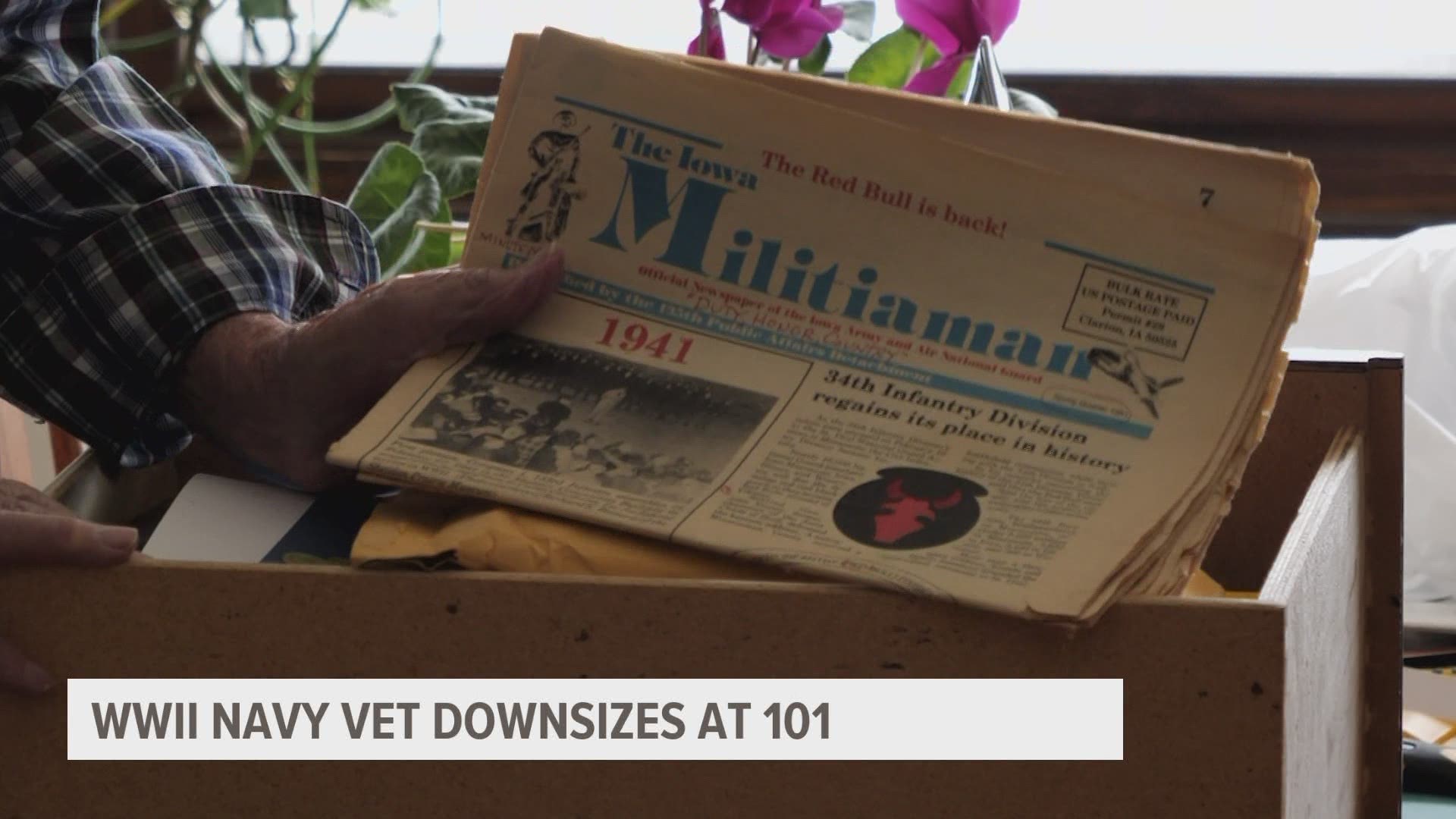 When you've been around as long as Clifford Robinette, you collect 'stuff'.

Stuff to most of us, but it's a century of memories for a man who rarely forgets.

At 101 years old, the World War II Navy veteran and his wife are making a change: moving out of their longtime home and moving in with their daughter.

After 46 years in the home, the move is bringing Clifford down memory lane.

"[Bud] died right here and we lost three or four hundred men right there from my buddies," he says, pointing at  a map of North Africa. "Guys from the 34th Division from Des Moines."

The memories take him back to a day at sea in the Pacific on board his ship while serving in the United States Navy.

"And I looked out toward Barbers Point and across the sea and there was three wakes, torpedo wakes coming right at us," Clifford says. "And I watched that torpedo go and it disappears under the ship and I turned around and looked back and there it went."

"And it went up on the beach and didn't explode."

An error in depth by a Japanese sub that likely spared his life, and a moment he realized more than ever during a Boone County Freedom Flight trip in 2015

"What a privilege it was to go there and see ... I saw the names on the wall that I knew in the Navy and Army National Guard. Yeah, special time."

It wouldn't be so hard to leave this home behind if Clifford hadn't played such an important role in building it.

"Yeah I laid out and designed every part of it, even the windows."

But as he's learned living through numerous pandemics, wars and life's ups and downs, one word keeps him moving forward

"It takes me back down to the word faith. That's it. Without faith you can't do anything."