Manley has been acting chief since December 2016, when former Police Chief Art Acevedo departed for Houston. 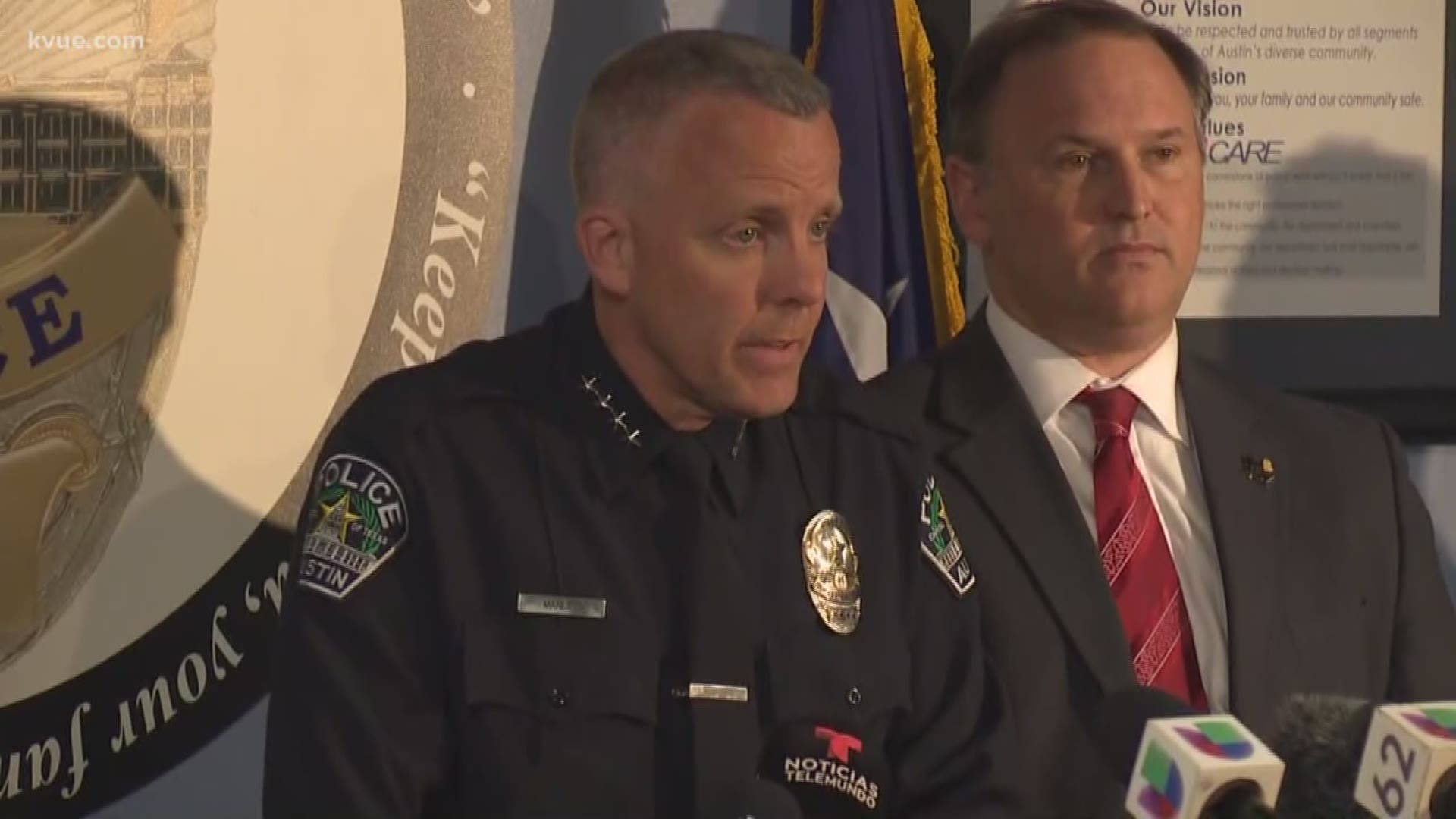 AUSTIN — Austin Interim Police Chief Brian Manley will be named the lone finalist in the city's quest to name a permanent chief and will now embark on a process in which the community will be invited to provide input.

City Manager Spencer Cronk, who took office in February, said the city will hold two community forums on May 7 and May 17 for the public to vet Manley as police chief.

Cronk said at a press conference Monday that Manley has "performed admirably" and with a "deep knowledge of the community" as interim chief. He added that hiring a permanent chief should be a long-term investment, and so he is counting on the public to have a dialogue with Manley about his vision and what issues they would like their next chief to address.

Based on feedback, Cronk will decide whether to permanently appoint Manley or open the position to a national search.

Manley has been acting chief since December 2016, when former Police Chief Art Acevedo departed for Houston.

Manley said at a press conference Monday that serving as interim police chief "has been my greatest honor."

A reporter at the press conference asked Manley what the community should have taken away from his handling of the Austin bombings investigation. He said his role was utilizing the many resources that were brought to Austin and communicating with the community to keep Austinites safe.

During his tenure as interim police chief, Manley said he has reorganized the department. Going forward, he said he would like to focus on how the department does community policing.

Manley said he worked with Acevedo for more than nine years. He said he learned from the former police chief the "importance of community" and transparency.

After hearing the news that Manley was named the "lone finalist" in the Austin Police Department's chief search, Acevedo tweeted out a congratulations post.

In that time, he has received community support -- particularly after the bombing attacks in March, when some city council members expressed frustration that Manley has not been named permanent chief.

Others, however, have said the city is better served by conducting a national search.

Some community groups, including the NAACP, have said that they enjoy a positive relationship with Manley but would like an opportunity to provide formal input.

Manley, 50, is an Austin native. He would be the first chief in decades to be appointed from within the agency instead of a national search.

“Brian Manley has served as Interim Police Chief with exceptional aplomb. His steadfastness as a leader has endeared him not only to those of us who live here, but to people far beyond our famous Austin City Limits. We have worked side-by-side with him to address myriad challenges and opportunities, and have found him to be a man of great integrity and grit who is blessed with good common sense and a genuine compassion for the city he serves. We each have pending criminal justice related initiatives and reforms on hold awaiting the appointment of a permanent Police Chief. Brian Manley is the partner we need now to successfully implement them. It is our distinct honor and pleasure to support his nomination as permanent Chief of the Austin Police Department.”