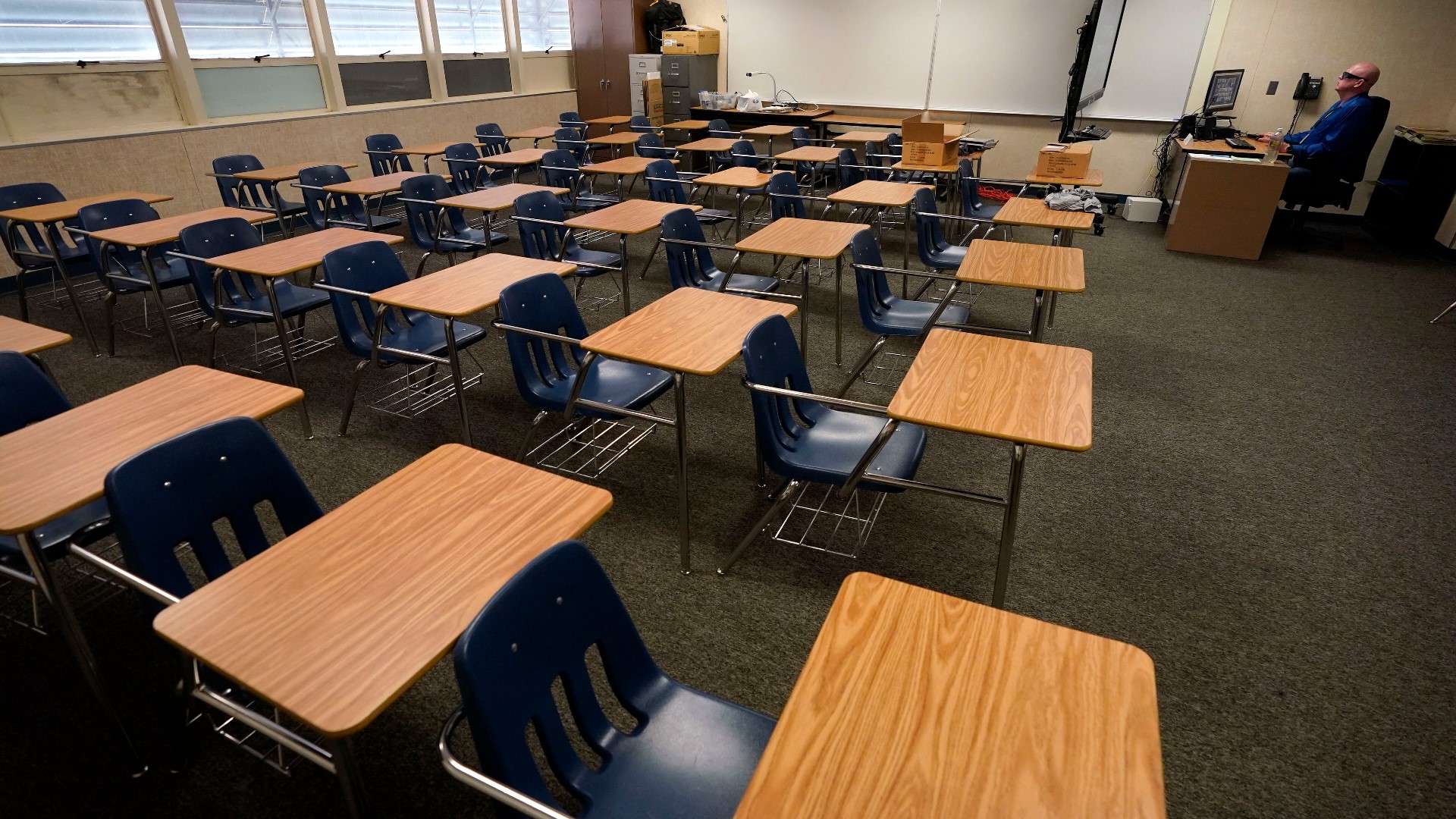 SACRAMENTO, Calif. — In a year with many ups and downs in industries across the state, it's perhaps no surprise that California community colleges also saw a general decline in enrollment in 2020.

According to a study from EdSource published on April 12, 2021, "more than 260,000 fewer students enrolled in fall 2020 compared to fall 2019" statewide, representing a roughly 16.8% decline. The study looked at 111 out of 116 community colleges in the state that had available enrollment data. The drop actually differs from trends of past recessions that saw more students enrolling in community colleges, according to Census data on the Great Recession.

Modesto Junior College Acting President Dr. Santanu Bandyopadhyay says last year was unlike any other, though.

Modesto Junior College [MJC] saw a decline of about 19.8% in enrollment according to EdSource's data. That high of a percentage was seen pretty much across the board for the state. Some colleges saw less students enrolling by smaller margins, and some by much larger — College of the Siskiyous in Northern California lost about 56% of its students, going from 3,095 to 1,353 students in 2020.

However, of the six schools polled for the EdSource article that saw increases, two of those were in the Sacramento area.

Los Rios Community College District [LRCCD] has four schools in total. Gabe Ross, Associate Vice Chancellor of Strategy and Communications for LRCCD, believes there are many factors at play for why the district's smaller schools — Cosumnes River and Folsom Lake colleges — saw a slight increase in enrollment, whereas the much larger Sacramento City and American River colleges saw decreases.

These colleges increased enrollment by a small number of students. Cosumnes River College saw an increase of 0.95%, or 132 students. Folsom Lake College increased by 0.65%, or 54 students. Some of that movement could have been between the larger and smaller colleges in the district.

However, Ross says some of the increase can be credited to the accessibility of online classes. With community college enrollment typically flat throughout the years, the growth of online classes has also meant some growth in enrollment.

"Our enrollment would have been declining in that environment before starting with the COVID pandemic," Ross said. "So, we know that there's demand for online."

So, which students were most impacted by the enrollment decline?

LRCCD primarily serves low income students and students of color. According to the district's website, over 30% of students are below the poverty level while almost 24% fall into the low income level. The district also serves a large Latino population at 27.8% of students.

"When we serve predominantly low income communities and students of color, we're going to see that those are the communities most impacted by enrollment decline," Ross said. "And that's certainly been the case in Los Rios."

MJC also serves a large Latino population and is a designated Hispanic-Serving Institution [HSI]. Similar to LRCCD, Bandyopadhyay says that when it coms to determining which groups were most impact by the enrollment decline for MJC, it is "difficult to quantify." He says that across demographics, "all of them" were impacted.

"I think colleges up and down the state have experienced a large enrollment drop," Bandyopadhyay said. "When we try to quantify that as precisely as '4,000' or 20% or what not, I take that with a grain of salt."

Bandyopadhyay says one factor he considers about this data is that people might not know that schools are open, and not just for online classes.

MJC, for the most part, never closed during the pandemic. There was a period of two days where the school transitioned online. Other than that, MJC has been open with online and in-person classes.

Though there are certainly students who have decided to simply pause their education until the pandemic is over, working students are perhaps the most impacted by the pandemic when looking at enrollment.

"A number of our students, many of our students, typically work while they're in school," Ross said. "And so the pressures of trying to do those things concurrently in the middle of a pandemic with the economic and public health pressures are real."

Both MJC and LRCCD have resources available for those students in need.

MJC provides loaner laptops to students. There are also grants and other opportunities through federal COVID-19 funding that could allow a student to cover all of their costs to attend MJC.

LRCCD also has funding to help students get their education for no cost, including up to $2,400 in grant funding on top of tuition reimbursement.

"Look, I think we're all cautiously optimistic, the direction that we're heading, and we are expecting a fall semester that will have a significantly greater number of on-ground classes than we had this year," Ross said on looking ahead to LRCCD's 2021-22 school year.

He added that more online classes would still be available even with in-person classes ramping up again, and that this is some positive news, as online classes can be more accessible to some.

"We want to make sure that we have options for all of our students, that are accessible, affordable, and really are aligned with what their goals are," Ross said.