California Fires: How the National Guard is planning to help

Last year, the California Guard played a vital role in assisting state and local officials in firefighting. At the height of fire season in October, some 2,500 troops were deployed to aid in firefighting and relief the efforts. 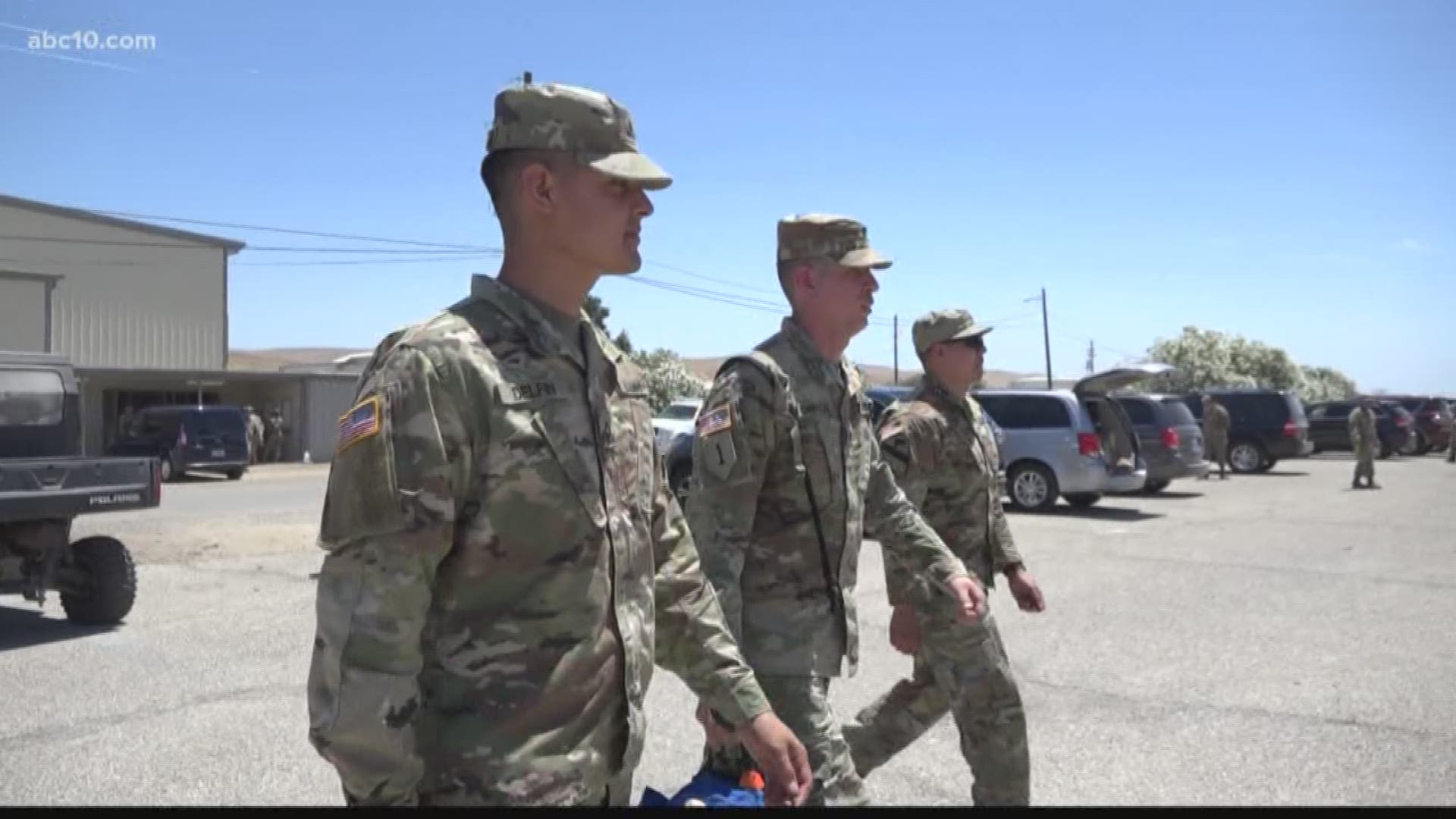 The California National Guard has activated troops to begin wildland fire training, the earliest in five years, to assist state officials in what's expected to be a treacherous fire season.

“It improves our initial attack capabilities," said CAL Fire Division Chief John Winder." To have a reserve force like this to come in and do some of that work that has to be done.”

For nearly 20 years, CAL Fire has helped train Cal Guard members to attack wildland fires, an issue which each year destroys homes, claims lives, and burns hundreds of thousands of acres of forestry across the state.

At the height of fire season in October, some 2,500 troops were deployed to aid in firefighting and relief the efforts. This week, National Guard crews are undergoing firefighting training at Camp Roberts in San Miguel.

20 person California National Guard crews will work hand in hand with CAL Fire, including a CAL Fire captain and firefighters -- They'll learn to mop up, patrol, and secure the fire lines edge.

The National Guard force is meant to serve as the last form of defense when all civilian and private resources have been exhausted.

The recent decision to activate Cal Guard troops has come for a number of factors including those in and outside of California.

There are currently 23 large fires burning across the United States, according to the National Interagency Coordination Center. There are more than 12,500 fire personnel working on fires that have burned more than 1,000,000 acres so far this year.

Resources are being pulled from agencies throughout California, including private contractors, to aid in firefights that began early in Arizona, Nevada, Wyoming, and Colorado.

With resources out-of-state battling other fires, the Cal Guard remains an option in the event that more resources are needed.

Cal Guard ground crews were activated on July 10 to undergo training, but have yet to deploy to the fire line.

In 2017, Cal Guard ground crew troops were activated and brought in for training on August 31, according to Cal Guard officials. Those crews were deployed to the fire line in early September 2017, within days after they completed training.